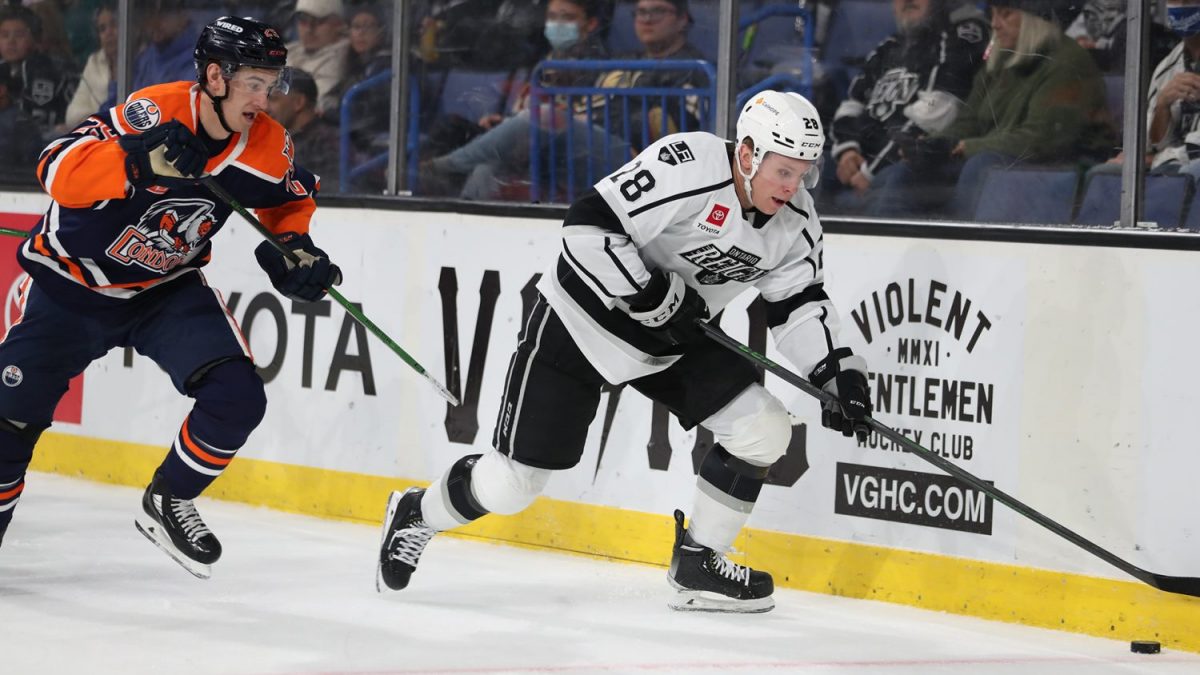 After a split in Stockton, the Ontario Reign takes on the Bakersfield Condors in the fifth game of their six-game road trip.

Three things to watch for in tonight’s game:

Bakersfield has plenty of good players like Marody, but it will be very important for the Reign to make sure that he, alone, doesn’t do damage tonight. They might not shut him down completely, but they have to make sure he isn’t a factor. Will Ontario be able to make him a non-factor tonight? We’ll just have to wait and see.

Four of the five meetings between the two teams have been decided by one goal, and the last three games have gone to overtime or a shootout. If history repeats itself, we could be in for another close game from these two clubs.

All of the games decided by one goal have had the final score end up being 3-2 (where have we heard that before?). Playing on the road and with the possibility of being a close game, the Reign will need to get off to a good start and strike first early. Every game from here on out will be important.

The puck drops at 6:30 pm PT in Bakersfield at the Mechanics Bank Arena and can be seen on AHLTV.

Even though it is Valentine’s day, there will be no love on the ice between these teams.