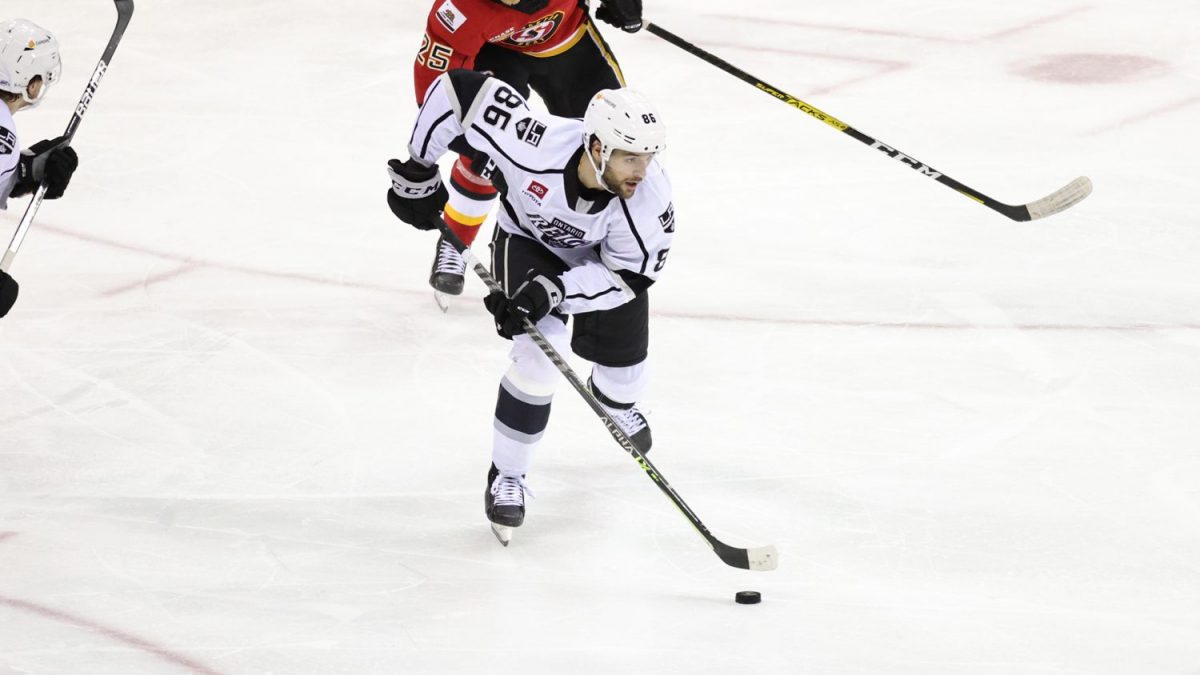 A back and forth thriller eventually saw the Ontario Reign drop last night’s game in a shootout to the Stockton Heat.

On Saturday, the Ontario Reign finally had success against the Stockton Heat number one ranked penalty kill. Ontario went 3-for-5 on the power play and scored at the end of both the first and second periods.

SAMMY ON THE PP! TIED AGAIN AT 4-4! pic.twitter.com/EawcelkAuc

It was the first time all season that the Heat allowed three power-play goals in a game. The Reign scored on their first power play of the game, ending a string of 10 straight successful Stockton Heat penalty kills.

In addition to going 3-for-5 on the power play, the Ontario Reign went a perfect 4-for-4 on the penalty kill as well.

Gabriel Vilardi scored two of the three power-play goals for the Ontario Reign. It was his seventh power-play goal of the season for Ontario and his first two power-play goal game as well. After Saturday, Vilardi has now registered 8 goals and 12 assists for 20 points in his last 16 games.

Earlier in the second, @Gabe_Vilardi13 got us one closer with his second PPG of the game! pic.twitter.com/7J0AiUhlEB

The 2017 first-round pick was sent down to Ontario in November and has transitioned from the center position to the wing.

As Vilardi continues to contribute in games like last night for Ontario, perhaps we can see him back with the big club. With the NHL trade deadline just five weeks away, Vilardi has made a case for himself deserving of a call-up.

3. Stockton hangs on to first place

Last night’s game had a bit of everything. There was a lot of hitting, a fight, power-play goals, high scoring, and lots of energy. It had a playoff-like feeling with first place in the division on the line.

Ontario was down two goals twice and managed to claw their way back and ended up tying the score 5-5 with 2:30 left in the game. No team would score in the overtime, and it would be decided by a shootout where Heat forward Martin Pospisil scored the game-winner in the 4th round.

A back and forth game went all the way down to the wire, but ultimately the Stockton Heat prevailed 6-5 in a shootout. The Reign came into this matchup looking for the sweep and first place in the division but were denied. With the win, Stockton hangs on to first place and now has a 2 point lead in the standings on Ontario.

A thrilling game played by these two division heavyweights gave us a bit of everything. Although they didn’t complete the sweep or take first place in the division, the Reign did take 3 out of 4 points in the weekend series.

The Reign train now travels to Bakersfield to take on the Condors on Monday at 6:30 pm PT.