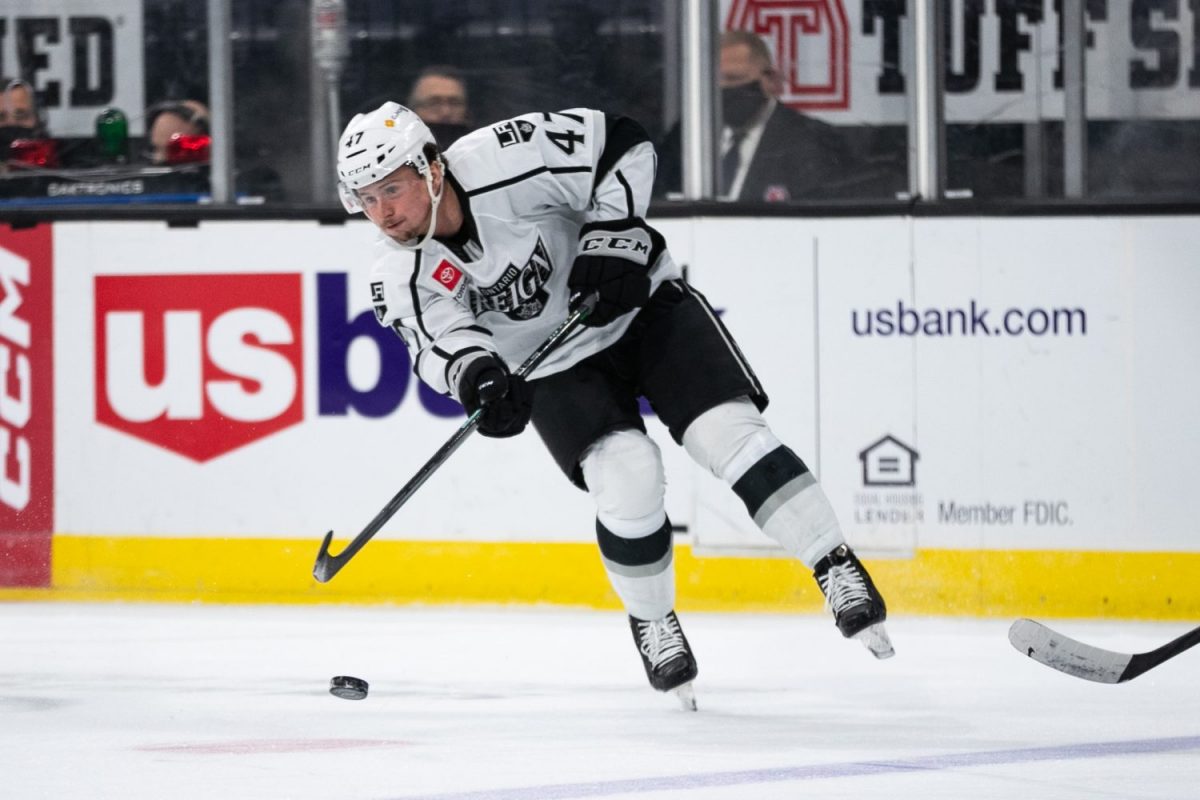 The Ontario Reign will play their final home game in January before heading out for a six-game road trip to start off February.

One of the biggest reasons for the Ontario Reign’s success this season has been their ability to get off to great starts. After getting off to a slow start against Stockton on Saturday, it is important for the Reign to get back to a quick start tonight against a struggling Barracuda team.

Jordan Spence has been very impressive of late. The fourth-round pick in 2019 by the LA Kings just turned pro, and the 20-year-old is in his first year with the Ontario Reign and hasn’t disappointed with his play. On opening night, Spence was on the third defense pair because Kale Clague and Sean Durzi were on the first and second defense pair.

With Clague in Montreal and Durzi graduating to the big club, Spence has been moved up to the top defense pair with Cameron Gaunce and has seen time on the top power unit as well. Spence is currently on an 11 game point streak where he has recorded two goals and 12 assists for 14 points in that span.

Spence has been very noticeable since the turn of the calendar year on the power play with his passing and showing that great shot of his. Spence currently is 3rd in scoring on the team. Let’s see if Spence can keep that point streak alive tonight.

However, since their matchup against the Abbotsford Canucks on January 17th, the Reign have killed off 23 of their last 26 penalties. That is a success rate of 88.5%. It’ll be essential for the Reign to continue that success on the penalty kill tonight because Barracuda’s forward Scott Reedy leads the league with 10 powerplay goals.

If the Reign look to keep the penalty kill improving, keeping him off the scoresheet will be critical.

The puck drops at 7:00 pm PT at Toyota arena and can be seen on AHLTV.