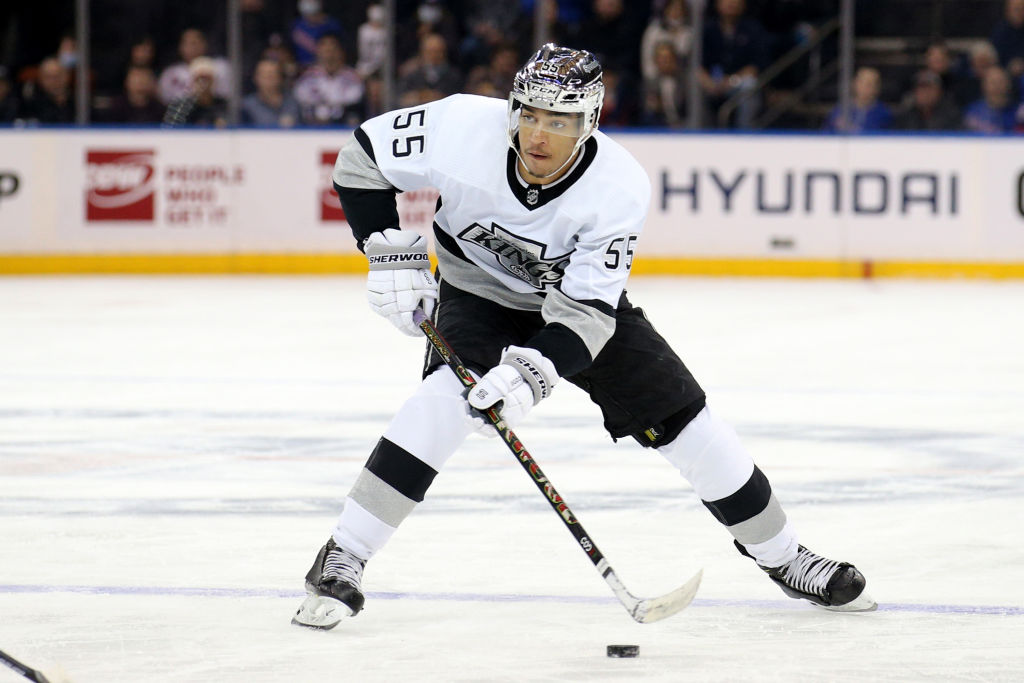 Despite blowing a two-goal lead in the third period, the LA Kings earned themselves a big two points and a character win in Pittsburgh on Sunday.

A few takeaways from the contest:

1. Much better start than Saturday

After sleepwalking through most of the Flyers game on Saturday, the LA Kings looked much more poised and focused on Sunday in Pittsburgh. While neither team scored, the Kings led the way with 11-9 shots on goal, registering a couple of chances on the power-play as well.

In the latter half of the period, Cal Petersen was put to work, making a few timely saves to keep the Penguins off the scoreboard.

Just over one minute gone by into the middle frame, Alex Iafallo opened the scoring for the Kings. Anze Kopitar fed Iafallo from the endboards, and No. 19 did the rest, roofing a shot past Tristan Jarry to give the visitors the early advantage.

Iafallo has been red-hot lately. Including his 14th goal of the year on Sunday, the 28-year-old has four goals in the last seven games.

In advance of Sunday’s game, the LA Kings placed Mikey Anderson on IR and Matt Roy in COVID protocol. As a result, Austin Strand and Jacob Moverare, who were traveling with the team as part of the taxi squad, were inserted into the lineup on short notice.

Moverare had a bad turnover in the second period that ultimately did not cause any damage, but focusing on the positive, his stretch pass on Trevor Moore‘s first goal was a thing of beauty. The assist also marked his first NHL point.

“Mo(verare) made a great read and made a great saucer pass, almost too good,” Moore said between the second and third periods. “Almost bounced off my stick… I botched the pass and I didn’t have a lot of room there. Luckily, it went in.”

Strand wasn’t too noticeable on the ice, which I suppose is a good thing. He showcased himself well in the limited sample size last year, and he has some offense to his game.

Both are likely to play in Detroit unless the Kings recall someone like Christian Wolanin from Ontario before Wednesday.

We heard from Kings’ head coach Todd McLellan a couple of weeks ago that Trevor Moore was moved all around the lineup and asked to do a lot of different things because of injuries and players going into protocol earlier in the season. He’s since found a home on the Kings’ second line, and his point production has taken off.

This was before his second goal of the contest, ultimately proving to be the game-winner, but Moore has been on fire this month:

Trailing 3-1 entering the final period, you could reasonably expect the Penguins to make a hard push within the first few minutes. The Kings survived the early push before pushing back, but Bryan Rust‘s first goal of the game, coming at the 6:17 mark of the third period, made it a one-goal deficit for Pittsburgh.

Not long after, the Penguins evened the score.

The game had that all-too-familiar feeling of letting this one slip away. However, Trevor Moore would make sure the Kings would leave with the win, hopping over the boards and finding himself all alone off a great stretch pass from Blake Lizotte.

The LA Kings are 3-0-2 thus far on the road trip, taking eight of a possible 10 points. They will wrap up the trip in Detroit on Wednesday, with puck drop set for 4:30 pm PT.