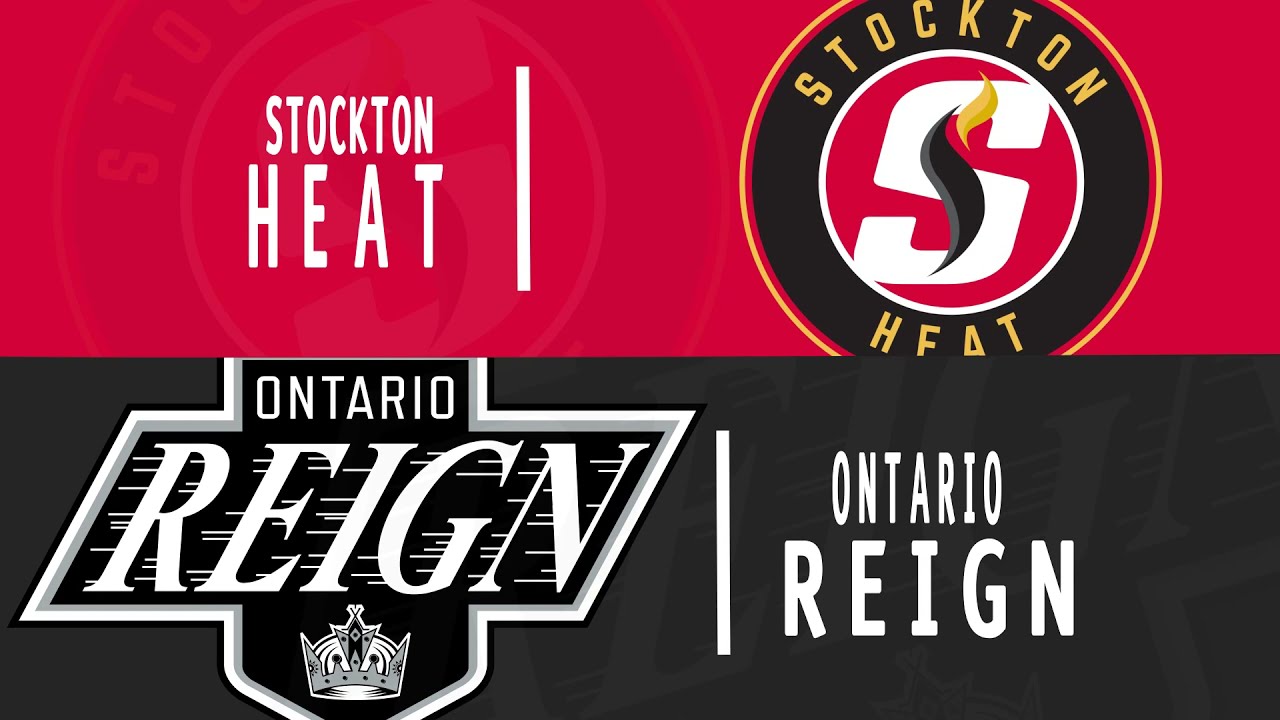 The Reign’s four-game winning streak came to an end on Saturday after a 2-1 loss to the Stockton Heat.

Thanks to a ten-game point streak, the Ontario Reign had pulled to within just one point of the Stockton Heat in the battle for the Pacific Division. After Saturday’s loss, the Reign will have a little more chasing to do.

After an evenly played first half of the opening period, it was the hosts who struck first when Ilya Solovyov‘s point shot was tipped in by Luke Philp.

Just three minutes later, with Ontario on the power play, Alex Turcotte turned the puck over at the Heat blueline and Matthew Phillips took it the other way and fired one over the glove of Matthew Villalta.

The shots in the first period were 6-6 just past the midway point. Stockton would outshoot the Reign 8-2 the rest of the opening 20.

Great time for an @Turcotte__71 tally! His 4th of the year has us within 1 in the 3rd. pic.twitter.com/ZOhUWC1bAf

The goal was Turcotte’s first since November 7th – a span of ten games.

Helped by three Stockton penalties in the final nine minutes, Ontario put on a push late in the game. Chances in the final minute from Martin Frk and Jaret Anderson-Dolan were as close as the Reign would get to an equalizer.

On Saturday, the Stockton Heat’s top-rated penalty kill came out on top against the Ontario Reign’s top-rated power-play.

The Reign went 0-6 with the man advantage and to make matters worse, they allowed their first short-handed goal against this season when Phillips beat Villalta in the first period. The short-handed goal wasn’t the only time the Heat caused problems for the Reign power-play. They had a number of odd-man rushes and a clean breakaway in the third period by Jakob Pelletier that Villalta stopped.

It may have been a rare off-night for the Reign power-play, but Stockton has had Ontario’s number this year. The Reign are now just 3-for-17 (17%) in the four games this season against the Heat.

Also of note, for a penalty-kill that’s been as bad as Ontario’s has been, they killed off all five of Stockton’s power plays. Villalta was a big part of that.

For the fourth game in a row – and eight in the last ten – Villalta faced over 30 shots on goal. Coming into this game, Villalta had been slightly busier than average among AHL goaltenders (per Sean O’Brien):

This continued to be the case against Stockton. He saw 14 shots in the first period but the Kingston, ON native was especially strong in the third period, turning away 17 shots.

Saturday was the third straight game that Villalta made at least 34 saves as his run of strong play continues.

For the first time since October 22nd, Reign forwards T.J. Tynan, Martin Frk, and Tyler Madden were held off the scoresheet in a game where all three played. On Saturday, they were on the same line and despite combining for nine shots, nothing found the back of the net.

Frk had good looks on the power-play but the Chech native’s five-game point streak came to an end.

In addition to Tynan’s four-game point streak coming to an end, Gabriel Vilardi‘s streak of four games with a point also ended. His best chance came on a third-period power-play from Tynan, but his shot rang off the left post.

One streak that did stay intact was Spence’s. The defenseman picked up an assist to extend his point streak to 11 games. He also had a game-high six shots on goal.

Ontario is back in action on Monday against San Jose from Toyota Arena.