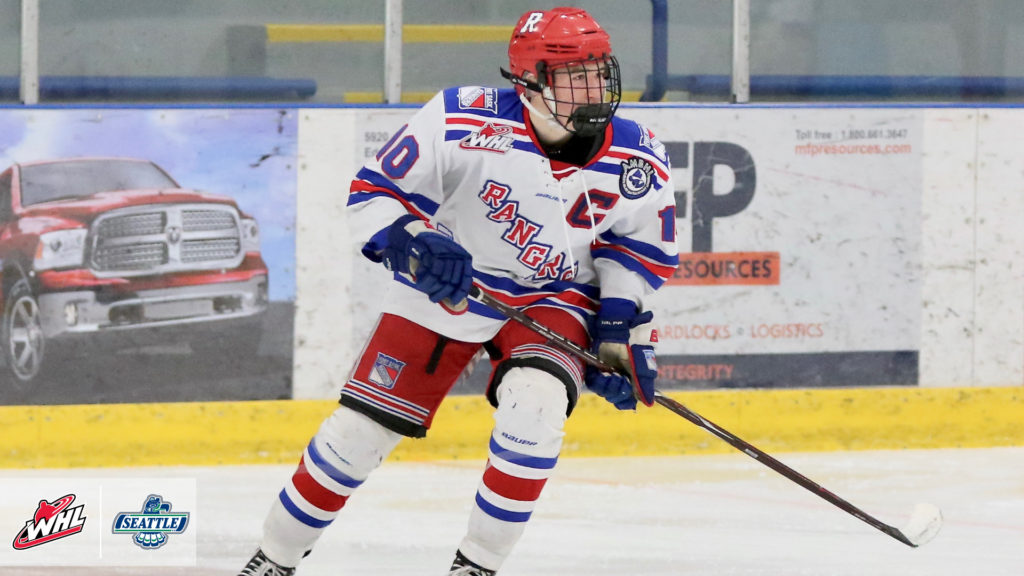 The NHL entry draft has been a monumental component of the National Hockey League since first introduced in 1963. The first draft was held in the Queen Elizabeth Hotel in Montreal, Canada.

Incipiently it was a private event, meaning fans had no access to the draft and the only people who could attend were general managers and their fellow staff members.

Ever since then, the draft has grown and adapted to the point where every year– except for the last two drafts– they are held inside NHL arenas by setting up tables for the managers, creating a massive stage for the first round prospects to take photos with the team’s staff, and seats for the fans to watch one of the most exciting events in the entire calendar year.

The 2022 NHL draft will be held in Montreal, and speaking honestly, this may be one of the most optimum draft classes we’ve seen.

I’ve done my research and even conducted my own seven-round mock draft. I can confidently say that this draft class is legitimately deep. There will be prospects that fall to the sixth round, where they would have been a fourth-round pick in many other draft classes.

While we may romanticize the idea that every prospect who gets drafted goes on to have long-lasting and flourishing careers in the NHL, the brutal truth is that only a small fraction of drafted players make it as full-time players in the league.

That’s why drafting smart and picking the right players that fit the bill is so important. Fitting the bill doesn’t always mean you want the best, but rather it means who’s best available and someone who can handle hockey at an NHL level.

There’s so much skill available in the 2022 draft, and after the second round, the players selected will be all over the place. In this article, we’ll go over five upcoming draft sleepers that the LA Kings should take a chance on when the time comes.

Gustafson’s name has appeared on many draft lists, and there’s no doubt in anybody’s mind that the 17-year-old will be drafted in the first four rounds of the draft. Some people are high on the Alberta native, but others are higher. I personally love this player.

Jordan’s a fast-paced skater with impressive edge work. He knows how to create plays using nifty passes and naturally outsmarting his opponents. Thanks to his advantageous game instincts and in-play knowledge, he can break the puck out with ease.

Just like any other player in this draft class, though, he does have his red flags and his downsides. One of those downsides is his questionable defensive play. If I had to describe his work in the defensive zone, I’d call it inconsistent.

He could have a game where he’s intercepting almost every pass and making smart decisions, but the next game, he can’t catch up to the play, nor can he find out where he is. His offensive play is clearly there. He uses it every night, which helps him rack up points.

It’ll only improve as he gets older, too. His defense is worrisome, but thankfully, it’s easy for coaches to fix a younger player’s defensive play.

Both of these goals shown below came mere seconds apart. Both on power plays. Notice how Gustafson was standing in two different places on the powerplay and still managed to get two goals.

Jordan Gustafson does have his down moments, but his wrist shot accuracy and his speed, along with his game sense, make him a hard player to pass on.

There is no chance that Mattias Hävelid falls to the third round. There aren’t enough words in the English language to describe how marvelous Mattias actually is. Some scouting websites have him ranked late in the first round, and some have him in the later stages of the second and third rounds.

From what I’ve seen with Hävelid, I’ve gotten the grasp that he’s a tactile player that makes decisions at the snap of a finger. He’s gifted offensively but his defensive game has holes, though it has shown improvement.

If I were to rank Mattias earlier this year, I’d have him a tad bit lower due to his poor defensive play. Going into the 2021-22 season, he knew that his defensive play would need to improve, and it has. This shows he’s willing to put in the work where he needs to. And he’s able to make those types of adjustments in-game as well.

Hävelid’s a clutch player whose skill shines during the important parts of the game. His shot and his playmaking ability will make you never want to stop watching him play.

Hävelid dominated the competition at the U18’s with team Sweden where he tallied 10 points in 9 games. Thanks to that tournament, his stock has surely risen.

He impressed me at the Hlinka Gretzky cup too, where he recorded 9 points in 5 games with his home country of Sweden. That tournament showed how much better he looks on North American ice rather than in Sweden.

He knew how to move the puck around on the powerplay and when you watched him break out the puck, it was mesmerizing. Here are a few clips that I like from Hävelid.

He reminds me of a Swedish Cale Makar. Mattias will be one of the most interesting players to watch in the NHL one day.

Some people won’t like this, but I don’t see how there is any goalie in the 2022 NHL entry draft that is better than Sergei Ivanov.

Credit where credit is due, Tyler Brennan of the WHL does come close (I ranked him just four spots after Ivanov), but watching Ivanov pull off highway robberies and steal games for the struggling SKA junior team has been exhilarating.

His potential is through the roof, and Sergei knows how to make a big save to get the team going. He stands on his head for most of the games he plays, but there is a slight hiccup in his game.

That hiccup is how much he flops around on the ice. He’s always trying to make the perfect save, and frankly, it doesn’t help. The good news is he’s learning and adapting quickly.

He’s not perfect by any means, but he’s finally figured out that he shouldn’t be jumping around as often to make a save. The clip below is him stopping Connor Bedard on a breakaway.

He reads the shot perfectly. Notice how his glove stays low and gets his hand onto the puck in time to make the crucial save.

Ivanov can handle the pressure, and in my eyes, he’s got the potential to be a starting goaltender in the NHL one day. His technique needs to improve, but while most goalies take a long time to develop, he’s coming along quickly.

Scouts sleep on Ivanov, and that’s why he could be available by the fifth, sixth, or even the seventh round if you’re lucky. I have him in my third because that’s how highly I think of him, a real sleeper pick in this draft class.

Elmeri Laakso will get passed on by all 32 teams at least twice on draft day, which really does put a frown on my face. His contract (signed until 24-25) makes it hard for him to get picked early, but when you’ve got a talented player like this lined up, that contract shouldn’t be that big of a deal.

To GMs, though, it will be… for some reason.

Some scouts and some fans sleep on Elmeri because his edgework is a little sloppy considering how fast he is. His edges are a bit below average, which is an issue for someone who’s supposed to play defense. Fear not, because Elmeri has had a fantastic past with lots of success, and he’ll most likely continue with it.

Laakso is a left-handed skater, but I do think he would have a better look if he played on the right side, even if that isn’t what he’s used to. My reasoning? His powerful shot. He’s scored goals both on wrist shots and one-timers such as this one:

Another thing Elmeri is also really good at is skating the puck in.  He walks in ever so easily and manages to get the puck on net, or close to it.

He’s an offensive-minded player, with a few holes in his skating and defensive play.

The kid loves to shoot. He’ll shoot at any place and at any time. If a team is looking for a defenseman that can shoot the puck and create net-front chances, Laakso is your guy.

Here’s a small compilation of him shooting pucks nonstop at the Junior Olympics, even if they’re not going in.

I love Elmeri Laakso, and I think he’s a great player. He’ll be one of those later-round pickups who’ll surprise everyone.

Dmitri Buchelnikov is a natural sniper with one of the best, if not the best, shot in the entire MHL. He didn’t look amazing at the U18’s, and unfairly, that’ll decrease his value among fans and scouts. The fact that Dmitri hasn’t appeared in any KHL games this season is criminal.

Every time I watch Buchelnikov play in the MHL, my jaw drops at how talented he is. He’s such a flashy player who has an amazing shot. His offensive play really stands out.

It feels like whenever you watch Dmitri enter the offensive zone, there’s a spotlight right over his head because all eyes are on him. It’s hard to describe how talented Buchelnikov is. His talent level is extremely high.

Just watch for yourself.

Aside from his teammate Matvei Michkov, Buchelnikov has got to be my favorite MHL player this year.

The things he does on the ice are things that make me scared to go to sleep at night, thinking he could haunt my nightmares. The amount of swagger this kid has is unbearable.

He’s got fantastic and crafty hands, and he never disappoints when he shoots. I’d argue that he can be one of the better later-round picks in this draft.

He needs to get stronger on the puck battles and needs to work on his forecheck, but that’ll all come with age and strength. He could be a hidden gem in the 2022 NHL draft class if he commits to it and puts on some weight.

The draft is still quite far away, but it’s never too early to dream about the players that you can pick up. Especially the later-round players that usually shock everyone. So many other players could turn out to be terrific NHL players, but these five youngsters stand out to me.

The LA Kings’ third-line is an issue, looking at potential solutions