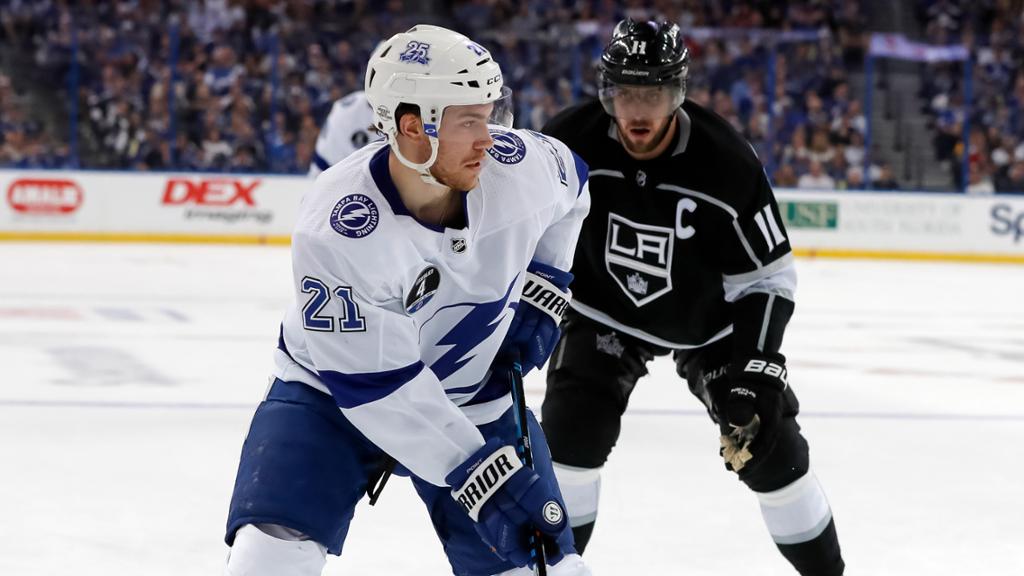 The LA Kings have now finished their season with the Bolts, and they lost both times, the first being back in December when they lost 3-2 in overtime.

Los Angeles has now lost two games in a row where they have let in 6 goals.

Before the game began, head coach Todd McLellan said he would shake the lines up a bit, and the Kings would have a bit of a different look following LA’s embarrassing 6-2 loss against the San Jose Sharks. The new lineup shown in the game against the Bolts included a third line of three different rookies (Alex Turcotte, Rasmus Kupari, Samuel Fagemo).

It was quite interesting to see the young guys all play on a line together because it would give us a youthful glimpse of the future. That didn’t go much to plan.

Sure the line didn’t play as well as we might have hoped they would, but it doesn’t help when none of them play more than 12 minutes. Kupari had the most TOI out of anyone on that line with 11:23, Turcotte had 10:57, and Fagemo had 10:00 minutes on the dot. It’s understandable that the younger players who aren’t quite elite won’t play for too long, but that is straight robbery.

It’s a bit strange that McLellan claimed that the veterans didn’t play great in the postgame presser, but yet the veterans still played way more than the younger players did. As for the line itself, they had a few good looks, including this shift that happened in the third period:

This won't make the scoresheet, but I really liked this sequence with Fagemo, Turcotte, and Kupari all touching the puck. #GoKingsGo pic.twitter.com/iBG88azlh6

Again, Kupari and Fagemo had a rough game, but Alex Turcotte played a top-notch game on Tuesday and still played the second least amount of minutes. Turcotte finished the night second on the team in xGF/60 and third on the team in Corsi percentage per Moneypuck.

2. The defense is not good enough

This issue has run amok through this team this entire season, and on Tuesday night, it caused the team to lose. The LA Kings’ defensive corp has been beyond brutal this season. From bad giveaways to losing puck battles and even forgetting to be in the right spot in the defensive zone, this team has let in some really preventable goals.

Last night, the Lightning opened up the scoring thanks to Victor Hedman getting the easiest goal of his NHL career.

Victor Hedman gets the @TBLightning on the board first. pic.twitter.com/GjUCojOA5q

This vile giveaway by Olli Maatta gave Hedman an easy breakaway, and as you can see, Maatta couldn’t get back on time to save the goal, and the Bolts were up 1-0. Not only did Maatta give it away, but he put in 50% effort in getting back to the zone to stop Hedman and wasted his energy on a useless poke check that did absolutely nothing.

The other goal that makes my heads spin is the shorthanded goal that was scored by Bellemare.

Bellemare with a sweeeeeeet goal to give Tampa the lead. pic.twitter.com/ZcuXihxbtD

Four different players moved to the right side of the ice, well knowing that there was another player coming up the wing. Drew Doughty, the only defenseman on that powerplay line, was at the bottom of the circle doing slow-paced circles instead of pivoting and standing his ground as a defenseman.

Hedman’s second goal was hard to watch too.

A smart shot by Heddy to give te @TBLightning a 4-3 lead! #GoBolts pic.twitter.com/YINuQ5GEHe

Not a single Kings player was there to defend one of the league’s best defensemen who was wide open in a perfect offensive zone opportunity. Matt Roy was playing on his off-side because Olli Maatta was out at the blue line after losing another puck battle up against the wall.

The defense needs a complete revamp. Now is the best time to finally pull the trigger on a player like Jakob Chychrun because who knows how many more games poor defense will lose the Kings games? A team shouldn’t be losing a game when they score four goals. These constant defensive zone blowouts make it hard for the goalies to make a save, and not having a solid two-way guy playing alongside Doughty will seriously impact the Kings now and in the long run.

3. The power play struggled once again

Another giant issue that’s been happening with the KIngs is the lack of a solid and consistent powerplay. LA had three golden power plays against the Lightning, and they didn’t score on any of them. It hurts enough when the Kings’ powerplay is 25th in the league, and it hurts even more when you start to realize that it’s slowly starting to make the Kings take losses.

The very first power play that the Kings had against the Lightning, they spent most of it on their own attempting to break it in while the Bolts kept flipping it away. The Kings didn’t record a single shot on net on the first power play.

The second one started off neatly and then completely fell apart in the second half of it. It had the same issues as the first one; nobody could break it in, and Tampa easily got it out of their own zone and made LA panic.

Finally, the third power play was quite a doozy. Not only did the LA Kings visibly struggle on it, but it was the power play that the Lightning scored on.

The Kings had momentum over the Tampa Bay Lightning for a fair amount of the game, and when the opponent goes to the box, that should, in theory, be a true advantage.

That isn’t the case with the Kings. It’s almost like the power plays that help the opponents because it works as a time-waster. Something needs to be done about it because with the offensive talent that this team has, they should be scoring goals on the man advantage with ease.

Hopefully, we’ll see the Kings return back into shape when they play the red-hot Colorado Avalanche on Thursday night.