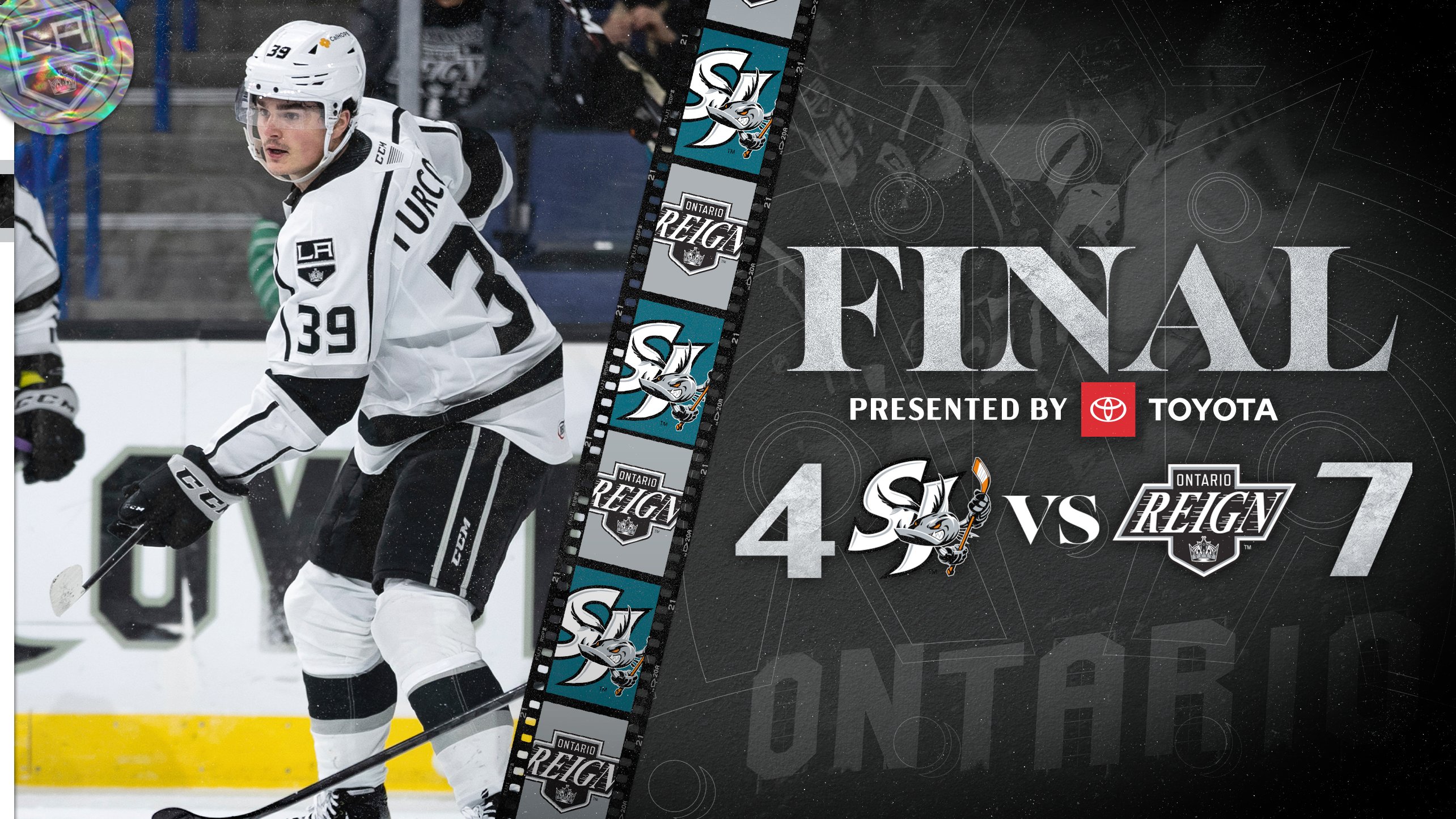 After staking themselves to a five-goal lead, the Ontario Reign held off the San Jose Barracuda for a 7-4 win on Friday.

The Ontario Reign scored three goals in the first period en route to a 7-4 over the San Jose Barracuda. The Reign needed the cushion as San Jose began their comeback effort in the second that ultimately fell short. The win improves Ontario’s record to 14-5-0-1 while San Jose falls to 8-12-1-0.

With all of the questions entering the game on the blueline, Adam Johnson as a defenseman probably wasn’t an answer for many:

Both of them will happen in the same game. https://t.co/YIfCIpAOhP

Austin Wagner and Tynan put the Reign up 2-0 in the first period before the recently signed Siebenaler tallied his first in an Ontario uniform to put the hosts up 3-0 after one:

A peek at what you're missing in the AHLTV Free Game of the Week: #SJvsONT ⤵️

In his first game with the @ontarioreign, Blake Siebenaler has tallied his first goal on his first shot. pic.twitter.com/ixzpwF33Bz

Just as Wagner did in the first, Tyler Madden scored before the three-minute mark of the second period to give Ontario a 4-0 lead:

Gabriel Vilardi then got in on the fun, scoring a power-play goal to put Ontario up 5-0:

With the help of two power-play goals by Sasha Chmelevski and Scott Reedy, the Barracuda started to claw back into the game. Ontario would head to the third period with a 5-2 lead.

The teams traded a pair of goals in the third, with Tkachev’s tally putting an end to the scoring.

As I’d mentioned in the preview to the game, special teams were likely to play a factor in this one, and they sure did. The teams combined for five power-play goals – all coming in the last two periods. Ontario finished 3-for-5 on the power-play while San Jose went 2-for-7.

It was the third game of the season for Quinton Byfield. While he still has yet to register a point, he continues to impress with his play:

i’m so impressed with how explosive his skating strides are, he transports the puck so well. https://t.co/lYSUM9OhIY pic.twitter.com/D7q2CUT1EA

Matt Villalta stopped 26 of 30 shots for his 10th win of the season. Alexei Melnichuk started for Tucson but lasted just one period after giving up three goals on 14 shots. Zachary Sawchenko didn’t fare much better, stopping just 12 of 16 in the final two periods.

The full box score from this game can be found here.

Ontario and San Jose aren’t scheduled to meet again until a back-to-back set in San Jose on January 26-27. If this one was any indication, they’ll be must-watch games.

The Reign will be back in action on Saturday against the Tucson Roadrunners from Toyota Arena.