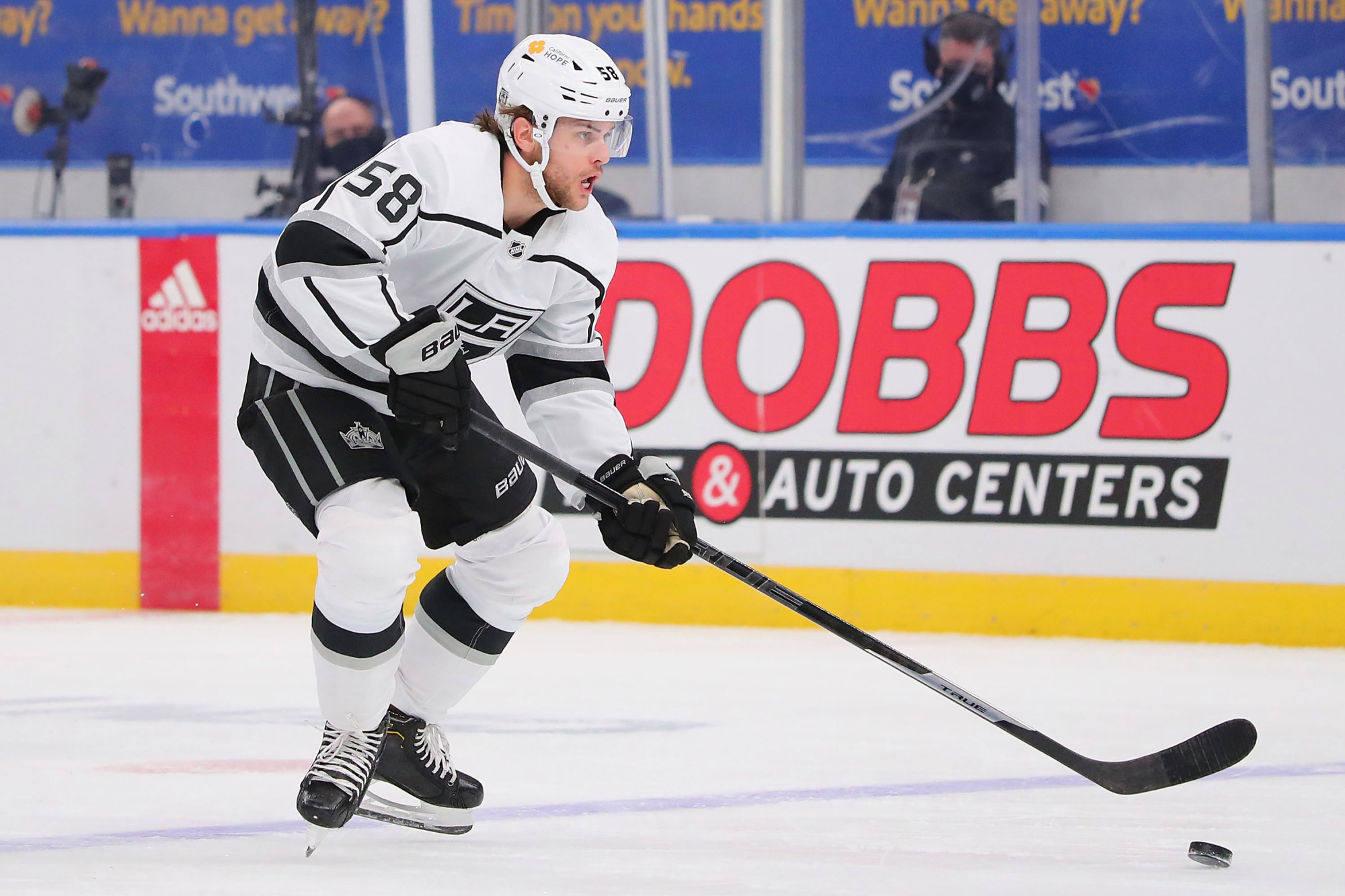 Just shy of Saturday’s deadline, Kale Clague was claimed off waivers by the Montreal Canadiens from the LA Kings.

As reported by hockey insider Frank Seravalli just a few minutes ago, defenseman Kale Clague has been claimed off waivers by the Montreal Canadiens. The transaction marks the official end of the blueliner’s tenure with the LA Kings.

Kale Clague has been claimed off waivers by #Habs

Drafted in the second round (51st overall) by the Kings in 2016, Clague was projected to be a crucial fixture in the silver-and-black’s future.

After finishing up a successful WHL career with the Brandon Wheat Kings and, briefly, the Moose Jaw Warriors, Clague began his professional career in 2018, playing parts of the next four seasons with the AHL’s Ontario Reign. It was here where Clague took significant strides in his development, earning himself a few stints with the Kings.

Clague played a total of 33 games for the Kings — including 11 this season — amassing 11 assists and a minus-11 rating. However, since the recent emergence of Sean Durzi and this week’s reacquisition of Christian Wolanin, the Regina, Sask., native became expendable. The Kings, as a result, decided to place the 23-year-old on waivers late this week before being claimed by the NHL’s most-decorated franchise.

It is a sad day in Los Angeles and southern California as fans bid farewell to Clague, but we wish the youngster all the best in Montreal.