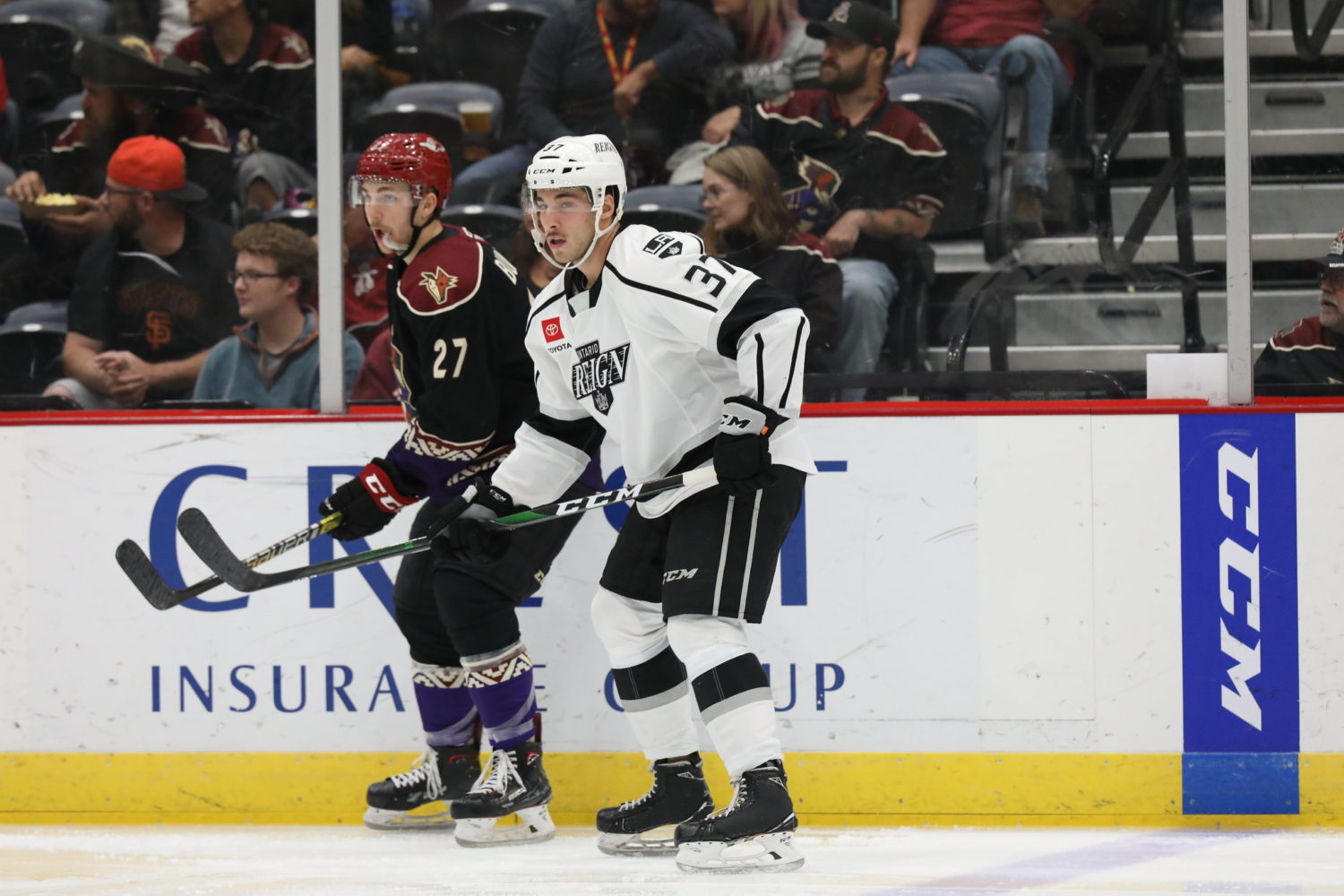 After briefly being sent back down to Ontario, defenseman Sean Durzi has been recalled to the LA Kings.

On Tuesday, the LA Kings recalled defenseman Sean Durzi from the Ontario Reign.

The @LAKings have recalled defenseman Sean Durzi from the @ontarioreign.

Durzi, 23, was brought up over the weekend did not play in Saturday or Sunday’s game. He was returned to Ontario to play in Monday’s game, registering three assists in the team’s 5-2 win against Stockton.

Up, down, and now back up, Durzi looks poised to make his NHL debut on Wednesday, as noted by LA Kings head coach Todd McLellan.

If you recall, Durzi was part of the Jake Muzzin deal with the Leafs back in January 2019. Not only will he likely make his debut against his former team, but Durzi should get a long look until Drew Doughty is ready to return to the lineup.

“We have [watched him a lot in the AHL], and Durz, this isn’t like we’re calling a guy up who hasn’t been around,” McLellan said of the young defenseman. “He’s been around the locker room, he’s been around the team for a few years now, he’s comfortable. I really believe he’s comfortable around us, he’s not nervous, other than the fact that he might play his first game real soon. He’s not nervous walking into the locker room, being around Kopi and Brownie is an easy thing for him and he fit the practice really well today. He was excited, he had a little jump as he should, it was good.”

The Toronto, Ontario native’s play in the AHL has been nothing short of spectacular this season. He has the second-most points (16) among all AHL defensemen and will be a welcome addition to the Kings powerplay unit. In 13 games, Durzi has three goals on the man advantage.

“It’s just confidence, it’s my third year pro now. I knew I wanted to take a big step this year and kind of find my game, at least at the AHL level when I started there,” Durzi said to the media on Friday. “Things went my way through the first 12 games so far, and I was happy to get the call. Hopefully, things go well here.”

Overall, he has five goals, including two game-winning goals and has been shooting the puck at an absurd 22.7 percent clip this season. Given how desperate the Kings are hurting for consistent offense right now, Durzi deserves this opportunity to showcase his abilities from the blue line.

LA Kings: An early look at the analytical superstars/underperformers