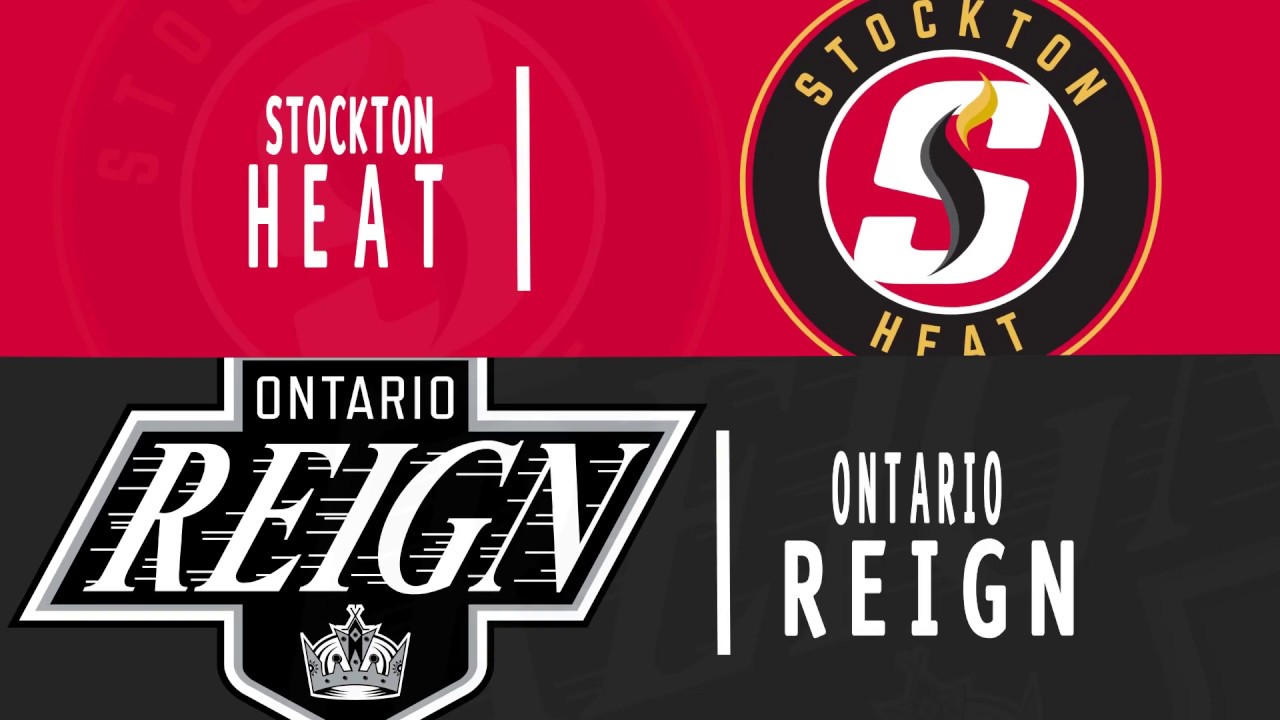 It feels like it’s been forever since the last time the Ontario Reign took the ice. In reality, it’s been over a week since their 6-3 win over the Tucson Roadrunners to improve their record to 10-1-0-1. Ontario has been atop the Western Conference’s Pacific Division for most of the season but currently sit behind their next opponent, the Stockton Heat. The Heat are 9-0-2 and are one of only two teams (Utica Comets) in the AHL who have yet to lose a game in regulation.

This will be the first meeting between the top two teams in the Western Conference and they’ll meet again on Monday night, as well.

With back-to-back road games beginning Sunday, I’d expect to see both Matt Villalta and Garrett Sparks get action. Villalta is coming off of his worst start of the year, allowing five goals on 11 shots in the Reign’s 8-4 loss to Tucson on Friday, November 12th. On the season, he is 6-1 with a 2.77 goals-against average and a .905 save percentage. Sparks gave up three goals in relief of Villalta in the Roadrunners loss, but bounced back with a win the next night. He’s 4-0 with a 2.87 goals-against average and a .908 save percentage.

The Reign currently boast the best power-play in the league at 15-for-55 (27.3%). Frk’s 8 points with the man-advantage are tops on the team while Jaret Anderson-Dolan leads the team — and is tied for the league lead — with four power-play goals.

Stockton’s power-play is 10-for-42 (23.8%). Justin Kirkland, Jakob Pelletier, and Matthew Phillips each have two power-play goals to lead the Heat. Ruzicka’s four assists and five points with the man-advantage lead the team in those categories.

Not surprisingly, given the goaltending, the Heat have a strong penalty kill, allowing just seven goals on 46 power-play attempts (84.8%). They also have one short-handed goal.

Here’s how Ontario has fared in the shot-attempt department so far this season: