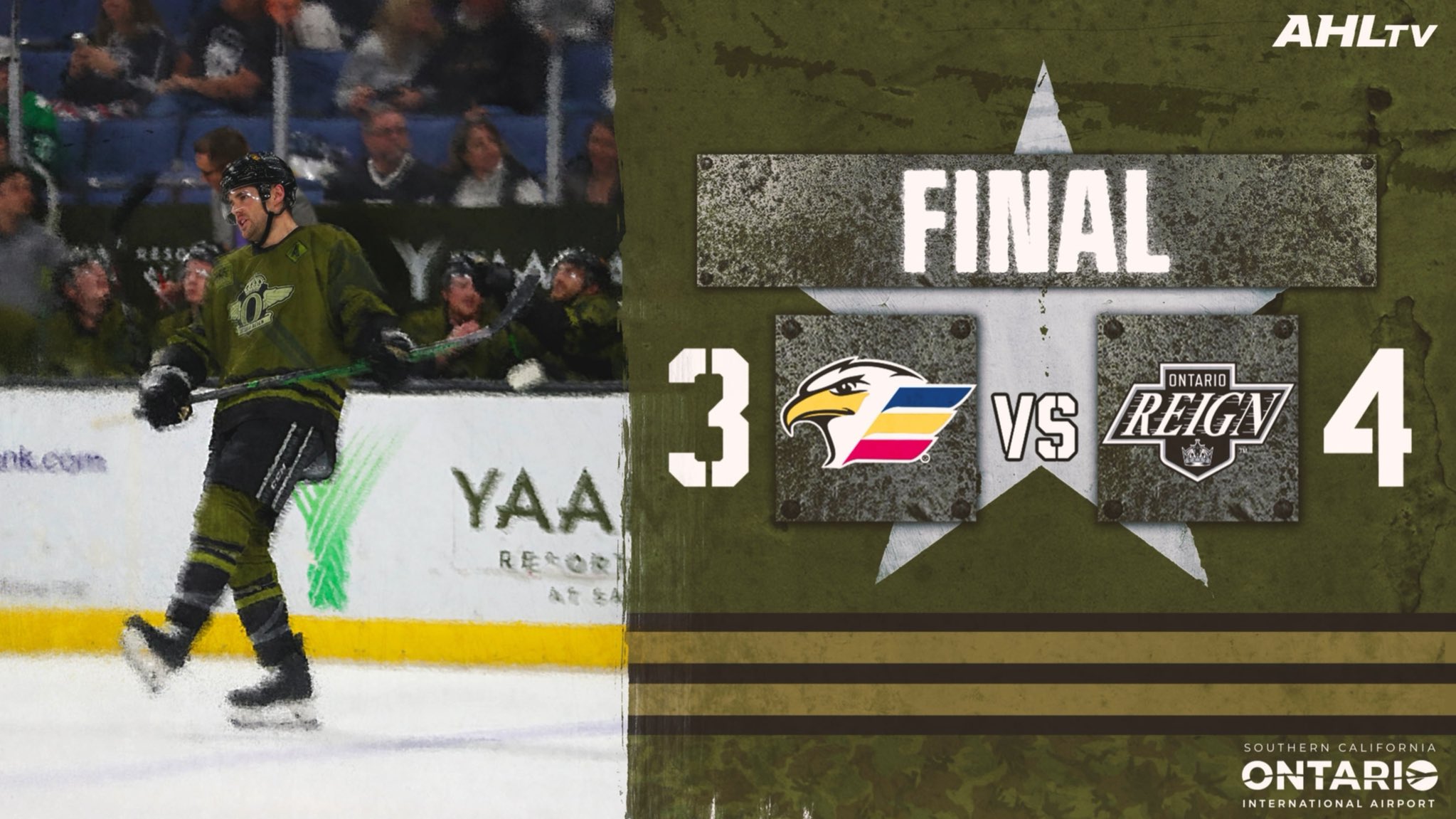 Jaret Anderson-Dolan’s two second-period goals lead the Ontario Reign to a 4-3 win over the Colorado Eagles.

A quick pit-stop home before a trip to Arizona didn’t slow down the Ontario Reign as they picked up their eighth straight win, beating the Colorado Eagles 4-3. The win improves Ontario’s record to 9-0-1 on the season. Colorado fell to 4-6-1.

Jaret Anderson-Dolan led the way with two goals – both coming in the second period. Martin Frk and Vladimir Tkachev each picked up two assists, while Garret Sparks stopped 21 of 24 shots on goal for his 3rd win of the season.

Honoring the Military today as the Reign lace em up against the @ColoradoEagles.

Stop me if you’ve heard this before: the Reign would leave the first 20 minutes ahead despite being heavily outshot and out-attempted.

That’s right, it happened again. Colorado outshot the Reign 15-4 in the opening period, out-attempting them 20-11, but it was the hosts that would have the 2-1 lead after the first.

It started quickly, with Alex Turcotte putting home a rebound just 61 seconds into the game:

Just over four minutes later, Aidan Dudas showed off his underrated release with this beauty to put the Reign up 2-0:

Colorado would get one back 12:29 into the period when Dennis Gilbert fired one past Sparks:

Ontario started the second period with a 5-on-3 power-play and, well, you can guess who that ended:

As noted earlier, Anderson-Dolan wasn’t done in the middle frame. A nice play on the wall by Samuel Fagemo to spring Tkachev on a 2-on-1 with JAD:

Anderson-Dolan with his second goal of the game! 4-1 #Reign

In the third, it was again bend-don’t-break from Ontario, just as it was Saturday night. The Eagles got to within one with two power-play goals from Jordan Gross. Here is the first one:

Other than the second half of the first period, the Reign were pretty solid in this one. Their penalty kill let them down in the third, but they could still hang on for the win.

Reign fans will have a few days to enjoy the eight-game winning streak as the team is off until Friday when they head to Tucson for a back-to-back set with the Roadrunners.