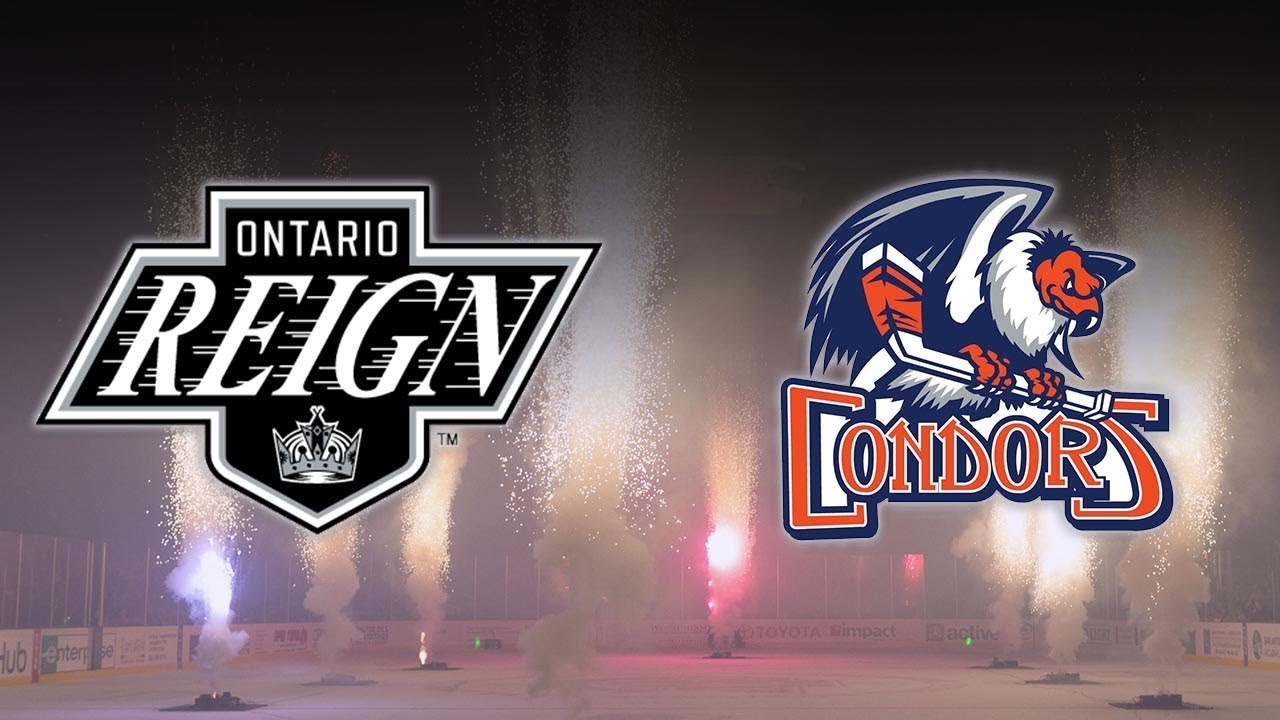 Matt Villalta holds down the fort as the Ontario Reign extends their winning streak to seven games with a win over Bakersfield.

The performance may not have been dominant, but the Ontario Reign (8-0-1) was able to hold off a third-period comeback attempt to beat the Bakersfield Condors (4-4-1) 6-3 last night; finishing their road trip with a 4-0 record.

Matt Villalta had to be good in this one for Ontario as the Reign were outshot 40-19.

Here’s how the Reign looked minus T.J. Tynan:

Matt Villalta led the Reign out for warmups in Bakersfield, expected to make his 6th start.

Rest of the projected lineup:

In case there were any questions as to whether or not Martin Frk could still score without Tynan, he answered them just 33 seconds into the game:

No better way to start the night than with an early Frk 💣! pic.twitter.com/R2Er7274g2

Since this goal, though, the period was ugly for the Reign. Bakersfield held a 17-4 edge in shots on goal in the opening 20 minutes. But alas, the visitors found a second one with Helge Grans scoring his first career AHL goal on the team’s fourth shot of the night:

The second period started similarly, with Bakersfield controlling the play. Villalta, who was excellent in the first period, was called on early in the second as well:

Matt Villalta already has 30 saves tonight and there's still 20 minutes to play. Here's a look at his first 2 stops to begin the 2nd period, some of his best. pic.twitter.com/ONTwYGlysp

The Reign would spend the second period still being outshot, but they poured in the goals. The first of which comes from Aidan Dudas:

Alex Turcotte then chipped in with a goal he batted out of mid-air:

Turcotte bats the puck out of mid-air to make it 4-0!

On a 5-on-3 power-play, Jaret Anderson-Dolan found himself open at the bottom of the right circle, and he made no mistake on the Sean Durzi pass:

5-0 #Reign! Anderson-Dolan(3) scores on the powerplay, his 3rd point of the night.

Early in the third, it took the 33rd shot on goal to beat Villalta as Vincent Desharnais picked up his first AHL goal. A little before the midway point of the third period, the Condors converted on a power-play to cut the lead to 5-2:

Less than two minutes later, Seth Griffith would score again to pull Bakersfield within two, but Frk would put the game away on a breakaway goal as he came out of the box:

Overall, it was a game that the Reign probably shouldn’t have been leading in the first place – at least not by that margin. So it wasn’t too surprising to finally see some of the Condors’ chances fall. It hasn’t been the easiest of road trips. The Reign have been tested but came out ahead in every game.

Much like the first game against Bakersfield, it wasn’t a great performance in the shot-attempt department:

The entire box score can be found here.

The Reign return home on Sunday evening for a game against the Colorado Eagles.