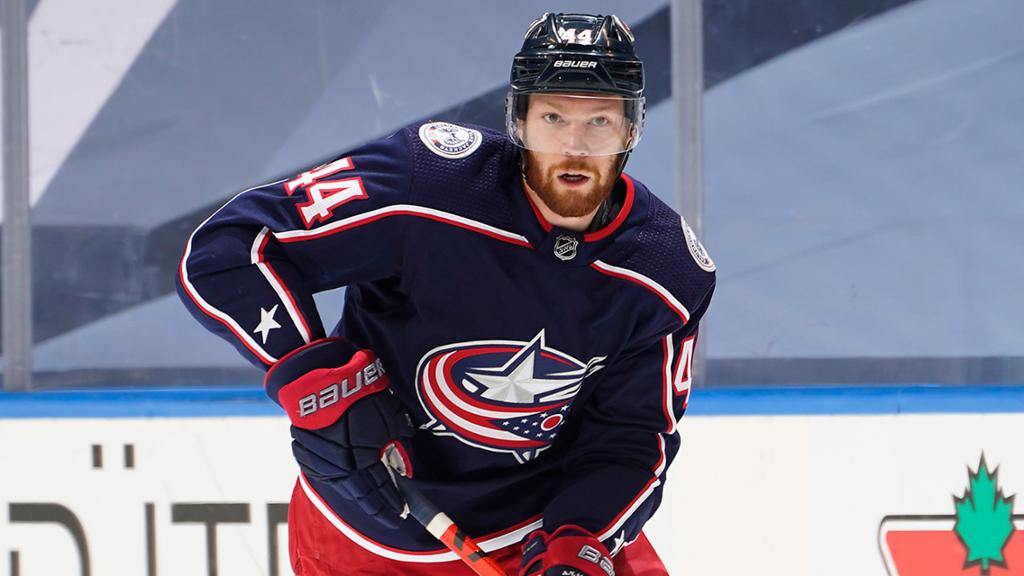 With both Drew Doughty and Sean Walker sidelined for a while, the LA Kings should consider adding a defenseman.

The LA Kings season has officially started, but it’s off to a demoralizing beginning. The first game, which was the home opener, saw the Los Angeles Kings demolish the Las Vegas Golden Knights 6-2. Anze Kopitar and Drew Doughty lit up the Knights as Kopitar scored a hat-trick and notched a total of five points while Doughty had four points.

After that first game, everything went downhill. What was once a team that looked like a top-notch squad started to look very poor very quickly. The depth wasn’t scoring, the defense looked out or sorts, and in the midst of it all, Drew Doughty got into a knee-on-knee collision with Dallas Stars defenseman Jani Hakanpaa causing him to miss 6-8 weeks. A devastating blow.

Drew (along with Kopitar) was one of the only Kings players producing. He was scoring goals, getting assists, and playing solid defense. Prime Drew was back… or so we were hoping.

Upsettingly, that wasn’t the only defenseman Los Angeles lost, as Sean Walker fell on his leg awkwardly against the St. Louis Blues on Monday. The fall looked very dangerous, and it was. Kings general manager Rob Blake stated that Walker would miss the rest of the 2021-22 season with a torn ACL/MCL.

That’s two defensemen who can’t play for the Kings for a while. Having a defensive corps that sees Alex Edler and Matt Roy on the top line isn’t something to be proud of– not to mention the rough start the defensive corps has had this year.

Now that the Kings are missing two key defenders, they can’t put up with this D-corps for much longer if they want to make the playoffs. There must be moves made so that the Kings could have a bearable defensive unit and so Petersen and Quick don’t have to carry the team every night.

This article will go over four defensemen that the Los Angeles Kings need to trade for to improve their defense and get more pucks into the net.

A divisional rival, the Anaheim Ducks are clearly still in their rebuild. They made no additions to their roster this off-season other than Mason McTavish, but a rookie like McTavish won’t carry the Ducks to the playoffs. The Ducks have multiple players that have deals that expire in 2022 (Rickard Rakell, Hampus Lindholm, and Josh Manson), and these upcoming UFAs can get you some really good assets on the trade market. I would suggest trading for Josh Manson as he is much more responsible defensively, but Lindholm isn’t too far off, and he’s younger.

Lindholm is a former 6th-overall draft pick, and he’s done a fantastic job being Anaheim’s first LD. It truly makes me wonder if Hampus doesn’t sign an extension with the Anaheim Ducks, why should the Ducks simply let him walk in free agency and get nothing in return? The price for this 27-year-old will be high, but if a team were to acquire him, they wouldn’t regret giving up big assets for him.

Hampus Lindholm is a painfully underrated defenseman who excels on even-strength hockey but struggles to score and finish big chances. Hampus Lindholm doesn’t play on the powerplay, but the Ducks should really give him a chance on it. Lindholm also kills penalties, but fear not as that 44% PK rate isn’t a scare. The Ducks had an awful team last year, and they struggled on the penalty kill at the time, so just imagine how he could be on a winning team.

His price will be high, but it’ll be worth it if the Kings do trade for him. Since his deal expires at the end of the season, he would need an extension, and I wouldn’t be shocked if he gets more than $7 million on the market, so the Kings would need to outbid it. Then again, it would be worth it because of how good Lindholm is.

This one is a bit of a stretch because there’s hardly any indication if Columbus is willing to move on from Vladislav Gavrikov. But, the Los Angeles Kings could look into his status and see if the Blue Jackets are willing to move him.

Vladislav Gavrikov is insanely underrated by NHL standards and could be a legit contender for a top-notch LD in the league. Yes, that seems like a stretch but hear me out. Gavrikov plays with some pretty average teammates, which just makes him even better because it proves how he does all the heavy lifting.

Like Lindholm, Gavrikov excels when it comes to 5-on-5 hockey. His even strength sits at 77%, and his defence sits at 86%. That’s the perfect two-way defenseman that the LA Kings need. A guy who can play defense while being a solid offensive threat – that’s Vladislav Gavrikov for you.

Gavrikov also kills penalties and draws a ton of penalties. His WAR (wins above replacement) is 91%, which shows how valuable he is to the Blue Jackets — although they may not realize how valuable he actually is.

His contract is cheap as well as it’s only $2.8 million. Having a number-one LD that makes under $3 million is a steal, even if it causes him to ask more when the deal is over. Gavrikov could be a fantastic fit with Drew Doughty and could help Doughty focus on his offensive game even more.

It really does surprise me how the Minnesota Wild decided not to protect Carson Soucy at the expansion draft. But, here we are.

The Seattle Kraken selected Carson Soucy from the Minnesota Wild in the expansion draft back in July, and since then, he’s been their third-pairing guy. To be frank, Soucy is far too good to be a third-pairing guy, and it does make me wonder about how the Kraken feel about moving him out.

A quick report of Carson Soucy: Soucy is a massive (6’5, 211) shutdown defenseman who has played a short stint in the NHL so far (only 110 games) and has had 31 points in those games. Soucy is an average defenseman when it comes to 5-on-5 offence and is a bit above-average defensively on even strength. He doesn’t play penalty kill (even though he should), and he doesn’t play powerplay. He’s got a rocket of a shot, and he gets assists like his life depends on it. He’s played with some of the worst teammates ever in Minnesota, and he should get a chance to play against some better players.

Basically, he’s a pretty good hockey player overall. If he were on the Kings, I’d argue that he could be the perfect suitor for Drew Doughty on the left side, and he would be LA’s best LD. The Kraken are so stacked on defensemen that it truly makes me wonder if we ever see them place him on the block. He’s easily replaceable on Seattle’s corps, but he could be great with the Kings.

He has the same exact length and money left on his contract as Vladislav Gavrikov, so the contract is super cheap and affordable. We’ve never seen Soucy play on the first defense line, but he could really do well. He’s a really good and a really big hockey player. I don’t think GMs value these guys like Soucy as much as they should.

Mikhail Sergachev is a fantastic, high-scoring defenseman that’s been rumoured to be on the trade block for a while now. Something hasn’t been working out in Tampa for some reason, and this off-season, he was a potential trade target for some teams. Obviously, nothing was confirmed nor denied by Lightning GM Julien BriseBois, but it never hurts to call to find out Sergachev’s status.

Sergachev has admittedly had some defensive issues in the last few years, but considering that he’s only 23 at the moment, he has many years before he even peaks. Additionally, he is a two-time Stanley Cup champion, so he knows what it takes to win. Playing with high-scoring forwards and other big-name defensemen has helped him, but what’s stopping him from doing that with the Kings?

Sergachev is very versatile in defense, meaning he can play on the left and right sides on the back-end. He’s split time on both sides in Tampa this year, and it does seem intriguing. Until Doughty does come back, why not have Sergachev play RD with Alex Edler on the left side, and then once Drew does finally come back in 6-8 weeks, Sergachev can switch to the left side to have a killer first line pairing of Sergachev-Doughty?

If I were a betting man, I’d have to bet my life savings when I would say that Sergachev’s value is through-the-roof high. As mentioned, he’s a two-time cup champion who is only 23 years old who has 141 career points in 291 career games, and he’s on a very affordable contract.

The LA Kings are clearly struggling defensively, especially on the left side. And now that Drew Doughty and Sean Walker are both out with serious injuries, Rob Blake should make a couple of calls around the league to find a suitable defenseman so that the Kings don’t look awful in the back end. I bet Jonathan Quick and Cal Petersen would both largely appreciate it.