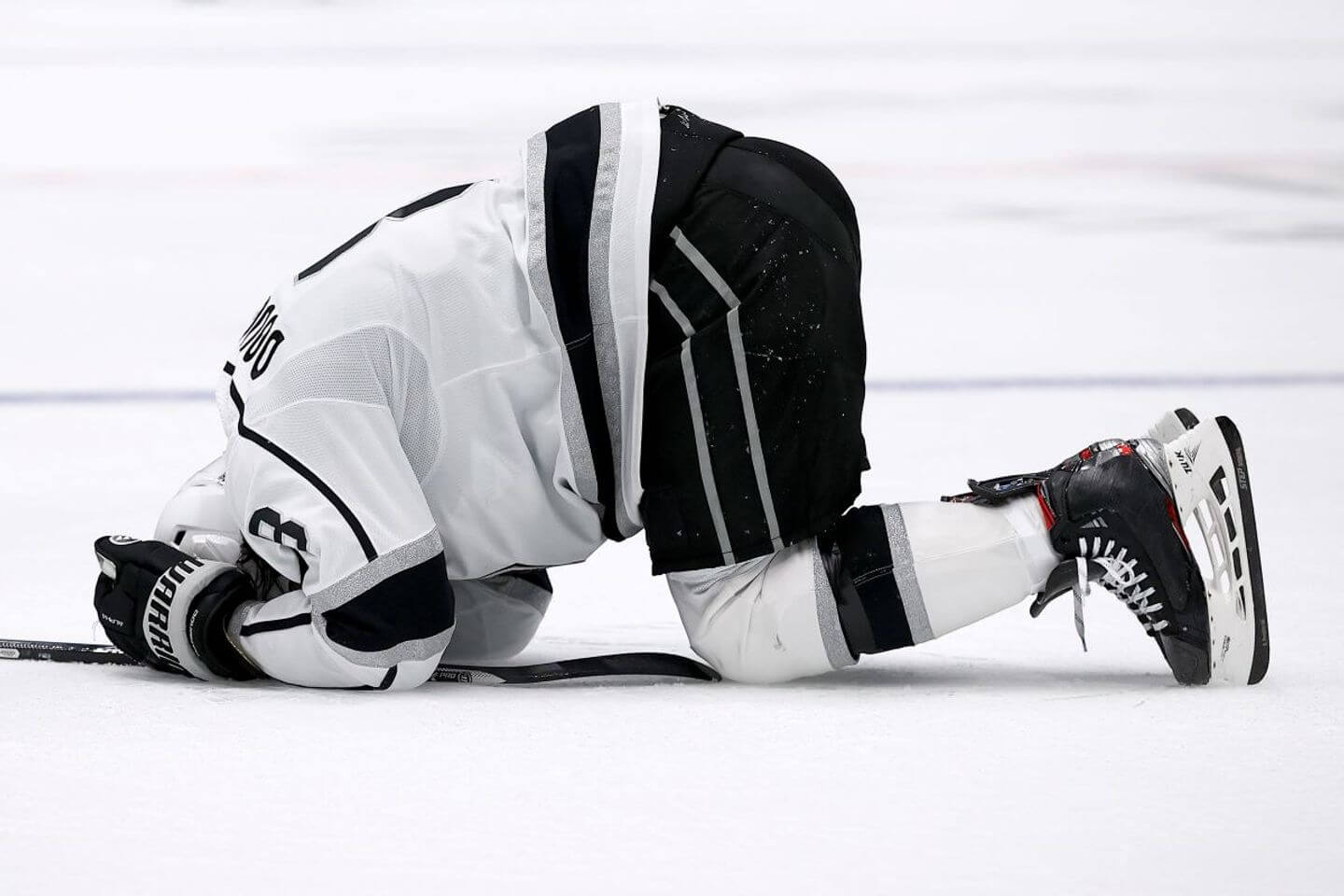 LA Kings general manager Rob Blake indicated that Drew Doughty will be out approximately eight weeks while Sean Walker is done for the year.

LA Kings general manager Rob Blake held a press conference via Zoom call on Wednesday to update the media on a few injuries within the organization. If all goes well, defenseman Drew Doughty will resume skating in six weeks and live-game action in eight weeks. Last Friday, the former Norris Trophy winner hyperextended his knee in a collision with Dallas Stars defenseman Jani Hakanpaa. The initial report on Saturday was that Doughty suffered no ligament damage to his knee.

As for Sean Walker, Blake indicated that the 26-year-old has a torn ACL/MCL, and he’s done for the year. Walker got his leg tangled with Blues forward David Perron on the opening faceoff of the Kings’ first penalty kill on Monday night. He was helped to his feet but was unable to put any weight on it as he headed down the tunnel. It’s tough luck for Walker, who missed a couple of weeks last year after taking a puck to the face off a Matt Dumba slapshot.

Blake stated that neither player will be placed on Long-Term Injured Reserve.

Walker tore the anterior cruciate ligament (ACL) and medial collateral ligament (MCL) in his right knee against the St. Louis Blues on Monday. He will undergo surgery at a later date and is out for the season.

As for Lias Andersson, he was a full participant in practice on Wednesday. Andreas Athanasiou also returned but in a limited role. Brendan Lemieux was also activated off the COVID-19 list. Ahead of Wednesday’s practice, Kale Clague, Arthur Kaliyev, Rasmus Kupari, and Austin Strand were recalled from the AHL.

The LA Kings will host the Winnipeg Jets on Thursday, with puck drop set for 7:30 pm PT.