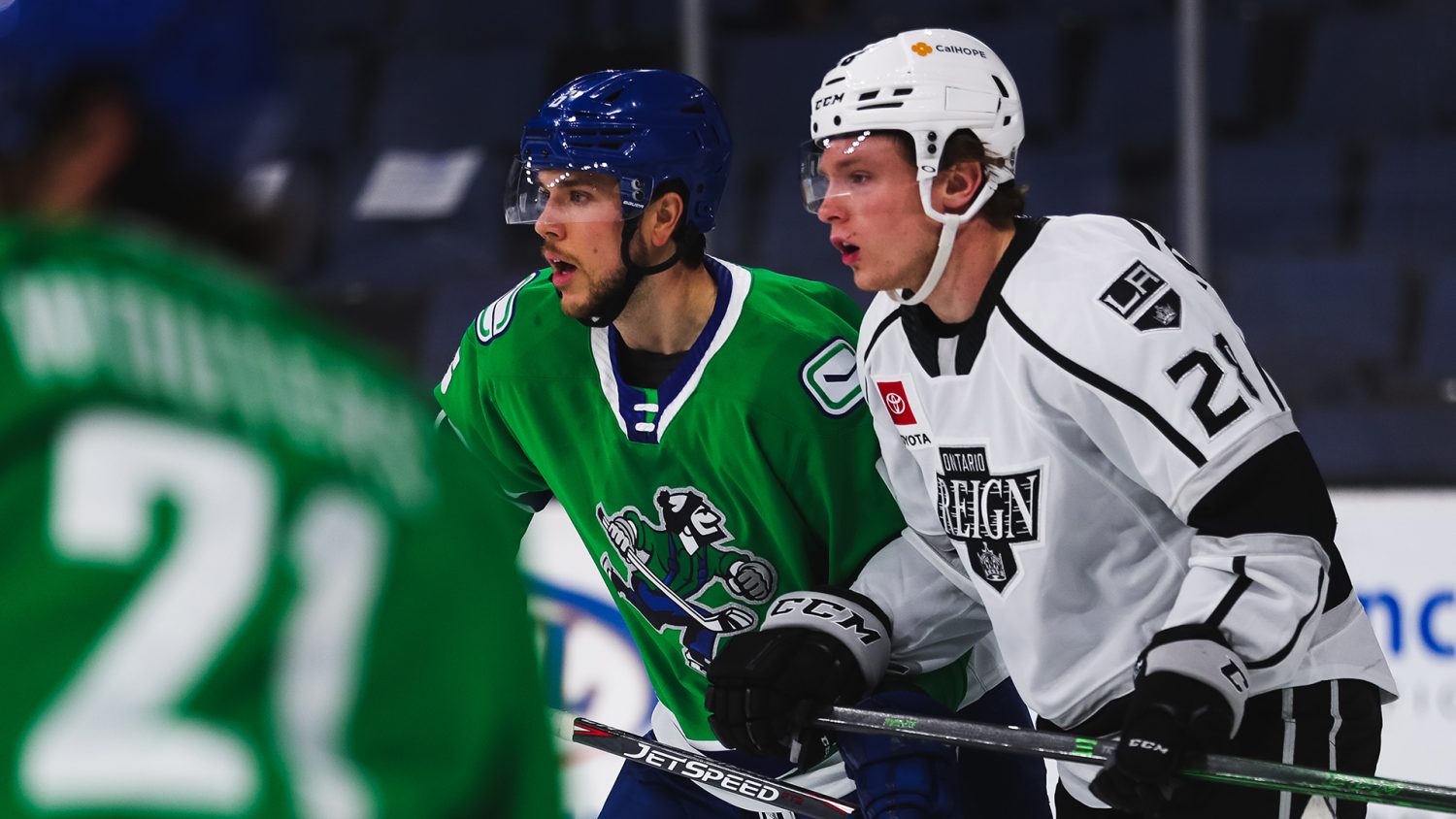 It would again take more than 60 minutes, but the Ontario Reign came out on top, winning 4-3 against the Abbotsford Canucks in overtime on Tuesday.

The Reign led 2-0 early before three straight goals put the Canucks ahead late in the third. Ontario would tie it after pulling the goalie before Martin Frk scored on the power-play in overtime.

Here’s how Ontario lined up for this one:

Warmups are in the books at @ToyotaSportsCtr. Just 15 minutes to puck drop!@ontarioreign projected lineup:

In the first period, the Reign controlled the play at 5 on 5 – out-attempting the Canucks 15-11 and out-shooting them 11-10. The hosts scored twice just 34 seconds apart to take a quick 2-0 lead; the first from Johan Sodergran:

Fellow Swede Samuel Fagemo would strike next off a deflection:

The Reign could have had more, but Michael DiPietro made a couple of big saves to keep the score 2-0:

Mikey D made some clutch saves in the first period for Abbotsford pic.twitter.com/7YqVd7VXwe

DiPietro ended the game with 26 saves.

The second period was a little bit tighter. The teams each had eight shots on goal, and Abbotsford, aided by five power-play attempts, out-attempted the Reign 19-14.

Ontario killed a 5-on-3 Canucks’ power-play midway through the period. Matt Villalta made two big saves, and Jaret Anderson-Dolan had two key blocks while it was still down two men to keep the score 2-0 at the time.

Abbotsford would get on the board late in the period on a goal from Carson Focht:

With just over four minutes to play, Abbotsford took the lead on a Justin Bailey goal that beat Villalta between the legs.

Ontario pulled Villalta with just over two minutes left, and it paid off. TJ Tynan found Tyler Madden in the slot for the tying goal:

Here's a look at the tying goal! pic.twitter.com/X7lsLA8D3R

The Ontario Reign are back in action on Friday night against the Bakersfield Condors; 7 pm PT from Toyota Arena in Ontario.