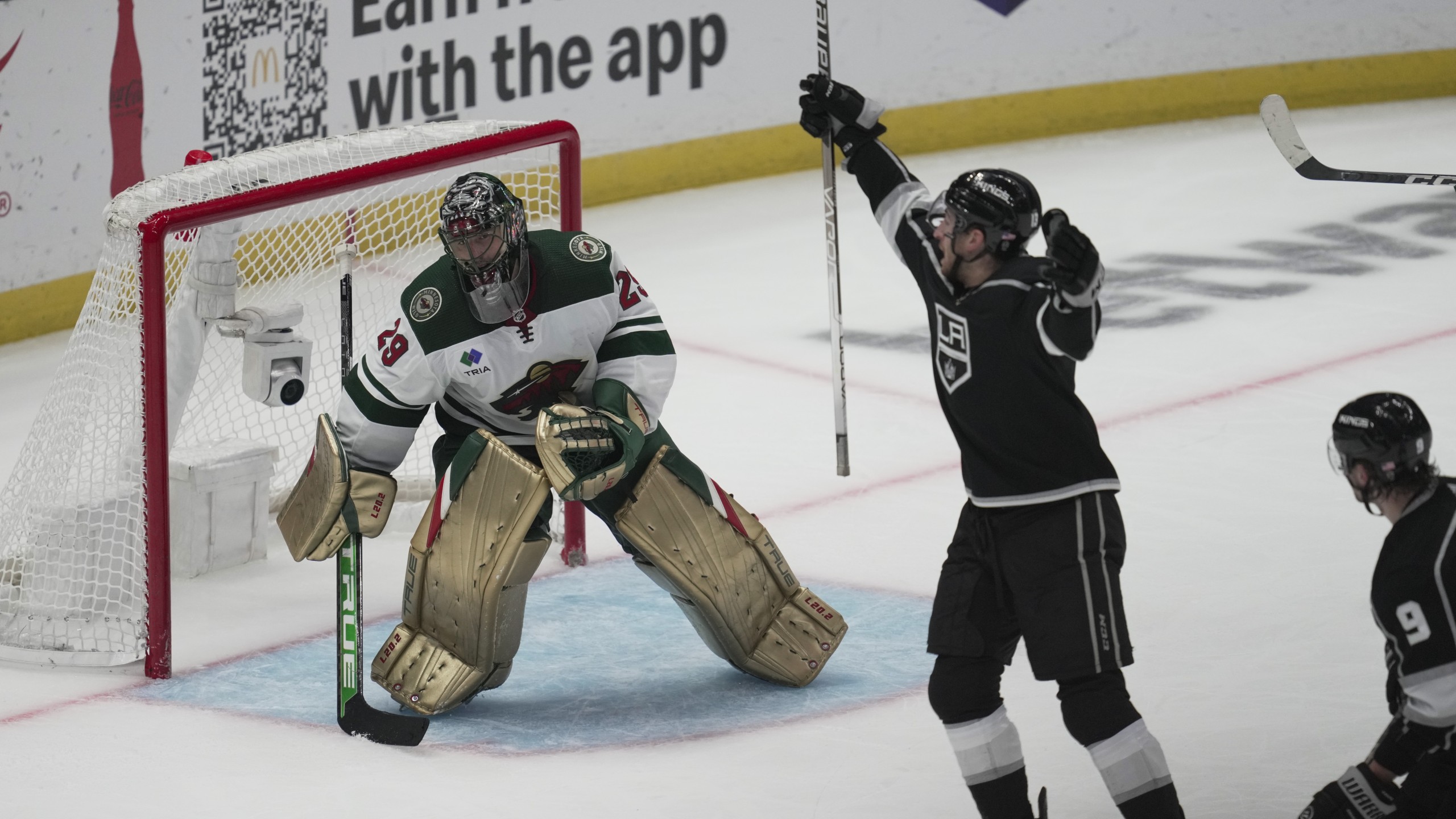 The LA Kings overcame a horrid showing from the power play to shut out the Minnesota Wild 1-0.

Going into the second period tied 0-0, I’m sure many Kings fans were expecting disappointment. How could you not? This had all the feel of the type of game where LA would dominate possession and limit their opponent’s scoring chances yet still find a way to lose. But we’re starting to see the Kings find ways to win games in different ways.

In stark contrast to the 7-6 barn burner between these two teams in Minnesota, this one was all defense, eerily similar to Kings/Wild games of the past. It took a big goal from Gabriel Vilardi late in the third period to propel the Kings to a 1-0 shutout win over the Minnesota Wild, and Jonathan Quick stopped all 21 shots he faced.

Whether it be a high-scoring affair or a defensive slog, the LA Kings have shown the capability to adapt to different styles of games. We’ll have to see how that carries on going forward.

LA Kings defenseman Drew Doughty and Minnesota Wild forward Kirill Kaprizov have had their fair share of battles since Kirill joined the league a few seasons ago. And we saw the history between these two star players reach a boiling point last night when Kaprizov was assessed a match penalty at the 14:48 mark of the second period.

Kirill Kaprizov has received a match penalty for this play on Drew Doughty. pic.twitter.com/Ry9dkcn8sj

I have to say I was pretty surprised the officials gave Kaprizov a five-minute major for the hit/cross-check on Doughty. Don’t get me wrong; it was definitely a penalty. But usually, you see match penalties called when an injury is sustained.

The “intent to injure” aspect of the swing by Kirill must’ve come into play from the officials’ ruling, which I can understand. Just because Doughty wasn’t hurt doesn’t mean the consequence should be any less severe. And for those saying, “watch what Drew was doing before the play,” just stop it.

The LA Kings had 13 minutes of power play time last night, finishing 0/4 with the extra man. In that time, the Kings had 0.6 expected goals compared to the Wild’s 0.49 expected goals at 5v4, according to NaturalStatTrick.com, with Minnesota only having one two-minute power play opportunity.

Nothing was clicking. Zone entries proved much more difficult than in previous games, and when they were set up in the offensive, far too many passes were made. It’s time for the Kings to simplify things.

There are some excellent shooters on both units in Kevin Fiala, Adrian Kempe, Arthur Kaliyev, and Viktor Arvidsson. If there are opportunities to throw the puck on net, the Kings need to take advantage. Especially with the way the power play was trending last night.

The LA Kings are back at it Thursday night when the Chicago Blackhawks head into town.