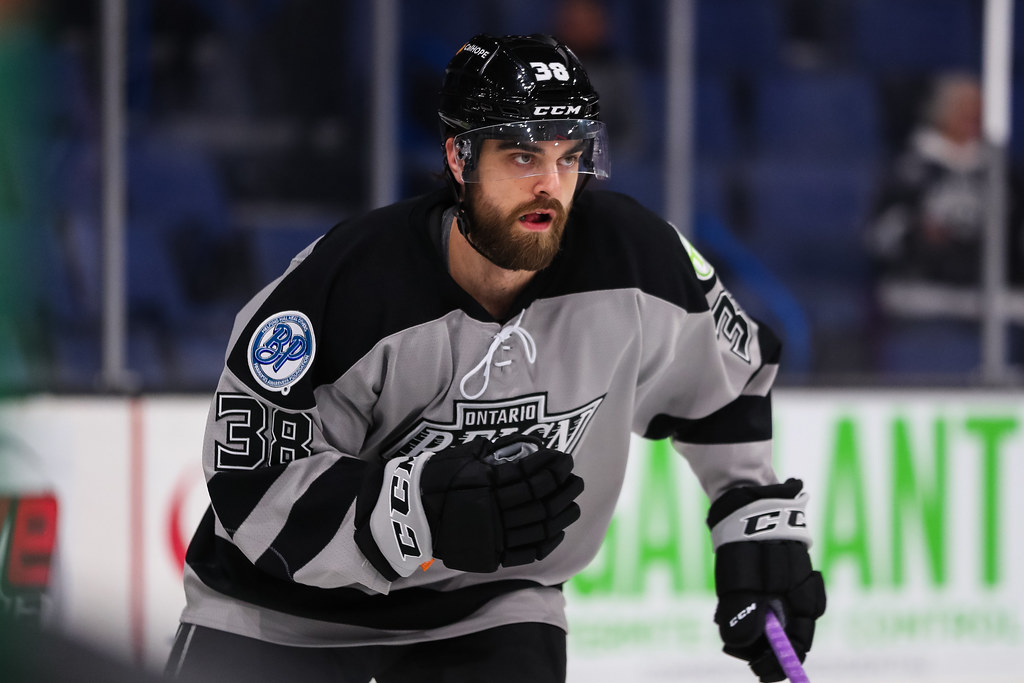 With training camp right around the corner, we are previewing each player on the LA Kings roster. Up next: Frederic Allard!

In 36 games with the Admirals, Allard recorded one goal and four assists for five points. With the Ontario Reign needing help on the blue line because of call-ups to the Kings, LA acquired Allard in exchange for forward Brayden Burke on March 21st. Allard would immediately report to Ontario for the rest of the year.

With the Reign, Allard played in 15 games and recorded 10 points. The veteran blueliner spent time on both the second and third defense pair and occasional time on the power-play when Helge Grans got hurt. When filling in on the power-play, the Reign didn’t miss a beat as Allard looked comfortable filling in.

Allard has been assigned to the @ontarioreign (AHL).

The Reign brought back Allard on a one-year, two-way contract extension for this upcoming season. If Jordan Spence returns to Ontario, which seems to most likely happen, I would expect Allard to play on the third defense pair. If any injuries and call-ups arise, Allard can move up and down the defense pairings like last year.

Allard is not much of a scoring threat but is good defensively. If needed, having Allard fill in on the power-play isn’t a bad idea since he did a good job doing so late in the year. He has good vision and a heavy shot. This year Reign fans will get to see a full season of what Allard brings to the table.