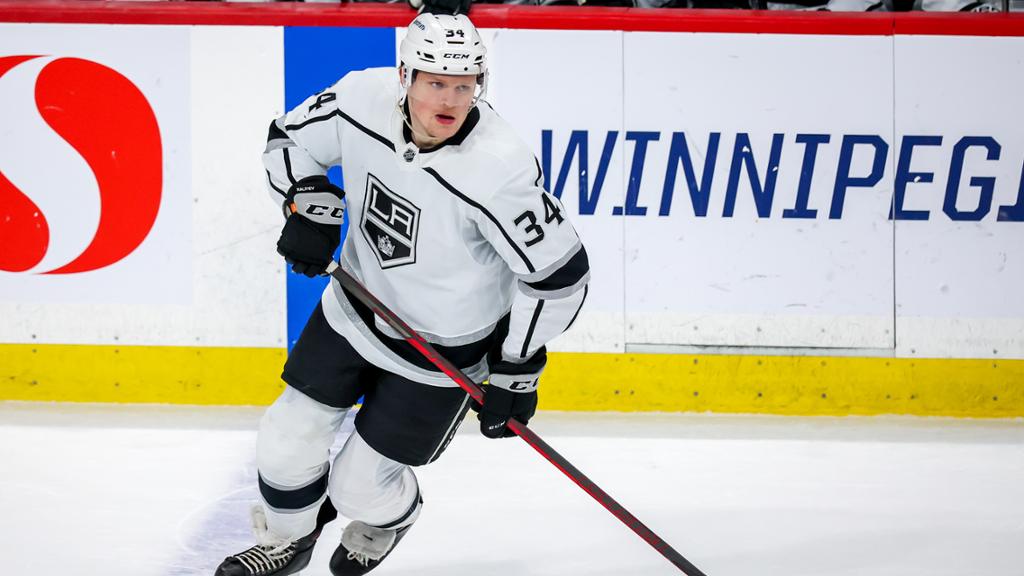 With training camp right around the corner, we are previewing each player on the LA Kings roster. Up next: Arthur Kaliyev!

Arthur Kaliyev was the most notable rookie forward that took a jump for the Kings last year. Spending the majority of the season as a bottom-six forward Kaliyev played in 80 games and posted 14 goals, 13 assists, and 27 points. Of his 14 goals, six of them came on the power-play. While there is no question about Kaliyev’s shot, his defense is what caused him to fall out of the first round of the draft. The LA Kings quickly snagged him with the second pick of the draft (33rd overall) when they were on the clock.

Kaliyev loves to shoot the puck. It’s understandable when he has a great shot like that. His 194 shots on goal (out of 310 attempted shots) were tied for 6th on the team. His shooting percentage for the year ended up being 7.2% which was good enough for 16th on the team. The game against the Dallas Stars on March 2nd was perhaps Kaliyev’s best game of the year with two goals and one of them being a power-play goal.

It’ll be fun to see the jump Kaliyev takes next season. Last season he spent most of the season on the fourth line with Blake Lizotte and Brendan Lemieux and it’ll be interesting to see if he starts there again or if McLellan has other ideas. While a lot of people would like to see Kaliyev land in the top six, it may not happen right away but definitely will in the future.

One area I hope Kaliyev is used more is the power play. With that great shot of his, it is a great weapon to have. Last season he was mainly on the second unit and it’ll be interesting if that is the case again or if he works his way up to the number one unit. Should be an exciting year for number 34.