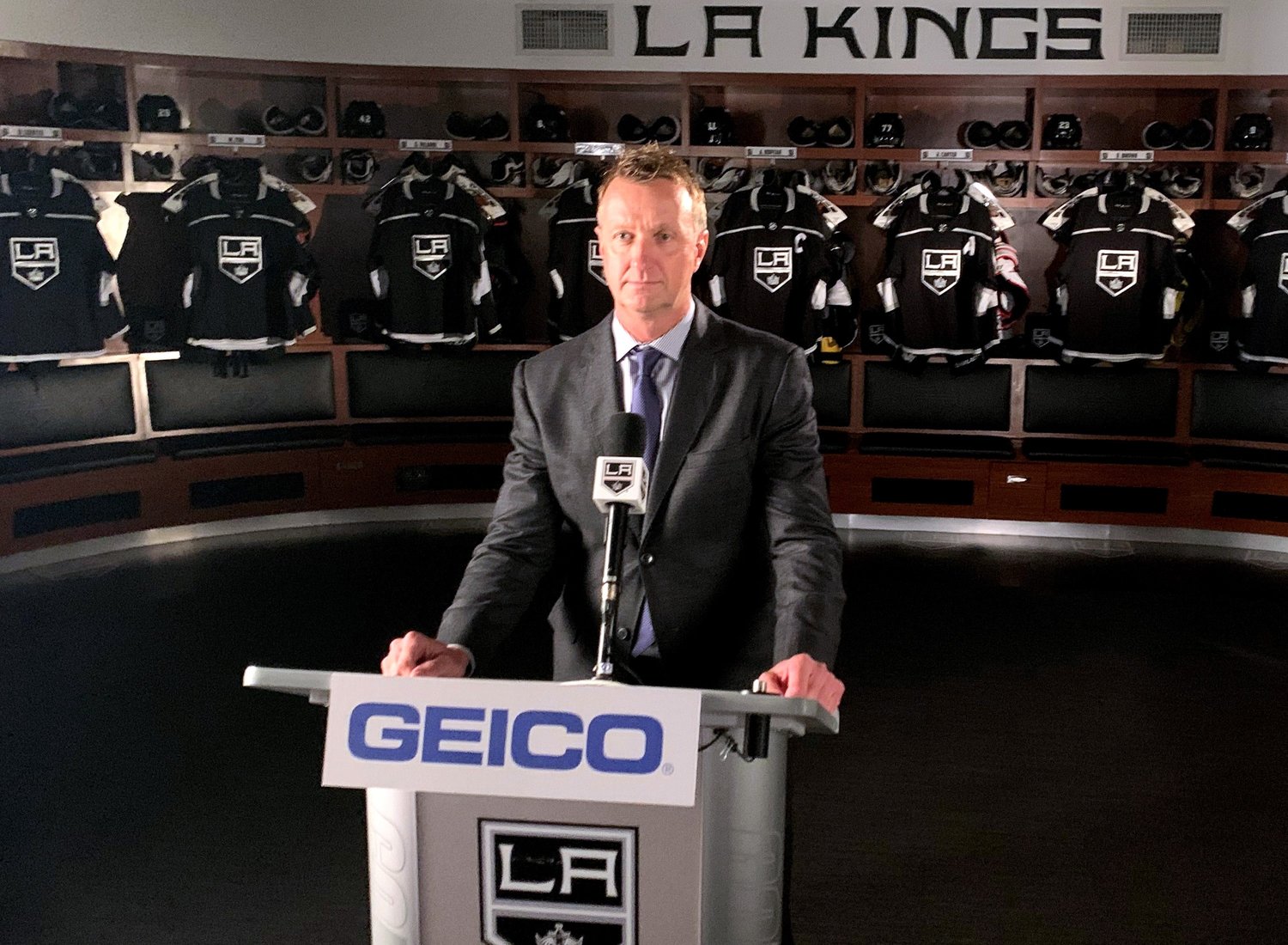 Every NHL team’s ultimate goal is– and should be– to win the Stanley Cup. No matter what it takes, and no matter how you reach the top, sacrifices and commitments must be made.

The LA Kings have achieved the greatest trophy in all of the pro sports, the Stanley Cup, twice in their 55-year existence. Relatively, it took many, many years of agony and tormenting years to win, but Kings fans were rewarded with two cups in three years in 2012 and 2014.

As we perceive, 2018 marked the beginning of a lengthy and tortuous rebuild, but it finally looks like the Kings are ready to make a playoff push once again.

Bringing in the likes of Phillip Danault, Viktor Arvidsson, and Alex Edler for the economical price of a second and a third-round pick were some of the best decisions general manager Rob Blake could’ve made. He filled in the top six gaps that were unaccounted for, but he brought them in without battering the future of the LA Kings.

Speaking of which, the prospects seem to be doing better than ever for the Kings. Brandt Clarke continues to bestride the competition in the OHL with 56 points in 51 games. Martin Chromiak now has 38 goals and 76 points in 54 games this season with the Kingston Frontenacs, and Alex Laffariere tore up his first year in the NCAA with Harvard, recording 31 points in 35 games played. All of this even more discernible is how these three players are just the tip of the iceberg.

Of course, the iceberg of the abundance of prospect depth that the LA Kings have. Ranking second in the entire league in prospect pool rankings, the Kings have gone through a textbook rebuild, which every other GM needs to learn how to do. Rob Blake deserves full credit for what he’s done to set the team up for the future, as well as for making it a better team at the moment.

Hardly anyone had the LA Kings making the playoffs this year, including most analytical models. With all the odds stacked against them, they managed to find their game late-ish into the season and have made a legitimate push for the playoffs. They now have 86 points in 72 games played this year, and they sit third in the Pacific Division. The race for the playoffs is tighter than ever, with the Edmonton Oilers being up by one point with one extra game in hand and the Vegas Golden Knights making one final push in hopes of staying in the playoff race. They have 82 points in 71 games played.

Are the playoffs a guarantee for the LA Kings? Probably not seeing how they haven’t clinched a playoff berth quite yet.

Per HockeyViz, the LA Kings have an 85.2% chance of making the playoffs. That’s the third-best in the division via playoff chance percentage, which is still good enough to land safely in a playoff position.

If the Kings can barely squeeze into the playoffs with the myriad of injuries they’ve had recently, that’ll be a massive win for the team. Will they go far? There are no promises because hockey is random at almost all times.

But the fact that the Kings are finally beginning to make this much-needed playoff push after years of purposely struggling is finally starting to pay off, and it’s leaving us all on the edge of our seats. Unquestionably, we all want them to make the playoffs and make a serious push for the holy grail, but it’ll still be an advancement if they get knocked out of the first round.

Knowing that this year is the first year out of the rebuild, you’d expect them to miss the playoffs but see improvement in the regular-season standings. A slow type of climb back to succession, if you will. On the contrary, the Kings skipped through that “slowly making it up” mentality and have fired straight up into the “playoffs or nothing” attitude.

This doesn’t always happen with rebuilding teams, and the fact that the Kings were the rare occasion is honestly refreshing to see. We know that this team can do well, and we know that they’ll be just fine. The players that the management group acquired in the off-season have put this team over the top.

The “kids” are playing

As we’ve been waiting for them to do so, the Kings have started to play the kids. Gabe Vilardi, Rasmus Kupari, Quinton Byfield, and Arthur Kaliyev have all earned regular spots on the LA Kings lineup. Their appearance has been made known, especially the Champagne line (Kupari, Byfield, Vilardi) with their on-ice playing ability.

Great offensive shift from the champagne line further proving that maybe you should play the kids. #GoKingsGo pic.twitter.com/Lct4P2xllc

Although most of their success isn’t shown on the scoresheet, they’ve solidified their presence on that third line and have made Kings hockey ten times more fun to spectate.

The champagne line is on fire. What a great saucer pass from Vilardi to Kupari. Although I have no clue how that isn’t a penalty. #GoKingsGo pic.twitter.com/1J9gCNgjdf

So, playing the kids is why the Kings have been doing better this year than the previous ones. It isn’t. Most of the ice time is being given to the older players who are considered the veterans of this LA Kings group.

At 5 on 5, the majority of the players that are deployed and given more ice time are the older players. There are a few young faces that are on this list, such as Mikey Anderson and Tobias Bjornfot, but the players that we’ve seen the most are veterans like Anze Kopitar and Phillip Danault.

So even though we think that the Kings are winning is because of the young guns finally getting played, in actuality, a lot of the success is due to the older players finding the peaks of their games. This doesn’t mean that the young players are useless, but rather that all four lines are working and every single defensive pairing is capable of playing high minutes. The team is very well-rounded.

This puts the Kings in a better position, seeing how the kids aren’t even fully developed yet. Quinton Byfield is 19 years-old, Arthur Klaiyev is 20 years-old, and Jordan Spence is only 21 years young. Those are just a select few of the younger players that will eventually blossom into full-time NHLers who will compete and help the Kings win games regularly. If the current young depth doesn’t convince you that LA is in the best possible situation in the NHL, how would you feel if I told you that the Kings still have most of their top-end prospects in the minors and juniors, as well as their first-round pick in 2022? By the way, the 2022 draft class is considered one of the best in a long time.

If that still doesn’t convince you, the salary capacity will. With contracts like Jonathan Quick’s $5.8 million and Anze Kopitar’s $10 million deals coming off the books in a few years, that opens up countless possibilities for the Kings to improve their team using the trade market and free agency. Not to mention how they’ll have so much more money to spend this summer.

While LA may not be in the pitch-perfect playoff situation, and they may not be as top line as we would like them to, Rob Blake and the rest of the front office have assembled great conditions for the organization to be in. Having these picks and prospects while still competitive is imperative for the LA Kings. So what if they don’t go far in the playoffs? They’re set for years to come, and they’ve managed to create a winning environment in the midst of it all. Kings fans have nothing to fear.