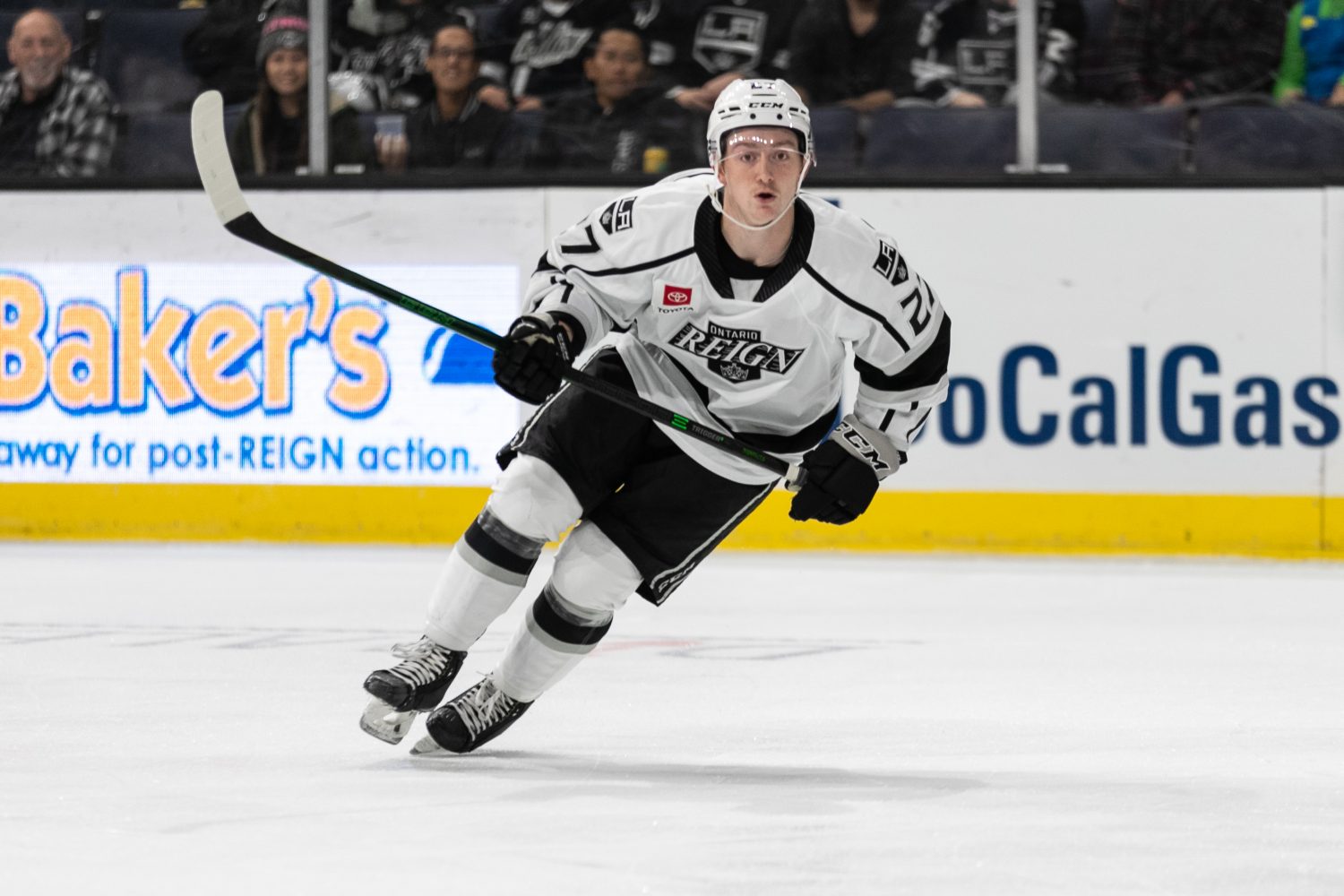 The Reign scored four straight goals on Saturday en route to a 5-2 victory, sweeping the home-and-home with Henderson.

If there were any concerns as to how the Ontario Reign would respond to a tough loss last Sunday, back-to-back wins against the Henderson Silver Knights should end those.

Quinton Byfield extended his point streak to five games while Tyler Madden scored in his third straight contest. Matt Villalta, making his second start in as many nights, made 29 saves in Ontario’s 5-2 win.

The Reign have won three of four against Henderson so far this season.

It was an inauspicious start for the visitors as Maxim Marushev put Henderson up just 19 seconds into the game. The Silver Knights held that lead for most of the opening period until Byfield got the Reign on the board with the man-advantage:

Hey if you guys don't want to cover that 55 guy… that'd be fine with us!

Just over two minutes later, Austin Wagner would give Ontario a lead they would not relinquish:

Austin Wagner put us in front 2-1 with this finish! pic.twitter.com/1OSYLmJRUP

In the second, Nikita Pavlychev scored his first career AHL goal off a feed from Keegan Iverson, who picked up his first AHL point since the 2017-18 season:

The lead would get extended to three when Madden converted a Brett Sutter pass after the captain forced a turnover:

For the second straight night, Henderson would apply third-period pressure and close the gap on the scoreboard when Pavel Dorofeyev scored a power-play goal to bring the hosts within two. It wouldn’t be enough as Villalta came up with a handful of big saves to keep the score at 4-2 before Jordan Spence‘s powerplay goal regained Ontario’s three-goal lead.

Spence quietly has points in five straight games and also has six assists in his last eight games.

The Reign return home on Monday for a matchup with the Abbotsford Canucks.