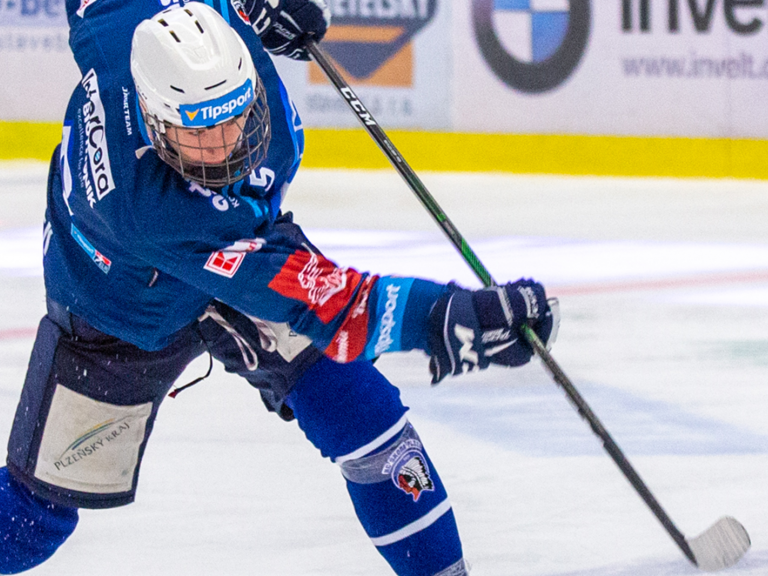 Highly-ranked but recently injured defenseman David Jiricek could be another player that slips in the draft due to injury.

In the season to be jolly, Christmas trees go hand-in-hand with hockey sticks. The World Junior Championships is one of the most wonderful times of the year for hockey fans. All of the top prospects around the world get together to don the colors of their nation and face off in one of hockey’s most anticipated tournaments.

While this is generally an exciting time for most players, it ended before it began for top 2022 NHL Draft prospect David Jiricek of Czechia. With a little over 13 minutes left in the 2nd period of his team’s opening game against Team Canada, Jiricek collided with Canadian forward Will Cuylle.

After Cuylle received an outlet pass up the wall, Jiricek tried to stand him up before the blueline. What looked like a big hit at the moment ended up being costly for the 18-year-old defenseman as he and Cuylle’s knees collided. There was an audible sigh in the arena as he held his knee on the ice.

David Jiříček left the game with an injury after this collision with Cuylle. #2022NHLDraft #WorldJuniors pic.twitter.com/JeHcvc3Oip

We do not know the severity of the injury, but we do know how we all felt after a similar collision put Los Angeles Kings defenseman Drew Doughty on the shelf for over a month.

Now I know what you must be thinking: poor kid, we wish him a speedy recovery, but how is this related to the Kings? Well, let’s take a stroll down memory lane of past drafts to find out.

In the 2020 draft, Hendrix Lapierre was a highly-skilled prospect coming off pretty serious injuries. In February of 2019, Lapierre suffered a concussion, with two more coming in the fall of that year. As it turns out, it wasn’t only concussions but three head and neck traumas as well.

After getting X-rays and MRIs done, Dr. Daniel Dyrek determined that two of Lapierre’s vertebrae were out of place. This would take him out for the rest of the 2019-20 campaign, leaving his future not only in the draft but his career up in the air.

If we are to backtrack a little, Hendrix was the first-overall pick by the Chicoutimi Sagueneens in the 2018 QMJHL draft. That year, he put up 43 points in 48 games earning him the Michel Bergeron Trophy, awarded to the league’s Offensive Rookie of the Year.

Going into the 2019-20 season, Hendrix was ranked 11th by Scott Wheeler of The Athletic, noting:

“I debated having him as high as 8 on this list…Lapierre’s the kind of talent who can take over shifts and games.”

Finishing in the twenties or the second round on some lists by the end of that season, the Washington Capitals were ultimately comfortable with the doctors’ diagnosis and took him at 22nd overall in the draft.

He would later win a spot out of camp and get his first NHL goal. The elation on his face, given the injuries that he overcame, was something to be seen:

That scenario wasn’t the only one in recent memory. In 2019, Peyton Krebs was among some of the players in discussion with what would have been in line with the Kings’ fifth overall pick.

Establishing himself as a leader and clear voice for the Kootenay Ice, he was fitted with the “C.” Widely considered the best player on a bad team, Krebs posted 68 points in 64 games during his draft year.

He showed everything you would want in a top pick. In addition to being a leader, he was an outstanding skater that could drive from the outside and take the puck to the net. He used his skating to open up his playmaking ability. These qualities, alongside his work ethic, landed him near the top ten in most rankings before the draft.

Just weeks before the draft, he suffered a partial tear to his Achilles tendon. Rehab would put him out multiple months, putting doubt in many organizations despite the strong play Krebs had displayed up to this point. The Vegas Golden Knights would eventually pull the trigger on Krebs at 17th overall.

With the delayed pandemic season, Krebs started the year with Vegas and their AHL affiliate, Henderson Silver Knights, putting up six points in the nine games between the two clubs. Giving some credence to taking skill regardless of the injury if a team is willing to be patient.

David Jiricek can be the 2022 version.

Time to get to the matter at hand and set the stage for the Kings in the 2022 NHL Draft. David Jiricek is a right-shot defenseman with size and skill. Standing at 6-foot-3, 190lbs, he plays in the Czechia professional league for HC Plzen.

This is important to mention because this league generally isn’t highly scouted due to the scarcity of talent. Consider that most players from Eastern Europe will eventually end up playing in North America or Scandinavia – like Kings 2021 fifth-round pick Martin Chromiak.

Looking at Byron Bader’s Hockey Prospecting player card, he draws some pretty intriguing comparables, in addition to a strong probability of making the NHL:

The World Junior Championships were going to be Jiricek’s opportunity to show what he can do on the world stage, and he wasted little time flashing his skill in the opening game against the Canadian hosts.

Below you will see Jiricek manning the Czechia powerplay. Right off the draw, Jiricek takes the puck from the right point and delivers an excellent saucer pass to Pavel Novak for the one-time goal.

Great pass under pressure from Cesko 18 year old defenseman David Jiricek setting up the goal while manning the point on the PP. David is the top ranked defenseman for the #2022NHL Draft. pic.twitter.com/vyv3ukcUKr

In this next clip, you will see the 6-foot-3 defender running the point for HC Plzen’s powerplay.

He receives the puck from the half wall, uses his excellent skating and hands to set up a wonderful pull, and drag around the defender. This allows him to release the shot with no traffic and pick his shot from the point, scoring a goal.

Jiricek is a huge part of his team, averaging more than 18 minutes a night and constantly putting his two-way game on display. Feather footed, the skating looks effortless in all directions for a player of his size. He utilizes his skating and length to close gaps in transition as well as play man to man down in the corners.

Additionally, the Klatovy native is a great stick handler, which is on full display when transporting the puck up the ice or when he is in his own zone.

In the offensive zone, he has no problem unleashing his hard and accurate shot if he is unable to distribute the puck:

David Jiricek scores his 5th goal of the season.#2022NHLDraft pic.twitter.com/KFIZRDgaDH

The Kings have one of the top prospect pools in hockey and will most likely be picking in the 10-20 range come draft day. If Jiricek were to fall because of his injury, the Kings are exactly the team who can take the risk – and be patient – on a highly-skilled player who has been ranked as high as fourth by The Athletic’s Corey Pronman:

“There’s a lot of attractive elements to a 6-foot-3, right-shot defenseman with legit offense and two-way ability.”

Sure, the LA farm system might have an embarrassment of riches when it comes to right-shot defensemen, headlined by their 2021 eighth overall-pick Brandt Clarke. He joined standout second-round picks Brock Faber, Helge Grans, and a potential draft steal in 2019 fourth-rounder Jordan Spence.

But without a dominant goalie prospect in the draft, the Kings need to take the best player available. Jiricek could trickle down teams’ lists and fall right into Rob Blake’s lap.

Locking down the right side of the defense for years to come doesn’t sound like a bad idea.

2 thoughts on “Could David Jiricek be a draft day steal for the LA Kings?”