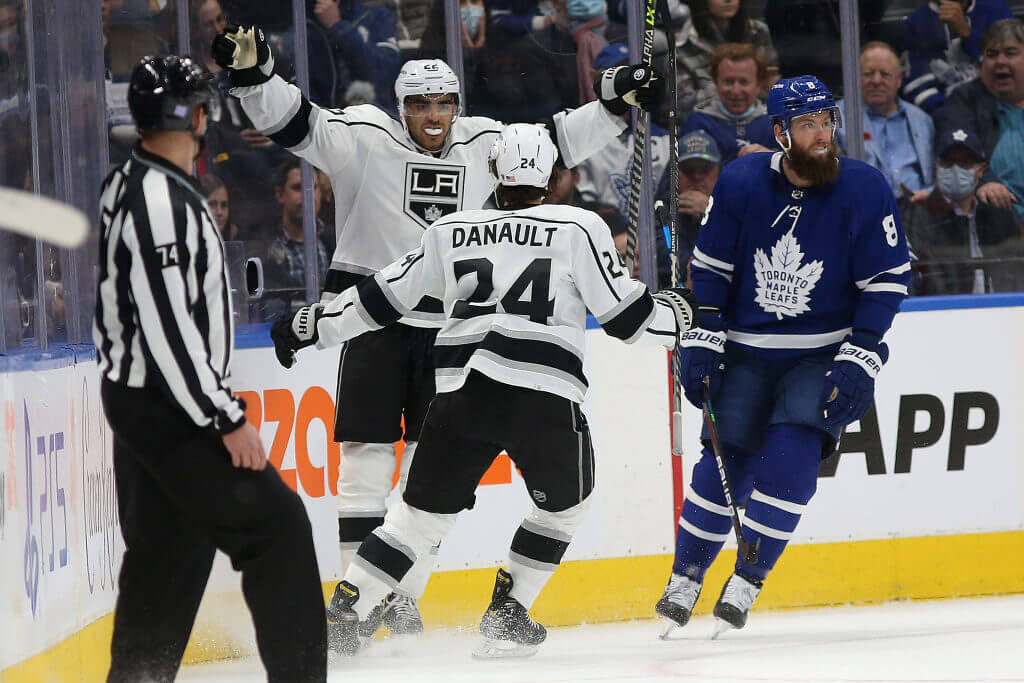 The LA Kings earned a big win on Monday night against the Toronto Maple Leafs, thanks in large part to the play of their second line.

Phillip Danault continued to torment the Toronto Maple Leafs, this time as a member of the LA Kings. Danault, 28, had back-to-back goals en route to the Kings’ 5-1 victory on Monday, extending their winning streak to five games while ending Toronto’s also at five. The former Montreal Canadien led all skaters with seven shots on goal and obviously had a lot of success playing on a line with Alex Iafallo and Andreas Athanasiou.

The latter played in just his second game of the season, but the combination of his skill and speed has brought another element to the Kings’ second line.

Here’s what he said about his new linemate and other items.

Danault on what Athanasiou has brought to the second line

Obviously, a lot of speed and good offense, good poise, making plays, stretching the D out a lot with his speed, so I think I’m gonna say it again, but his speed is opening everything for us in the O-zone. He’s helping out defensively, too, but just by stretching in the O-Zone, it helps us get the puck out, and the D men are a little more scared of this.

Yeah, for sure. Credit to Todd [McLellan], too. He kept our line since Day 1 with Al(ex) and I and just get a little bit of an upgrade. It was just a matter of time. We were buzzing every game and now it’s coming, so it’s perfect timing.

It was good maturity from our team to respond like that. It’s obviously a really good team on the other side. They got some good offense, scary offense, actually. We came back, we played hard, we sticked to our plan, and we got a good shift right after that too. So yeah, we got the boys going, and we got a big goal too in a second [period].