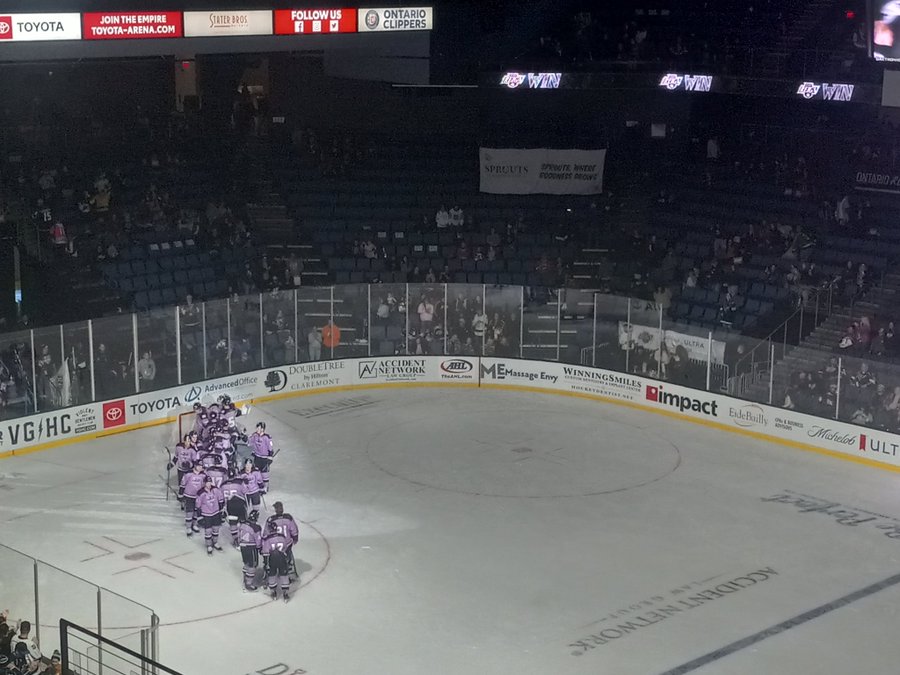 The Ontario Reign hold on after a late third-period goal to snap a cold streak and get back in the win column.

In a surprising move last week, Brandt Clarke was assigned to the AHL for a conditioning stint. Kings fandom has been up in arms about what to do and how to respond to Clarke not playing with the big club. However, Clarke seems to be thriving. The 19-year-old collected his first professional goal and an assist on the game-winning goal, giving him two points in three games for the Ontario Reign.

The Reign are pushing on, and Clarke could start to bloom soon. This conditioning stint could get him ready to contribute to the LA Kings in the very near future. With a blue line log jam happening and Clarke being one of the most highly touted up-and-coming prospects in the Kings pipeline, this conditioning stint could just be the way that he becomes an NHL regular.

A return to form for Copley

Phoenix Copley has had a rough couple of games recently, not posting a .900+ save percentage since October 26th. Not to say that the Reign haven’t been struggling themselves, but Copley has faced 102 shots in his last 5 starts, surrendering 16 goals during the stretch. The Reign need to be better, and Copley has proven that he is better than that.

In comparison to his last five games, Copley had one of his first four starts have a sub .900 save percentage, posting a .935 at his low end. Tonight’s .931 is exactly the kind of performance Ontario needs to end this run of cold play over the last couple of weeks. Ontario currently sits on an 8-5-0-1 record, good for third in the division. If the goaltending tandem of Copley and Villalta can hold and keep the Reign afloat as necessary, a bad run of games can quickly turn into a lot of success.

Taking the next step

Drafting is difficult, there’s no question about it. The LA Kings have done a bang-up job drafting over the last couple of years, but not every pick is a hit. One of those that seemed not so great was Samuel Fagemo. The 22-year-old is playing in his third season in Ontario, and he has produced at a moderate rate for someone drafted in 2019. Factor in that he was in the middle of the second round, and expectations may not have been extreme. Currently, Fagemo is making his money at a half-point-per-game pace, putting him on track for 36 points this season. That is a bit less than the 44-point campaign he put out last year and a bit below expectations.

Fagemo is another member of an organization that should be rounding the developmental corner and may not have a place on the roster for the foreseeable future. He’s capable of great playmaking, and has shown he can light the lamp for the Ontario Reign, but where does he slot in? 44 points at the AHL level may only translate to about 20 in the show, and that’s not going to be enough for a player who should be playing top nine minutes for LA. Again, Fagemo can move the puck, and he is relied upon by Ontario on the man advantage. Fagemo is going to have to reach extreme heights to compete with the talent in the pipeline for LA. Otherwise, he may be a candidate to ship out when the time is right