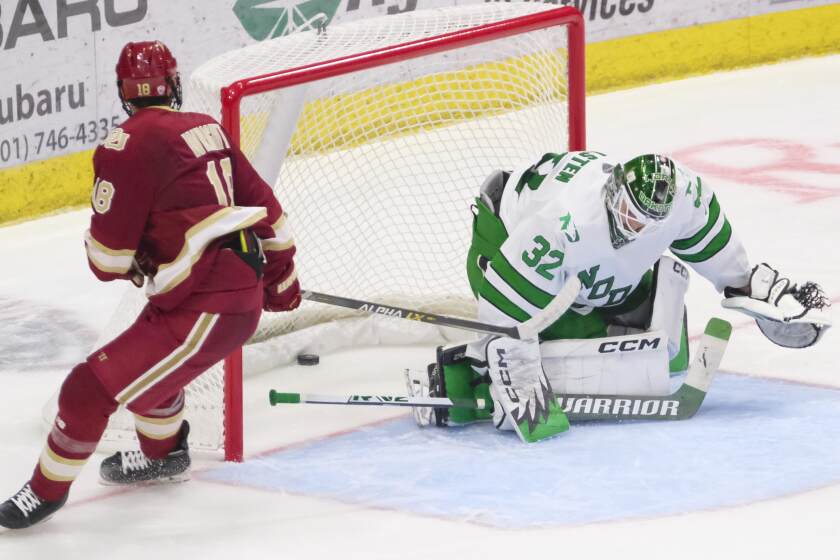 LA Kings prospect Jared Wright had himself a big weekend and was recognized for his efforts on Monday. With three goals and an assist in the University of Denver’s sweep over UND, Wright earned NCHC Forward of the Week honors.

The Burnsville, Minnesota native broke a 2-2 tie on Friday, tallying his first NCAA goal in the third period, which proved to be the game-winner. He also added an assist on Aidan Thompson’s goal in the second period.

On Saturday, he showcased his speed on a breakaway, beating Jakob Hesten to make it a 4-2 Denver lead halfway through the third period. Wright added an empty-netter for good measure to give Denver their first sweep over UND in Grand Forks in over a decade.

Prior to his outburst, Wright had been held pointless through 10 games while primarily playing in a third line role. Earlier in the year, he saw extended time on the first line alongside Red Wings prospect Carter Mazur.

Wright was selected in the sixth round, 169th overall, in this year’s draft and was a late commitment to Denver after decommiting from Colgate.