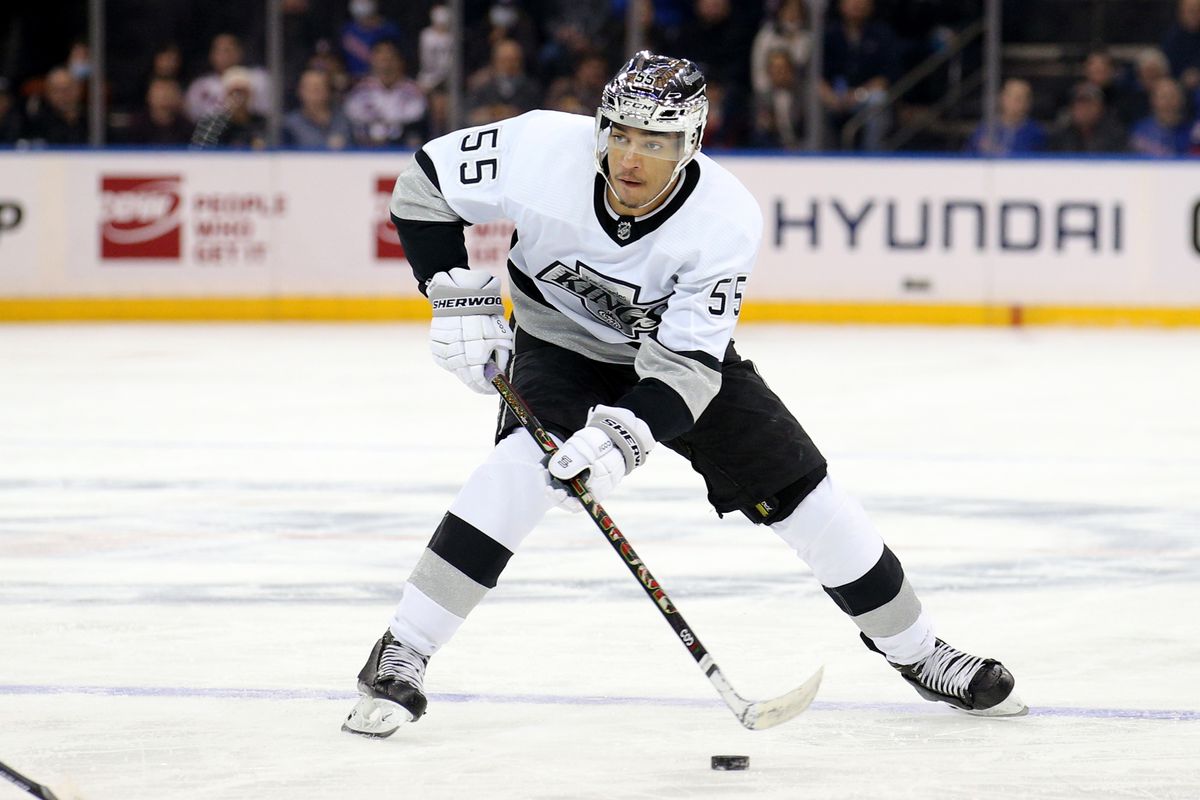 On Sunday, the LA Kings made a roster move, sending forward Quinton Byfield to the AHL’s Ontario Reign for a conditioning stint. The 20-year-old did not travel with the team on the recent three-game roadtrip.

The former second-overall pick in 2020 has not played since October 25 and reportedly lost a significant amount of weight due to an illness.

“He’s back [on the ice], which is a great sign,” Todd McLellan said yesterday via LA Kings Insider. “He lost a lot of weight and he’s going to need to get strong again. He’s going to need some time to recover.”

It remains unclear how long Byfield will be in the AHL, but there’s a significant roster question when he’s ready to return. In his absence, Rasmus Kupari has been handling third-line center duties, and he’s played well.

Kupari tallied his first goal of the season in Saturday’s 5-4 win over the Florida Panthers. The third line, in general, with Kevin Fiala, Carl Grundstrom, and Kupari, has played great.

For now, Byfield will look to regain his legs underneath him and perhaps a few trips to In-N-Out Burger to put the weight back on.