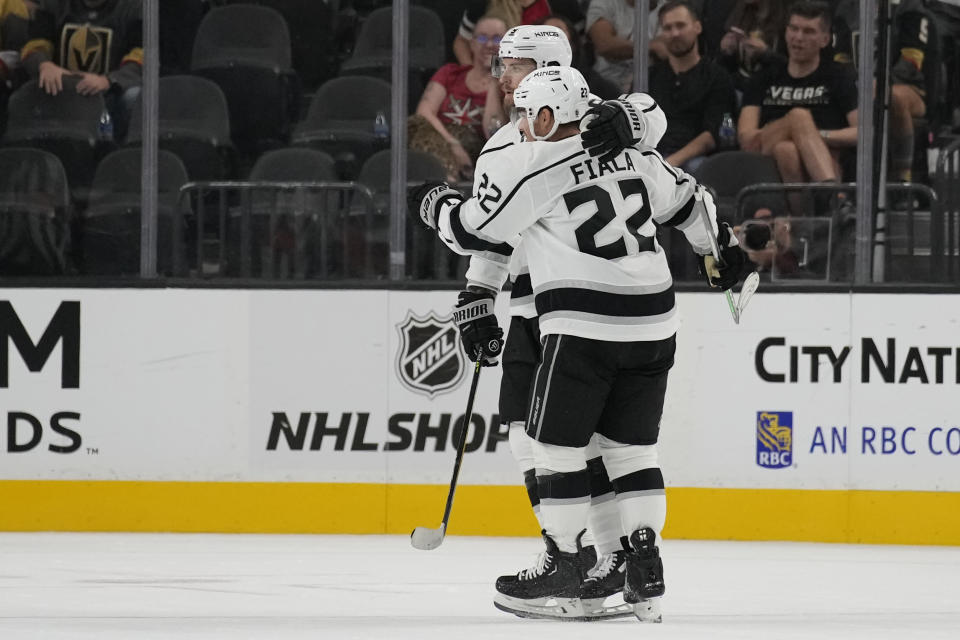 Naturally, when a team acquires a forward still entering their prime, the expectations will be enormous, especially giving up a first-rounder and then signing him to a lucrative contract extension. However, the LA Kings have yet to see Kevin Fiala hit the score sheet in his first two games – at least positively.

The 26-year-old put up crazy numbers last year with the Wild, finishing with 33 goals and 52 assists for 85 points overall.

In two games with the Kings, the Swiss-born forward is a -3 with only four shots registered on goal. His debut saw him record a surprisingly low 15:24 TOI before jumping back up to almost 19 minutes on Thursday.

Todd McLellan was asked what he’s seen from Fiala through the first two games, and he believes his best is yet to come.

“I think he’s going to be a very effective player for us as time goes on,” the Kings’ head coach said. “He’s adjusting to a new team. I think if you refer back to Phil Danault’s time early last year, it didn’t go easy. And I think we’re going to see more and more from Kevin. I don’t think we’ve seen his best yet.”

Going back to last summer, Danault was inked to what now looks like a steal of a contract. But at the time, it was a significant contract, considering that it really marked the first time the Kings organization spent in free agency after their rebuild.

And while the 29-year-old scored in his team debut, Danault had just one point through the first six games. There was a period of adaptation before the points started to become more frequent, which saw the former first-round pick tally a career-best 27 goals in 2021-22.

The same acclimation period should be allowed for Fiala, who is learning a new system. He’s also historically been a slow starter in October. In 48 career games, Fiala has just four goals and 16 points, accompanied by a combined -20 and 4.3% shot rate.

If we look closer at Fiala’s historic season a year ago, he didn’t really take off until the second half, where he potted 20 goals and 51 points in 41 games.

So while these first two games haven’t offered much in the way of Fiala’s true potential, the Kings haven’t looked anything like the team that scored 99 points last year. Perhaps both can get it going simultaneously.