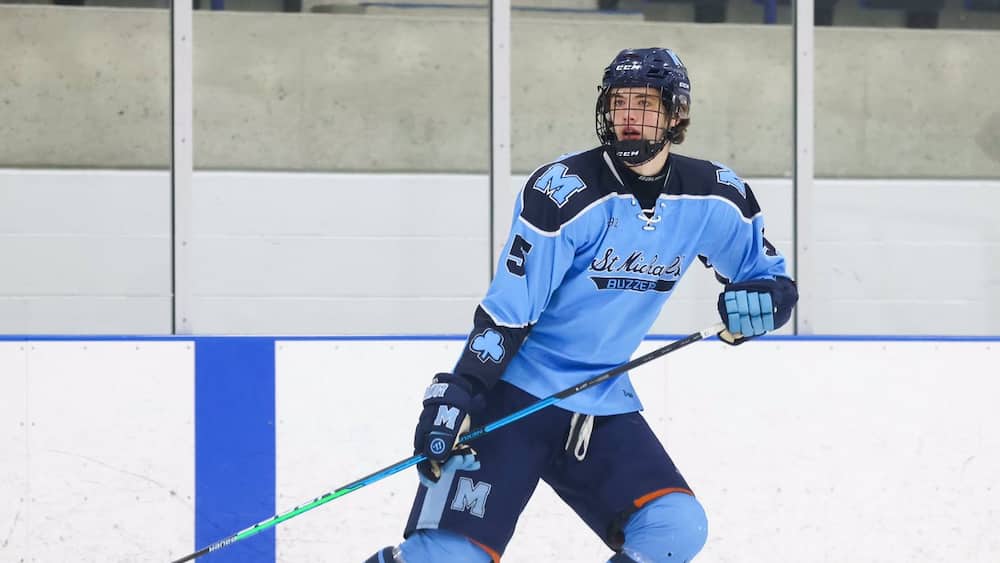 With the 180th overall pick in the sixth round of the 2022 NHL Draft, the LA Kings select the hard-hitting defenseman Jack Sparkes.

“Sparkes’ athletic tool kit is very appealing. He’s a 6-foot-8 defenseman who is quite mobile for his frame. He’s not a blazer but when you see him come up the ice you can easily envision that tool kit in the NHL. Sparkes uses his body, has a big slap shot and has flashes of puck skills, making him a highly appealing pro prospect for several reasons. His offensive game is a long way away though, showing little poise or puck-moving ability. He will be a three-to-four year guy in college, but if he hits, he could be a player.” Corey Pronman, The Athletic

“Jack is a late bloomer and is demonstrating a keen desire to become a pro player…Very coachable and a well-liked teammate, Jack has a mean streak to match his hulking figure. He is a great skater for his size, possessing a long reach and a bomb for a shot. We expect big things from him over the next year and a half and with any luck a possible NHL draft selection in June.” Rich Ricci, Buzzers’ Head Coach and General Manager