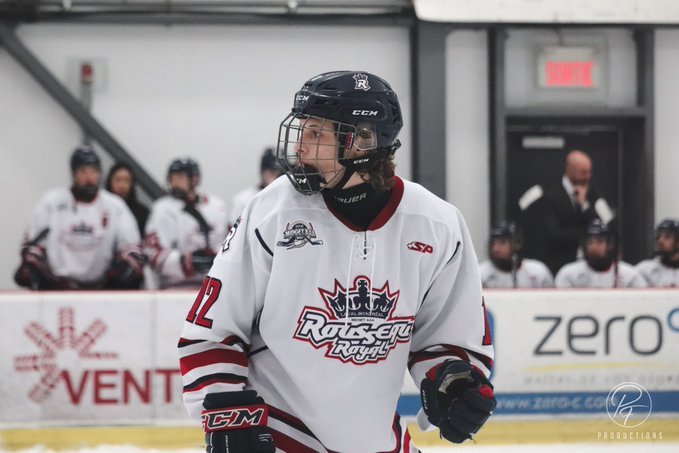 With the 116th overall pick in the 2022 NHL Draft, the LA Kings select left-shot defenseman Angus Booth. According to the NHL Network broadcast, he prefers to go by “Gus”.

“Booth is a highly responsible and agile defenseman that thrives on both ends of the ice. His main asset is clearly his incredible lateral mobility, in which he exhibits crisp stops and shifty edges. He likes to drag the puck while moving laterally along the blue line to force the defense to move and so to open himself some passing or shooting options.” – Joey Fortin-Boulay, FC Hockey

“Booth is a smart, trustworthy two-way defenseman who showed flashes of reliability on both sides of the puck, notably being deployed on the power play and penalty kill. He highlighted an outstanding focus and passion defensively, and was relied on in important end of the game situations.” – Andy Lehoux, FC Hockey

“Booth’s defensive abilities have always been noteworthy and, given his smaller frame, he’s been working hard in the gym to get stronger and become harder to play against. He’s also taking extra time in practice to work on his shot, as a way to add some offense to his game.” – Melissa Boyd, QMJHL/The Hockey Writers