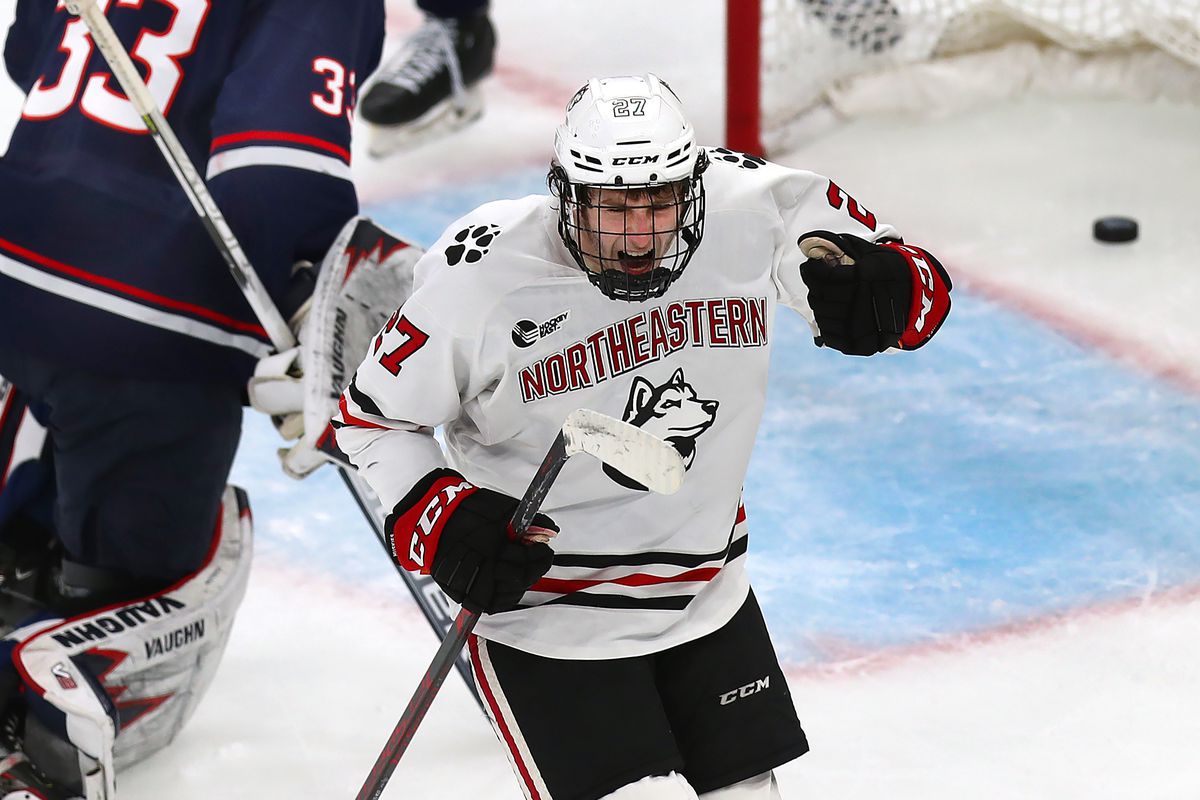 With the 51st overall pick in the second round of the 2022 NHL Draft, the LA Kings select C Jack Hughes.

With the 51st overall pick in the second round of the 2022 NHL Draft, the LA Kings select C Jack Hughes #GoKingsGo

“I see a diligent two-way centre who skates well (this quality is underrated by some, I’d argue), possesses excellent hands, has a great deal of poise under pressure, and thrives as a distributor when backdoor options open up. He doesn’t have star power, but I won’t be surprised if becomes a good middle-six pivot in the NHL.” – Scott Wheeler, The Athletic

“A tenacious center who isn’t afraid to play physically, Hughes can definitely be described as a team-first player. His ability to think quickly, maneuver masterfully along the boards and stickhandle at a nearly elite level give him a high floor that endears him to his coaching staff.” – The Hockey Writers

Northeastern commit Jack Hughes (#HowlinHuskies) was dearly missed last night, but tonight, is back in the lineup and opens the scoring for the States against Germany.#2022NHLDraft | #U18Worlds pic.twitter.com/JmIbgX8DIc

Here’s the best angle of Jack Hughes’ shootout winner for Northeastern. Clearly over the line. Credit to @GoNUmhockey on Instagram for nailing this. pic.twitter.com/B2KWvubhXU