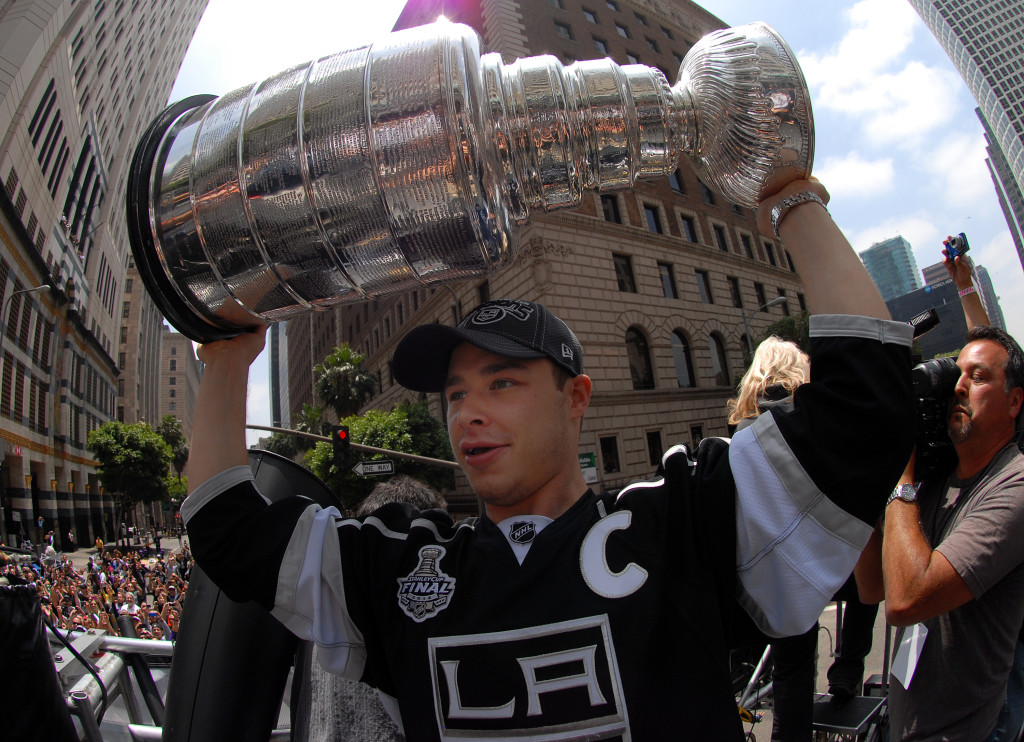 A personal letter to the longtime LA Kings captain, and now-retired, Dustin Brown, who announced his retirement after 18 NHL seasons.

When you were drafted, I wondered who that under-aged kid was?

Did he even have any business playing pro hockey?

You consistently answered that question with a vengeance.

Whether it was the time you leveled Marty Turco or the time you drove Stephane Robidas into the bench, I lived vicariously through you long before the Kings were a playoff team.

I may not have been able to relate to the life of a professional athlete, but I could relate to someone whose talents took a back seat to their unquestionable level of work ethic.

You were never the biggest or the flashiest, but I didn’t care.

You brought hope and energy to a long-suffering fanbase who just wanted their team to be relevant again.

Us fans may not have had the patience of a rebuild but you certainly did – and it paid off in 2012.

When the hockey world called for the Kings to be eliminated before the playoffs even started, you turned the heavily-favored Vancouver Canucks on their heads, spearheading a suddenly explosive offense, chasing Roberto Luongo, and knocking Henrik Sedin down so hard that Canucks fans up in Canada felt the overwhelming spells of dizziness.

Your ability to get under the skin of Shane Doan and Mike Smith spoke volumes as you helped the Kings stamp their long-anticipated ticket to the Stanley Cup Final.

But after a quiet Final and when the hockey world thought that those pesky Devils were going to mount a comeback, you put the kibosh on that, scoring the first goal in Game 6, before orchestrating the second, leaving that same long-suffering fanbase of ours eagerly counting down the clock to meet Lord Stanley.

Never has any captain hoisted the Stanley Cup for the Los Angeles Kings, and you did it twice;

Never has an eighth-seeded team eliminated the top three seeds in the conference, and you were an integral force in making that happen;

Never has a team won three Game 7s on the road in one postseason, but you planted the seeds for a new precedent.

Even when you relinquished your captaincy, you remained loyal, focusing on the betterment of your team rather than your own well-being. In a world where many seem to only want more, your attitude could not have been more refreshing or more necessary.

When you were drafted on that June day in 2003, no one could have predicted the amount of success you would help bring to the Kings franchise. Now, as you prepare to hang up your skates once and for all, we can all look back and celebrate the greatest 18 years our fanbase has ever experienced.

Your toothless smile will certainly be missed on the ice, but when your No. 23 gets deservedly raised to the rafters of Crypto.com Arena, we will forever look up and be reminded of a hero, of a warrior, who led the charge in turning our beloved Kings into champions.

Dustin Brown, then, now, and forever, we thank you from the bottoms of our long-suffering-turned-eternally-thankful hearts.