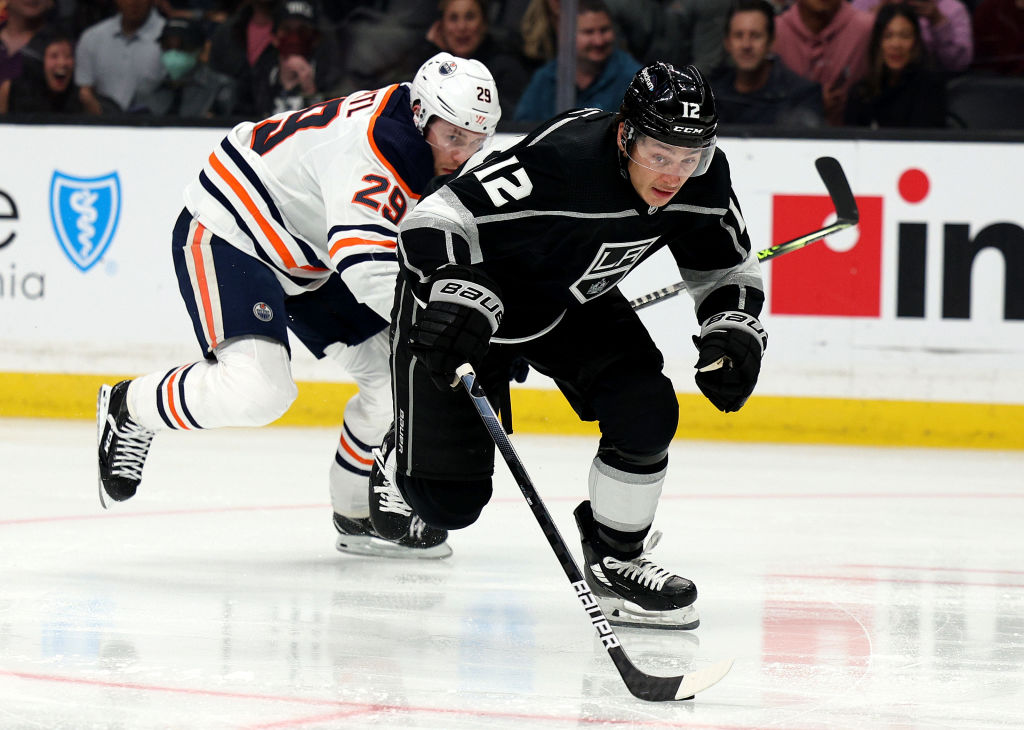 After a four-year postseason drought, the LA Kings are back in the Stanley Cup Playoffs. They’ll have the tall task of facing Connor McDavid and the Edmonton Oilers in the first round. The first two games are in Edmonton, and Los Angeles played well on the road during the regular season, going 23-11-7 away from Crypto.com Arena.

Here is how the Hockey Royalty staff sees this series going down:

Phillip Danault needs to tell the Kings how the Montreal Canadiens managed to hold Auston Matthews and Mitch Marner to a combined one goal in seven games in the first round of last year’s playoffs. If LA can find a way to do that to Connor McDavid and Leon Draisaitl, they’ll have a great chance of winning this series.

That doesn’t seem very likely, though. The Oilers had their share of ups and downs in the middle of the season, enough that they made a coaching change, but started and finished the year looking like world-beaters. There’s always the chance Mike Smith implodes and allows a few ill-timed stinkers, but Edmonton is looking scary right now, and I think LA is going to feel Drew Doughty’s absence in this series.

They say defense wins championships. If that’s the case, the LA Kings have the upper hand in this series. While the likeliness of Connor McDavid and Leon Draisaitl cruising past some of the younger players on this team is completely feasible, the return of Mikey Anderson will be crucial. With Anderson back on defense, the Kings are analytically set on the back end. While the Kings may not be the best at scoring, they do have the better goaltending and the better defense out of the two teams.

If Jonathan Quick can play the same way that he’s played to close the year off, the Kings may have this in the bag. He’s carried them to championships before, and while age may be a factor, he can surely do it again. McDavid and Draisaitl will be a difficult challenge for the young roster, but we’ve learned that the Edmonton Oilers are incredibly unstable and that you should never sleep on the LA Kings in the playoffs.

Special Teams. Special Team. Special Teams. This series will be won and lost on the man advantage. For the LA Kings to come out on top in the series, they’ll need to do whatever they can to stay out of the penalty box and limit the Oilers to as few power play opportunities as possible. Luckily for the Kings, whistles tend to be swallowed during playoff time.

The main strategy for LA will be to shut down Connor McDavid and Leon Draisaitl as much as they can (easier said than done). With shutdown centers Phillip Danault and Anze Kopitar, they can do just that. And if Jonathan Quick can continue his impressive play of late, the Kings have a legit chance to not only make this a long series but win it altogether.

Looking at the history of this rivalry in the playoffs, it’s easy to say that the Oilers will top the Kings given their dominance over their SoCal rivals in the postseason. In fairness, though, it has been 30 years since the Oilers and Kings met in the playoffs. Heck, Edmonton’s goaltender then, Bill Ranford, has been the Kings’ goaltending coach for 16 years. That’s just one example of how so much has changed since then.

With Connor McDavid and Leon Draisaitl, coupled with Evander Kane and Zach Hyman, it’s a foregone conclusion to some to suggest that the Oilers will take this series. They may do just that, but it won’t be as effortless as some would think.

In goal, the Kings have the edge with Jonathan Quick playing his best hockey of the season as of late, up against the ageless Mike Smith, who may still hold some resentment from the 2012 Western Final. Overall, though, while the Kings aren’t the most offensively fluid team, their goaltending and defense speaks for itself. Even without Drew Doughty, the Kings have a pair of reliable veterans in Alex Edler and Olli Maatta. The only question is whether the rookie duo of Sean Durzi and Jordan Spence can make good on their playoff debuts.

From the Miracle on Manchester to the Gretzky trade saga, there have been many chapters to the Kings vs Oilers book. This new installment sets up to be one for the ages as two Hart winners battle two Selke level stalwarts for dominance on the ice. The flashy run and gun of the Oilers against the structure of the Kings.

I see this series coming down to the strength down the center of the ice and in between the pipes. Vintage Quick has been on display as of late and he will have to be to stop the high powered offense. Won’t be easy but I believe the Kings will pull this out in 7 games as the first step to Dustin Brown raising the cup to end his career. In the great words of Anze Kopitar, “Let’s go F… s*** up in the playoffs!”

It’s stating the obvious, but for the Kings to win this series, it needs to be done at 5-on-5. The Oilers have one of the league’s most dangerous power plays, and given the Kings’ bottom-ten penalty kill and even worse power play, Special Teams is not where LA will want to spend most of its time.

Both teams have been strong possession teams at 5-on-5 this season as both do a good job of entering the offensive zone with possession. They each can beat teams on the rush or on the forecheck. The most significant difference is on the back-end. The Kings may be able to exploit the fact that Edmonton is one of the bottom teams in the league at allowing controlled zone entries (per All Three Zones). On the other hand, LA is among the best at forcing teams to dump the puck, something we’re used to seeing with their 1-3-1 neutral zone formation. Also working in LA’s favor here is the fact that Edmonton is in the bottom half of the league in dump-in recoveries.

If LA can control the neutral zone and stay out of the box, they have a legitimate chance to win the series.

In their first playoff appearance since 2018, the LA Kings should take down the Edmonton Oilers in six games. Being the lower seed, the Kings have heavily slept on all season long, and that trend will continue into the playoffs. With their grinding yet exciting play and energy, this team could end up surprising.

For the Kings to pull off a series win, similar to how they got into the playoffs, a lot would have to go right for them. For starters, throughout the season, coach Todd McLellan matched Phillip Danault’s line against Connor McDavid’s line. Danault and his linemates would need to find a way to shut down McDavid as effectively as possible to give the Kings a chance. Additionally, the Kings have been a high-frequency shooting team, and Edmonton has below average goaltending in Mike Smith. If the Kings can pepper Smith’s net, shots will start to fall, and the series could swing in LA’s favor.

Kings/Oilers prediction
It’s as simple as playoff performance when it comes to predictions. The Kings have a plethora of experience in their core 4, running on to two championships in the last 10 years. This series will be long, but the defensive system of the Los Angeles Kings will push them over the edge against Edmonton’s slower blue line. As a team, the Kings ran with a 181.2xGF over the season with a 166.7xGA. A serious difference when compared to the Oilers 183.8xGA throughout the regular season.

The roster depth also leans to the Kings’ advantage. Yes, obviously, Connor McDavid and Leon Draisaitl have a combined 233 points during the regular season and that is terrifying. However, it requires the following 6 players on the roster for Edmonton to equal those points. That shows a top-heavy team. The Kings have scoring depth throughout their lineup, with 7 players above 30 points on the year and three 20-goal scorers. If the shutdown system of the Los Angeles Kings can operate the way it has all season, the Kings will move on to the second round after a 7 games series; a win well earned.

This series will be predicated on who has the most success on the power-play and therefore the penalty kill. The Kings won in Edmonton early in the season 5-1 behind a three power-play goal game. While Edmonton won the other three games, the Oilers went a combined 0-for-10 on the man advantage. If the Kings can limit Connor McDavid and Leon Draisaitl’s production, they will have a strong chance of taking this series. However, this is why LA added Phillip Danault last summer after he shut down Auston Matthews and Mitch Marner in last year’s postseason.

No Drew Doughty hurts in this series, but the Kings have had players step up when called upon. I like vintage Jonathan Quick to make an appearance, and the Kings advance to the second round. That said, this series is going to one of tight-checking.