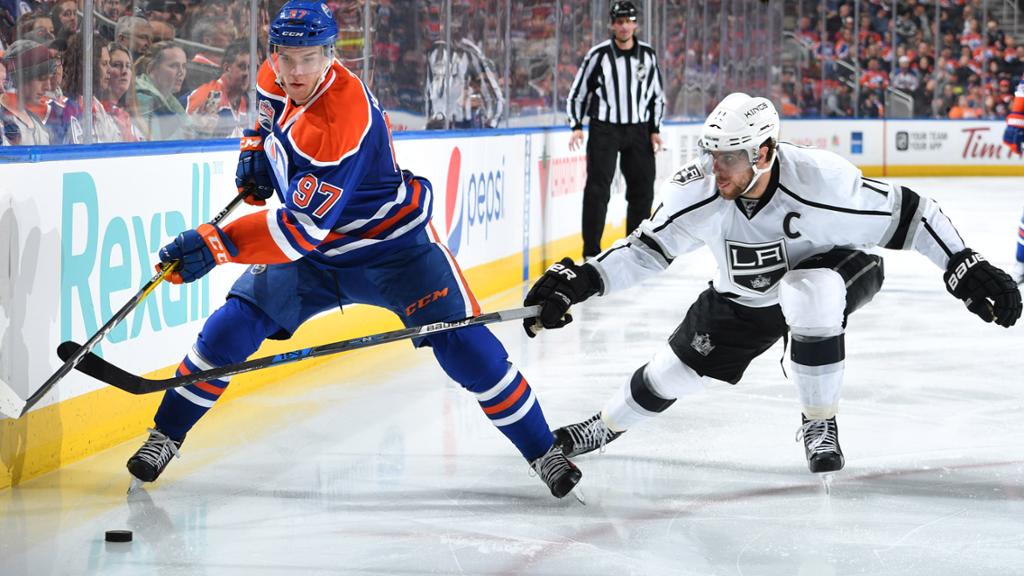 Anze Kopitar is no stranger to battling against the best players in the National Hockey League. The LA Kings‘ captain has done it consistently throughout his 16-year career and into the postseason as well.

The two-time Selke winner has consistently shut down top players while also carrying the load for his team offensively. Since his rookie year with the Kings, Kopitar’s excellence has never been questioned and continuously relied upon.

Defensively, Kopitar is undeniably dominant throughout the NHL, and offensively, the 34-year-old center once again led the Kings in scoring during the regular season with 67 points.

This year, however, the Kings were finally able to bring in some help for their captain, and it came in the form of Phillip Danault.

When the LA Kings signed Danault last off-season, they were well aware of his ability to shut down top-level competition. He has subsequently filled in the gap as a legitimate second-line center, and his two-way dominance has led to the Kings having another effective weapon in their lineup.

This position of elevating his team is nothing new to Phillip Danault.

Last year, his role as a premier defensive specialist was key to his then-team, the Montreal Canadiens, making a run to the Stanley Cup Final. His defensive instincts have also led to him finishing top-10 in Selke voting each of the past three years.

The LA Kings have let Danault utilize his defensive skills and have also given him the freedom to take more offensive chances, and it has paid off. This year, he has tallied a career-high in goals at 27 and has firmly established himself as one of the best overall centers in the NHL.

Danault was signed for the exact situation the Kings find themselves in now as the playoffs begin. A matchup with two of the best in the game.

When it comes to the first-round competition, the Oilers have two dominant centers of their own, Connor McDavid and Leon Draisaitl.

McDavid and Draisaitl have combined for three of the last five Hart trophies and are arguably two of the most dangerous players the NHL has ever seen.

If you have any chance of beating the Oilers in a playoff series, you must be able to contain their production. Connor McDavid alone has scored a world-class 123 points, followed by Draisaitl with an impressive 110. Damage will invariably be done, but the Kings, in Kopitar and Danault, can be effective catalysts for damage control.

If the regular season was a preview of the matchups we might see in the playoffs, Kopitar’s line will likely be pitted against Draisaitl, and Phillip Danualt will see the bulk of his ice time coming against McDavid. Against the LA Kings, Draisaitl only had a goal and an assist in four games, but McDavid was still able to tally three goals and three assists.

Despite McDavid’s numbers, Danault’s defensive tools should not be underestimated.

Not many organizations in the league have the 1-2 punch at center that have the ability to contain McDavid and Draisaitl; the Kings are one of those teams.

Kopitar and Danault will likely see 40-plus minutes of combined ice time, and they will undoubtedly be shadowing McDavid and Draisaitl throughout the series.

If anybody can suppress the production of the Oilers’ top two centermen, it is Anze Kopitar and Phillip Danault.