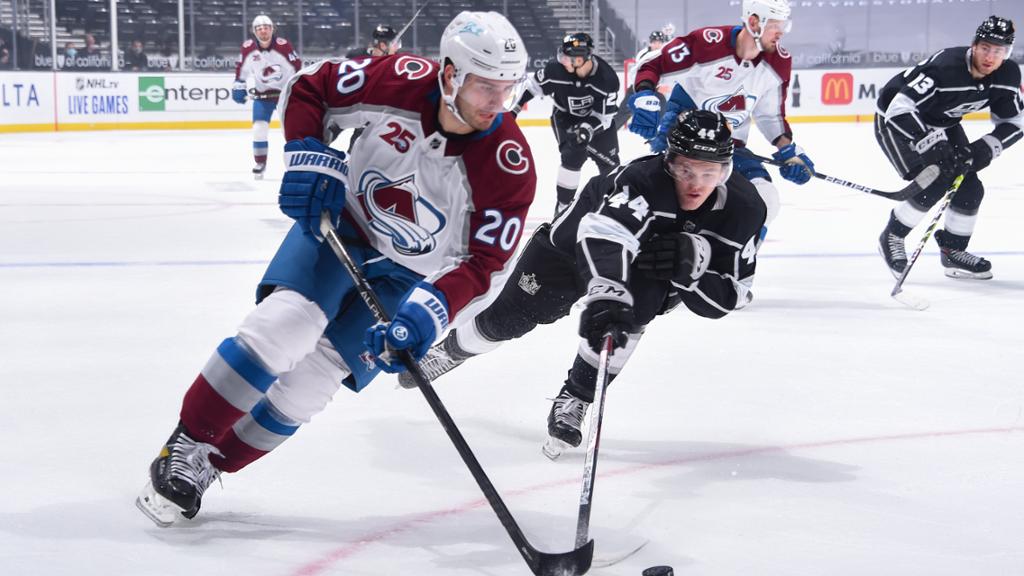 Earning a big two points in Chicago on Tuesday night, the LA Kings will turn around and try to do it again in Colorado on Wednesday. The Avalanche have won their last six games and eight of their last ten.

Los Angeles has yet to beat Colorado this season. In fact, they’ve been outscored 7-1 between the two games.

Here’s how the two teams stack up on paper.

Perhaps not a surprise, the Kings come into this one as significant underdogs, per our sponsors at DraftKings.

Here’s how the Kings aligned in Tuesday’s 5-2 win against the Blackhawks:

Todd McLellan made some adjustments to the bottom-six forwards, and the Kings had all four lines playing really well on Tuesday. Dustin Brown, who was activated off the injured reserve in advance of the game, returned to the lineup.

“Dustin, first of all, had a tremendous game,” McLellan said. “To come in, being injured as long as he was, practice as little as we’ve practiced, I think that’s a story we’ve told a million times. To come in and give us the type of game he did, that was huge. That line, before the game started tonight, I was asked what we wanted to see and we wanted to see four lines we can trust in many different situations. We had that tonight. I thought Brownie, Lizzo, and (Iafallo) brought that in the three-hole, and Q’s line did a good job after.”

Brendan Lemieux, Carl Grundstrom, and Tobias Bjornfot were healthy scratches on Tuesday, with Arthur Kaliyev, Brown, and Alex Edler drawing back into the lineup. I’d look to keep that same group together, assuming nobody was banged up.

With Jonathan Quick going on Tuesday night, look for Cal Petersen to get the nod in the second leg of the back-to-back. The 27-year-old has had a rough start to the month of April, posting a 1-2-0 record, along with an .882 SV% and 3.71 GAA.

He allowed six goals on Sunday in Minnesota. Petersen will need to be much sharper against the high-powered Avs. In seven career games, he’s 0-7-0 with an .898 SV% and 3.78 GAA.

Here’s how the Avalanche lined up last time out against the Oilers:

A regular season career high of 49 saves for THE Kuemperor.

He really is that guy, huh. #GoAvsGo pic.twitter.com/u0sJV9Tzt5

Note that defenseman Samuel Girard played in his first game since March 8.

Samuel Girard is ready to go tonight, I'm told. That was the #Avs hope. It'll be his first game since March 8.

The Kings will need to keep Mikko Rantanen off the scoresheet tonight. He has torched the Kings over his career: 10 goals and 17 assists for 27 points in 21 games. He only has more points against the Wild (33) but has played them six more times.

LA holds a three-point advantage over the Vegas Golden Knights, who lost in overtime in Vancouver on Tuesday. The Kings and Avalanche get underway at 6:30 pm PT.