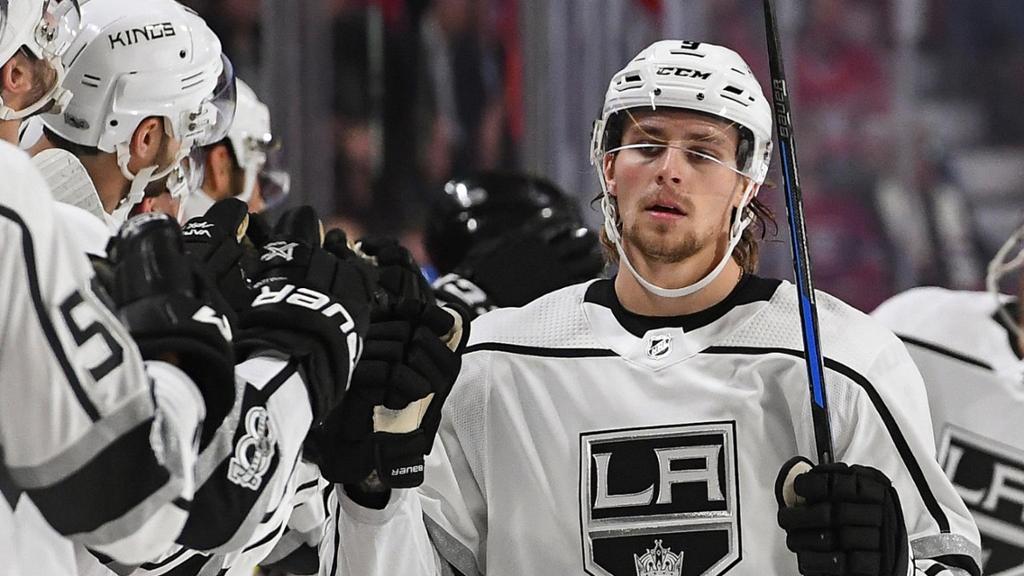 Adrian Kempe is having a career year and the LA Kings will have a decision to make about signing him to a long-term deal.

It has been a breakout season for LA Kings winger Adrian Kempe. The type of season the team and their fans have been waiting for out of the Swedish winger. His current deal that pays him $2 million per year is up at the end of this season and he will be a Restricted Free Agent. The Kings are likely engaging in conversations about locking him up long-term. Here we’ll take a look at the cases for and against signing him to a lengthy extension.

The last time the LA Kings had a 30 goal scorer was when Anze Kopitar tallied 35 back in the 2017-2018 season. Kempe is up to 32 with eight games to go and his improved play is a big reason why the Kings currently sit in a playoff spot.

Kempe (25) has always had massive potential during his time with the Kings. In the past, his speed, size, and skill gave us flashes of what he could become, and this year he has put it all together.

He is second on the team in points with 48 and has firmly established himself as a top-six scoring winger. A position the Kings have been trying to fill for quite some time.

The former 29th overall pick has also become part of the Kings’ “secondary” leadership group,  consisting of players like Matt Roy, Alex Iafallo, Trevor Moore, Cal Petersen, etc. (all of whom have been signed to contract extensions).

Signing Kempe long-term will not only help the production on the ice, but it will also keep this group together. 30 goal scorers have been hard to come across in this organization, and Adrian Kempe has proven he should be part of the LA Kings in the future.

Why the Kings should not Kempe to a long-term deal

Kempe will most likely be asking for a deal that is at least 4-5 years with an AAV (average annual value) of around $5 million. That is a long-term and expensive commitment to a player that has realistically had average production, albeit with high potential, for most of his career.

Yes, he is having a phenomenal year, no one is denying that, but he is well aware this is a contract year. This is not to say this is the only reason his play has improved so drastically, but it is known that players tend to be more motivated in contract years.

Throughout his career, Kempe has been known to be wildly inconsistent. Even this year, where he has 32 goals, (six of them empty netters) he went through a stretch of 10 games where he didn’t record a point. During those games when he wasn’t scoring, he also wasn’t making much of an impact defensively, as he posted a minus-5 rating.

If The Kings opt not to shell out big money for Kempe, they will have even more cap space to work with to pursue players that could hit the market this summer (or in the future) including Filip Forsberg and Andre Burakovsky. Trades for players with higher cap hits could also be a possibility.

Finally, if LA signs Kempe long-term, does this push out some of the team’s top young talent? With prospects developing that also have top-six potential, does the organization really want to be paying Kempe $5 million a year when he could be in a bottom-six role in a few seasons?

All of these factors should give the organization pause before committing to Kempe long term.

Rob Blake and the Kings’ front office have a tough decision when it comes to the former first-round pick. We will have to wait and see what choice they make and how it will affect the franchise moving forward.