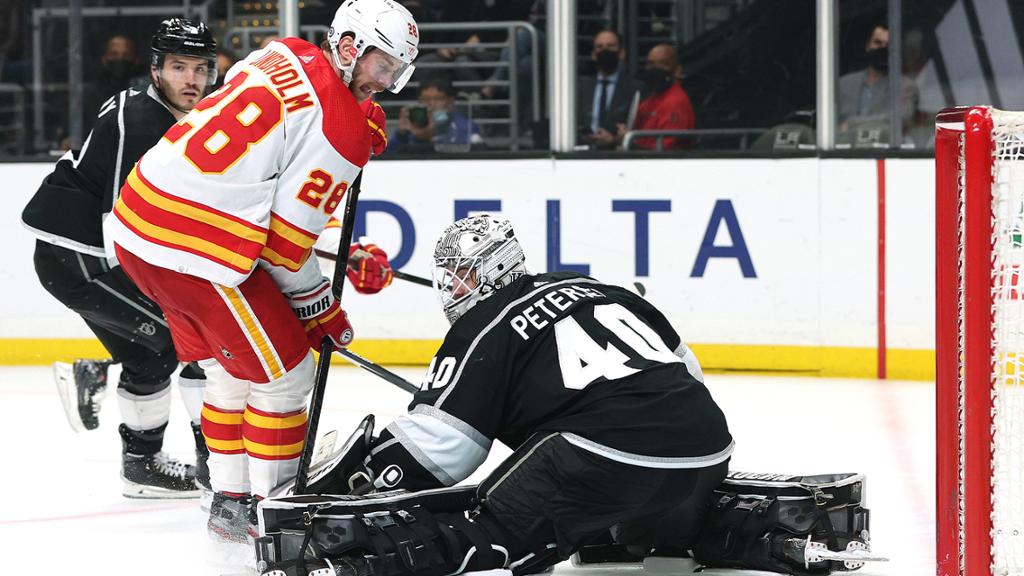 After going 2-0-1 on the Canadian road trip, the LA Kings return home for two huge games. Up first, a rematch with the Calgary Flames. Both games this season have been decided by a 3-2 final score, with the Kings winning the most recent on Thursday in a shootout.

Despite this one being played in Los Angeles, the Kings come into this one as underdogs, per our sponsors at DraftKings.

Here’s how the Kings aligned in Saturday’s 3-2 win over the Jets:

With Cal Petersen getting the back-to-back, including Thursday’s game against the Flames, I would expect Jonathan Quick to get the nod on Monday night.

Regarding the rest of the roster, it’ll be interesting to see if one or both of Blake Lizotte and Brendan Lemieux are back in the lineup on Monday night. Lemieux seemed close after having a setback, but he didn’t travel with the team on the three-game road trip. Same for Lizotte, who was crunched into the boards against the Kraken.

Here were the Flames’ starters against the Blues in Saturday’s 6-4 regulation loss:

The crew getting us going tonight 🔥 pic.twitter.com/fZ3AAbrsIy

The Kings won’t see Sean Monahan in this one, who is actually done for this season. He’s undergoing hip surgery.

Sean Monahan will undergo season-ending hip surgery — on his other hip.

News headline with what comes next for Monahan and the #Flames via @TheAthletic https://t.co/4wrZzhOVkx

The Kings will look to continue the Flames’ recent woes. It’s also important to note that a regulation win will pull LA within one point of first place in the Pacific Division.

The LA Kings and Flames get underway at 7:30 pm PT.