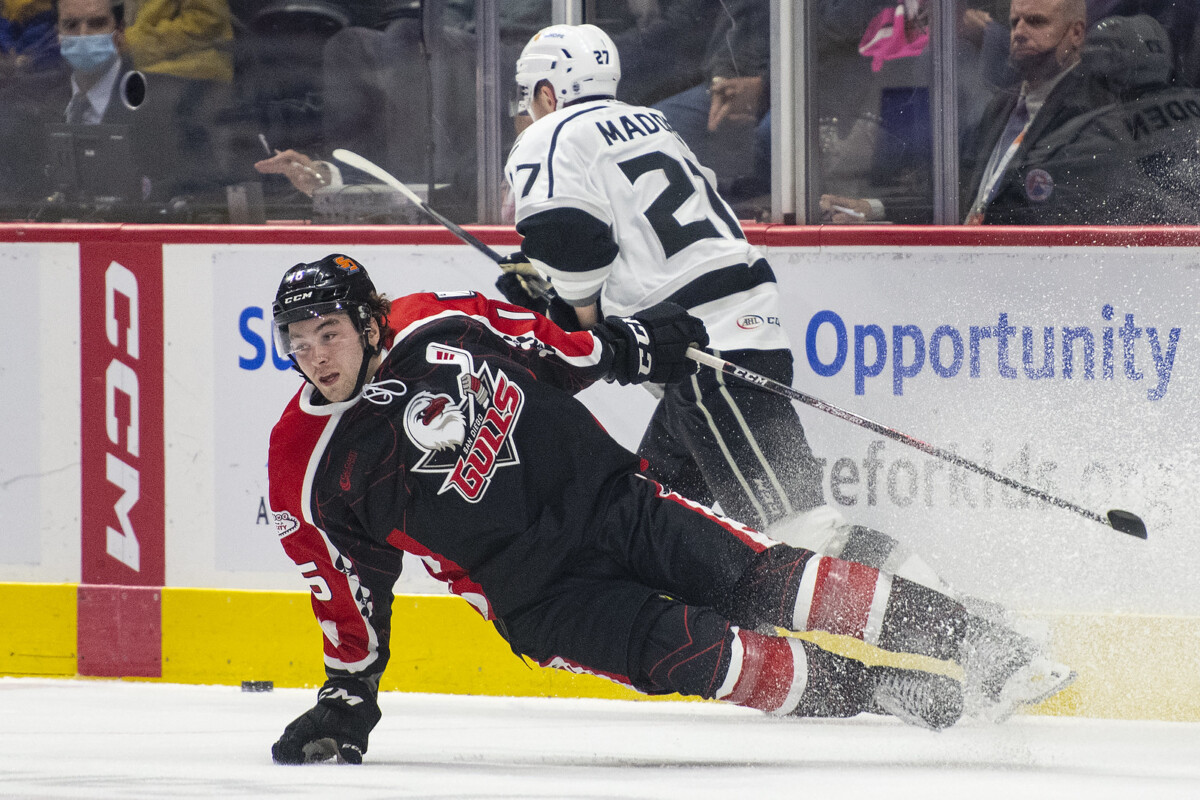 The Ontario Reign kick off a stretch of five games in eight days against the Gulls in San Diego on Saturday.

Here are three things to watch for tonight:

Ontario is in the playoffs. However, the playoffs don’t start for another couple of weeks. The Reign have been falling off a little recently, only winning one of their last five games. However, this could be the moment to right the ship. Ontario has taken six of the eight meetings against the Gulls this season, a stark improvement to the 3-5-2-0 record against San Diego last season. The Reign have to focus on getting some separation between themselves and the Gulls, as three of the four last games between the teams have been one-goal games. If Ontario can set themselves up with a solid lead, they can continue adding to the win column.

2. Not Killing the penalty kill

The Reign have to get the penalty kill together before the playoffs begin. As the AHL system mirrors that of the Kings, it is concerning that the Reign’s penalty kill is so bad. Penalty killing is critical to team success, it is something the Reign has to decide on how they are going to fix the situation. While the power play is still sitting atop the heap, one good day from a goalie can derail the momentum of goal scoring, something Ontario should be intimately familiar with on their recent losing streak. With that said, the Reign are better on the road down a man than they are on home ice. The Reign will have to watch a strong home power play (20.4%) that the Gulls possess.

There are so many things to say about how excellent the Reign have been in different situations this season. With the scoring, winning streaks, the continued success as players are called up to the NHL, Ontario has done it all. Two players that have been the main factors to the team’s success should be among the top candidates to win AHL MVP.

Martin Frk has scored 33 goals on the season, in just 48 games. He’s scoring points at a 1.23Pt/G pace, a pace that could get him another 17 points through the rest of the season and almost 90 on the season. Tynan, the near 80 point scorer, is on pace to do even better, possibly finishing the year with over 100 points. If that were to happen, that’s 182 points in 124 man games between the two linemates. To say that either of them is living the MVP life would be an understatement. Andrew Poturalski of the Chicago Wolves is currently the leading scorer in the AHL by a single point and has played 8 games more than Frk and Tynan. There is a possibility that Frk and Tynan end top 2 as the Reign look to make a deep run into the playoffs.