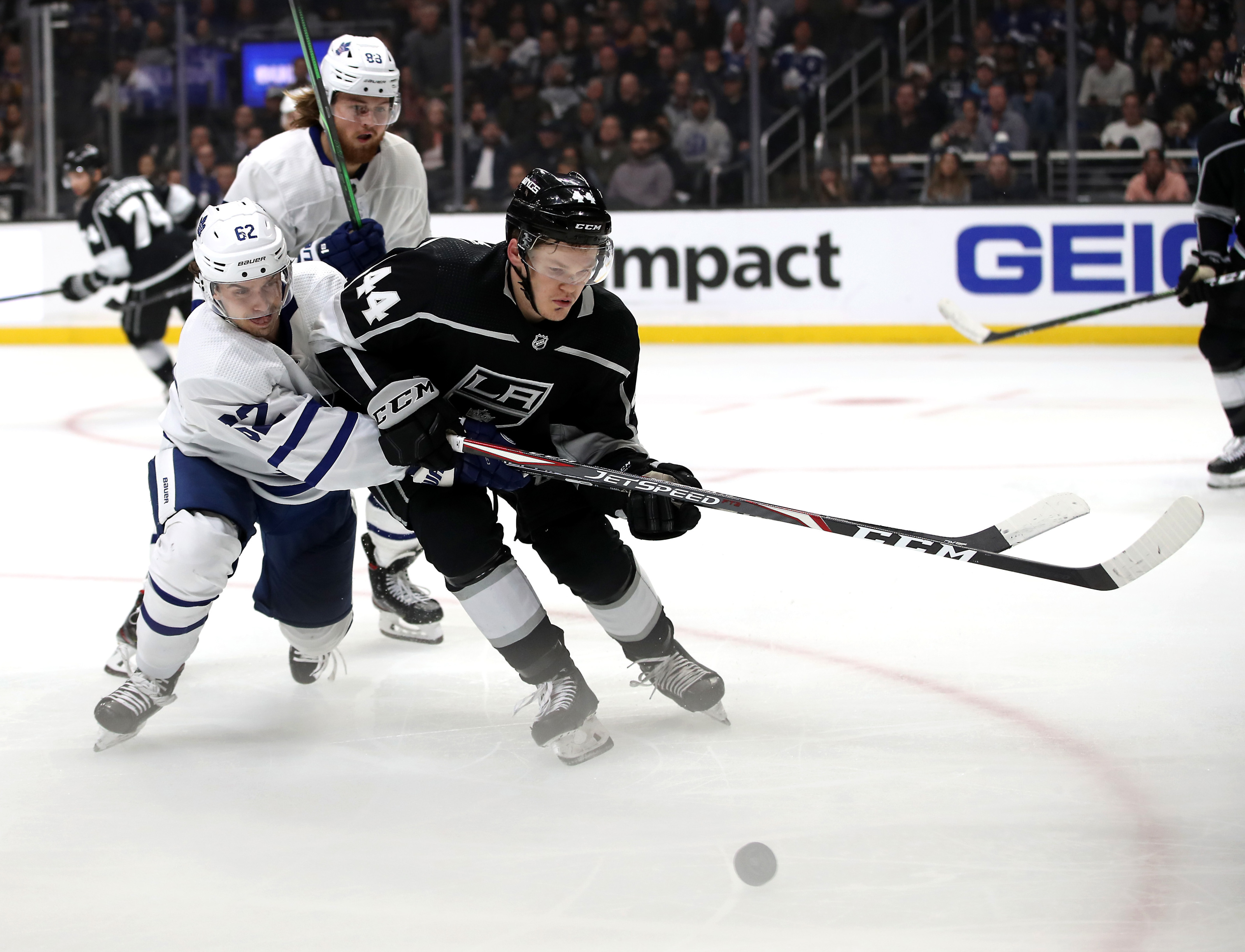 LA Kings general manager Rob Blake spoke with the media after the conclusion of Monday’s trade deadline. Among the topics discussed, unsurprisingly, was the status of the many players who are out of the lineup right now.

Perhaps the most concerning of these, defenseman Mikey Anderson will miss anywhere between six and eight weeks.

– Matt Roy could skate by the end of this week
– Competitiveness & Experience valued by Kings in Stecher deal
– Lizotte extension essentially a no-brainer for all parties. Organization values what 46 brings. https://t.co/4NuNH1ITCX

It sounds like Viktor Arvidsson and Tobias Bjornfot are close to returning to the lineup, which is certainly good news for a Kings team that is starting to show its injuries. Los Angeles acquired defenseman Troy Stecher from Detroit on Sunday, and he’s expected to make his team debut against Nashville on Tuesday night.

In what feels very much like a paper transaction, the Kings loaned three forwards and a defenseman to Ontario, so that they could be eligible for the AHL playoffs. However, Austin Strand and Jacob Moverare were not loaned to Ontario, which led to a more significant concern that some injured defensemen would miss more time than initially expected.

As it turns out, that was true.

The last day of the regular season is April 29 or five weeks from Friday, which would be an early-ish return for Mikey Anderson. Let’s hope for good health.