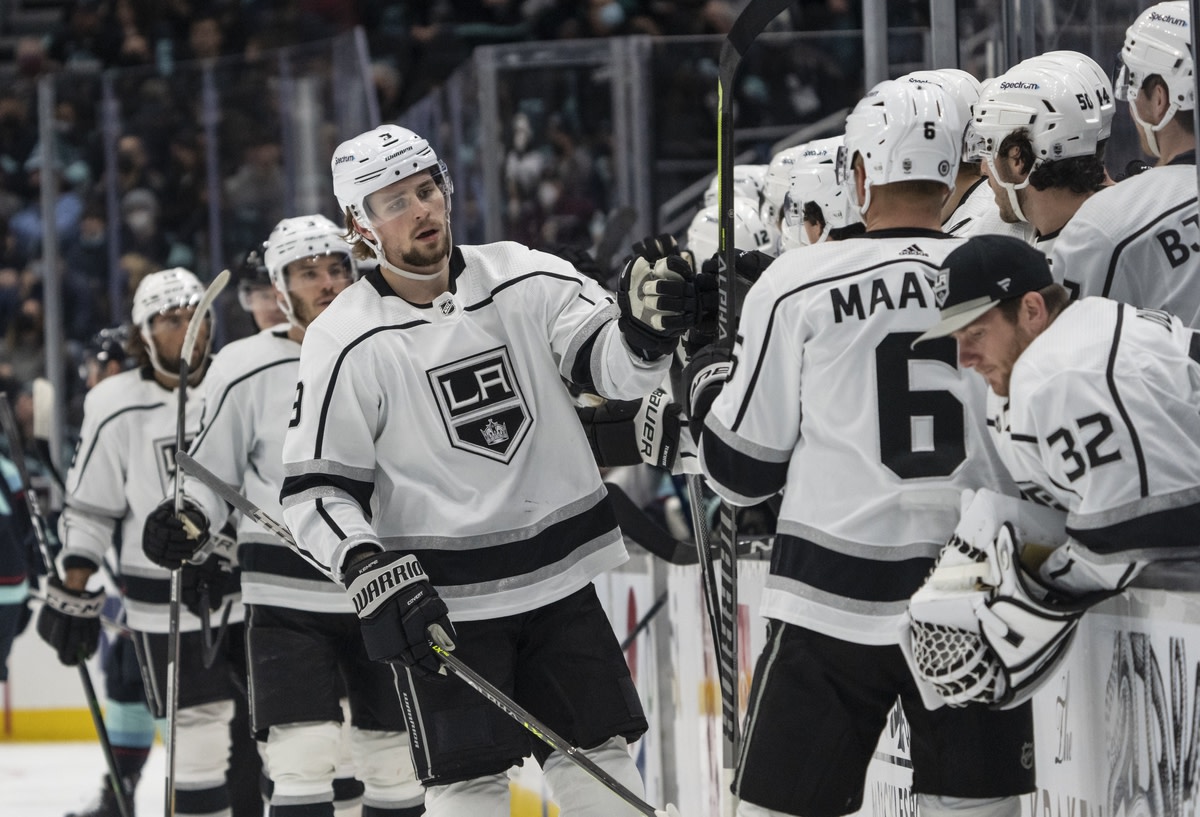 Let’s try this again, shall we? The LA Kings will look to avoid a season series sweep at the hands of the San Jose Sharks.

Despite losing the first three games, the Kings come into this one as the favorites, courtesy of our sponsors at DraftKings.

Here’s how the Kings aligned in Tuesday’s 3-0 loss to Colorado:

Of importance, Alex Edler returned as a full participant in practice Wednesday. It’ll be interesting to see if he (or Drew Doughty) draws back into the lineup on Thursday. Christian Wolanin was loaned back to Ontario on Wednesday. If no moves are made in advance of the game, that likely bodes well for Edler returning.

One interesting item that caught my attention — Todd McLellan noted that he wasn’t opposed to putting the lines in the blender, starting with the first line:

“We want to win games and we’ve got to find ways to do it. I’m not opposed to not having Al, Kopi and Kempe together on a line, I’m not and maybe I should clarify that,” Todd McLellan said on Wednesday via LA Kings Insider. “I feel that the two best players that we’ve had together are 24 and 12 and they’re catalysts right now, so if we were going to do anything, we would split those two players up and try to get other players going.”

Jonathan Quick will be honored during the pre-game ceremony for appearing in 700 career games. However, will he make it three straight between the pipes? Cal Petersen makes a lot of sense to start, but he also gave up five goals to these Sharks last time out.

Pick your poison for tomorrow evening (since 2018):

Here were the Sharks starters on Tuesday against Florida:

Zach Sawchenko and Adin Hill made the last two starts against the Kings, and it appears that Los Angeles will see another goaltender on Thursday in James Reimer. He’s been really good against the Kings during his career, with a 5-2-1 record to go along with a .943 SV% and 1.99 GAA and one shutout.

Sharks coach Bob Boughner said there have been no discussions about sitting any players in the next three games before the trade deadline. Also said that today was a maintenance day for James Reimer and he is still expected to play tomorrow against the Kings.

It’s not a must-win for the Kings, but with Edmonton right on their heels, it’s as pretty darn close to it as possible. If you are going to the game, make sure to get there early for Quick’s ceremony!