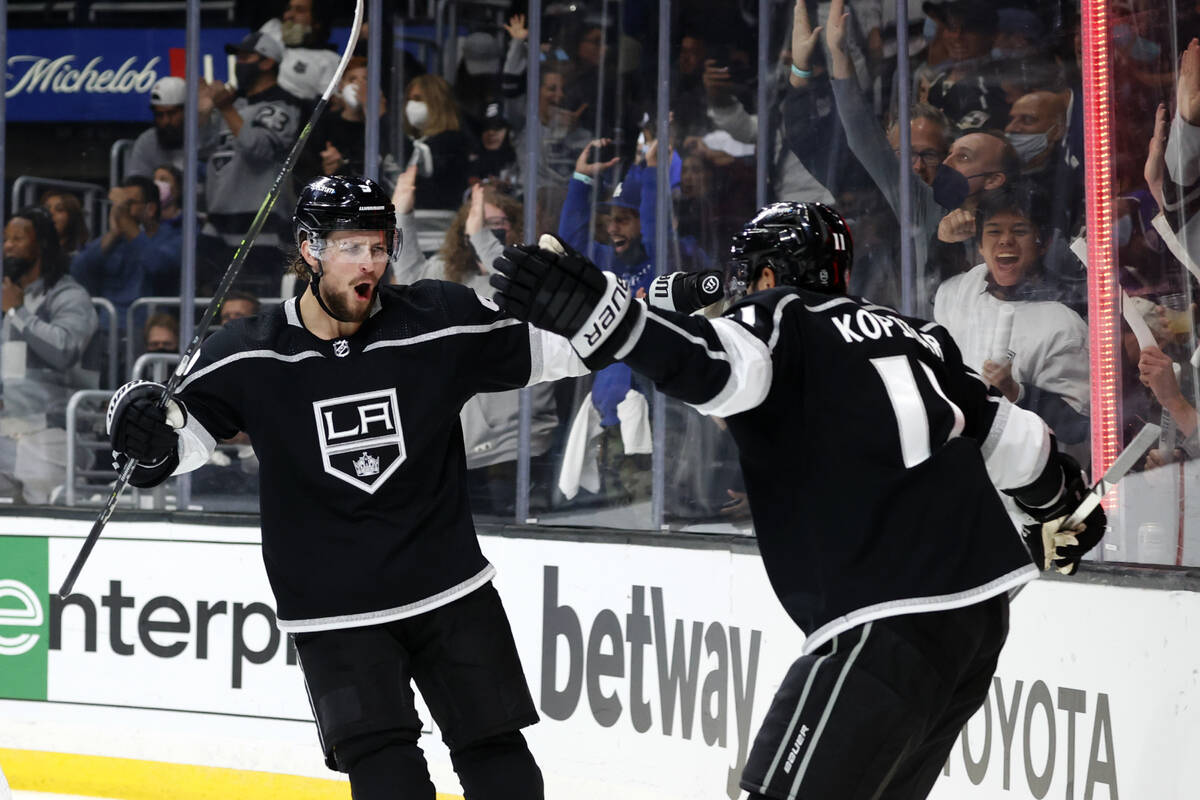 On Tuesday night, Anze Kopitar launched his water bottle down the tunnel in utter frustration after a missed shorthanded breakaway attempt in the LA Kings‘ 3-0 loss to Colorado. A rare show of emotion from the 16-year veteran.

The former Selke award winner has been held scoreless in six straight games, and his exasperation is palpable. His linemates, Alex Iafallo and Adrian Kempe, are also navigating their own slumps. Iafallo has not recorded a point in five straight. Kempe has now gone 10 games in a row without showing up on the scoresheet.

This is becoming a major problem. The Kings’ first line is defending adequately against top competition every night, but the offensive side of the game has just not been there.

And with the injuries to players like Andreas Athanasiou and Viktor Arvidsson, the Kings need productive offense out of every line.

Head Coach Todd McLellan recently spoke about the top lines struggles after the loss Tuesday against the Colorado Avalanche, “Those three need to get their game together. They’re mature and played together for a long time, they’re a little sluggish right now.”

The current situation is not sustainable, and the inability to put up goals from the first line could be a significant factor in determining the Kings’ potential success in a playoff run. The first line is not skating as a cohesive unit, and a change should be on the table.

It seems that there already have been discussions on separating the trio of Kempe, Kopitar, and Iafallo based on what McLellan said after practice Wednesday, “We want to win games and we’ve got to find ways to do it. I’m not opposed to not having AI, Kopi, and Kempe together on a line.”

McLellan recently tried to change the groups’ chemistry with Arthur Kaliyev taking over Alex Iafallo’s spot on the top line. But that modification was short-lived, and the line was still underproducing.

Another option that has yet to be explored is moving Trevor Moore up to take the place of either Iafallo or Kempe.

Moore has had an outstanding second half of the season. Since January first, he has 29 points in 30 games and has been the Kings’ most productive forward. Moore playing alongside Kopitar could be just what the Captain needs to help regain his form.

Moore has developed some great chemistry with his current centerman Phillip Danault on the second line, but the current need is making the entire top 6 more competitive. Moore’s speed and tenacity, along with newfound confidence, could be the spark needed to fire up the first line.

This adjustment might also work for Alex Iafallo since he was most productive when he was playing alongside Danault, so if he moves down to the second line, a transition should be a smooth one. Adrian Kempe may need a change as well in order to find his game, so he could also be an option alongside Danault.

Whatever the move, something needs to be done. This is the first time in Kopitar’s career that he has gone six straight games without a point. Trevor Moore might just be what Kopitar needs to find his game and make the Kings’ first line a viable force again.