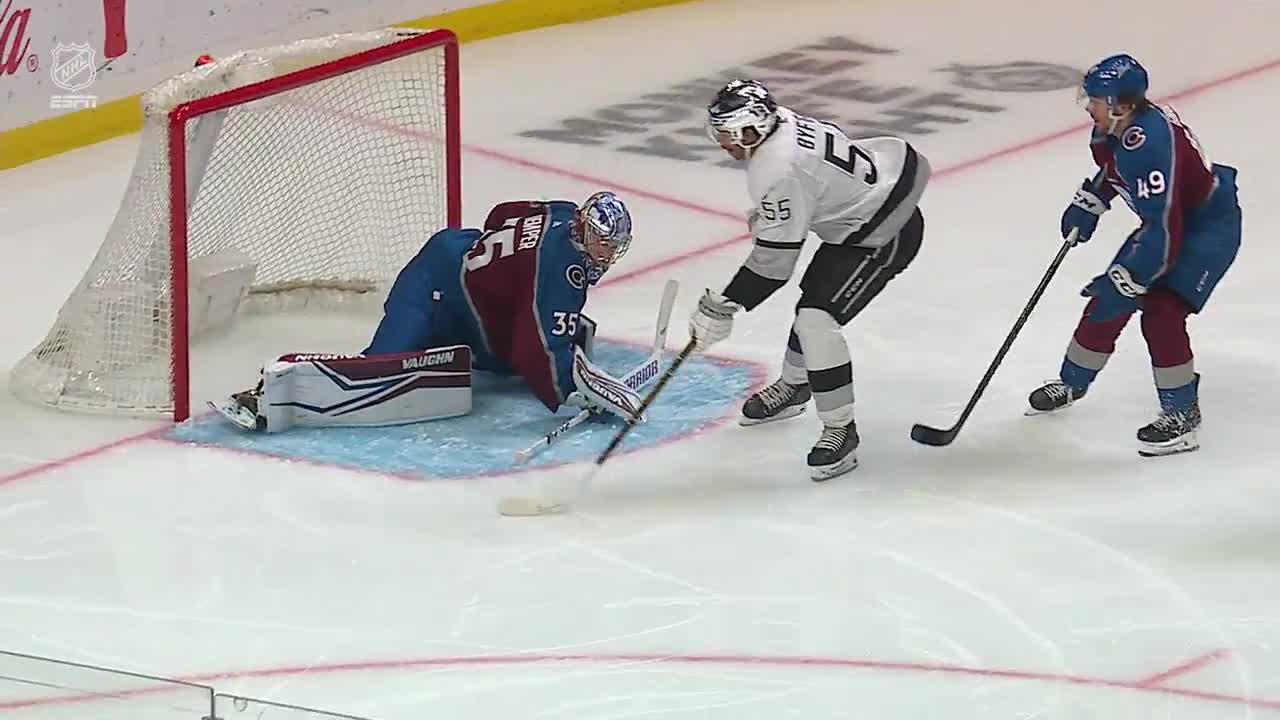 Following their thrilling shootout win over the Florida Panthers, the LA Kings face another tough test in the high-powered Colorado Avalanche on Tuesday.

No surprise here, but the Kings come into this one as the underdog, courtesy of our sponsors at DraftKings.

Here’s how the Kings aligned last time out in the shootout win over the Florida Panthers. Tobias Bornfot’s status is still unknown at this point. He exited the game in the overtime period on Sunday.

On Monday, the Kings also loaned Martin Frk, Austin Strand, and Christian Wolanin to Ontario in what felt like a paper transaction, given that the Reign don’t play until Friday.

Drew Doughty is eligible to come off the Injured Reserve on Tuesday if he’s healthy enough. Soooo, depending on Doughty’s status, all three players that were loaned could be recalled in advance of the game.

Of the three, Martin Frk is the most probably to play against the Avalanche.

Jonathan Quick went on Sunday, so Cal Petersen makes sense to slot between the pipes on Tuesday. He is still looking for his first win against these Avs, carrying an 0-7-0 record with a .898 SV% and 3.73 GAA in seven career games.

Maybe Quick gets the back-to-back?

Pure speculation here, but might Jonathan Quick get the back-to-back against the Avs?

Here’s how the Avalanche lined up against the Flames on Sunday (note they are without captain Gabriel Landeskog who underwent knee surgery on Monday).

#Avs are playing with 19 players tonight, going 11F/6D against the #Flames:

Jared Bednar doesn't envision calling anyone up for the two-game California swing. The #Avs will continue to play with 19 players, not 20. Seems like they're working to accrue cap space.

Bowen Byram is continuing to improve, Jared Bednar said, but he won't travel to California this week. #Avs

The Avalanche acquired defenseman Josh Manson from the Ducks on Monday, and could very well make his team debut in Los Angeles.

Colorado has acquired 30-year-old defenseman Josh Manson from Anaheim, a source confirms. He carries a $4.1 million cap hit, some of which the Ducks may eat, and is a pending UFA.

The LA Kings and Avalanche get underway at 7:30 pm PT.