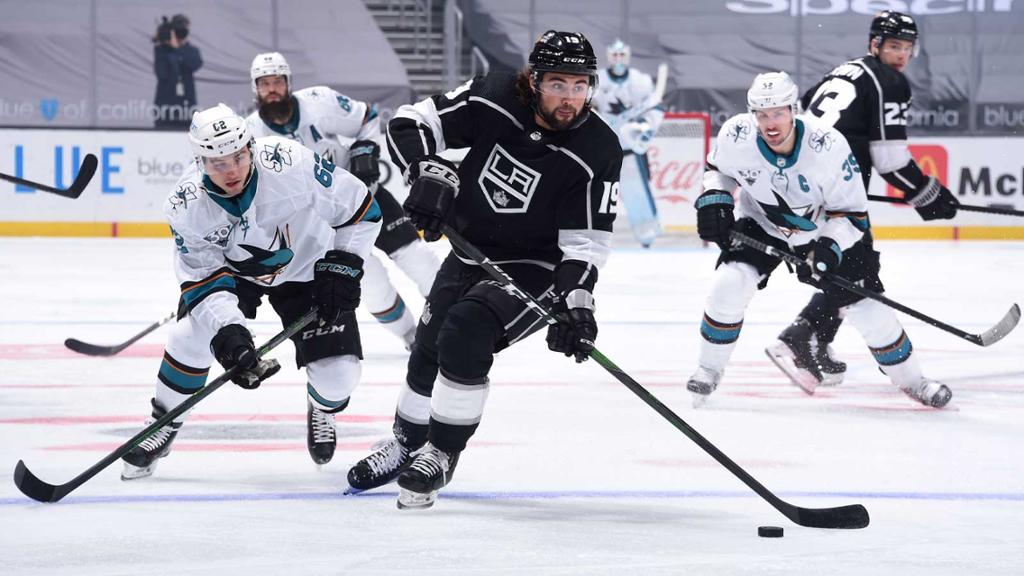 The LA Kings get another crack at the San Jose Sharks on Saturday night after dropping a disappointing 4-3 overtime loss to the Sharks on Thursday.

After taking six minor penalties, the Kings HAVE to stay out of the penalty box. And with so many injuries in the lineup right now, Los Angeles needs their leaders to step up right now.

Over their last 6 games:

Kings need someone to step up https://t.co/JpmtuKTu0A

The moneyline has flipped from Thursday, with the Sharks as favorites on their home ice courtesy of our friends at DraftKings.

Here’s how the Kings lined up last time out against the Sharks:

Drew Doughty reportedly didn’t make the trip to San Jose with the team. Hopefully, his hand injury doesn’t linger too much longer because the Kings need him for the homestretch and obviously the playoffs, assuming they can get there, of course.

With Jonathan Quick going on Thursday, Cal Petersen makes sense to go on Saturday and perhaps get the majority of the starts the rest of the way?

Here were the Sharks starters on Thursday:

Adin Hill is the expected starter for San Jose:

Sharks coach Bob Boughner said Adin Hill is a strong possibility in net tomorrow. James Reimer has skated the past two days + could return sometime next week. Boughner also said Ryan Merkley could be back as soon as Tuesday but they wanted him to get game action w/the Barracuda.

The Kings and Sharks get underway from the SAP Center at 6:30 pm PT.