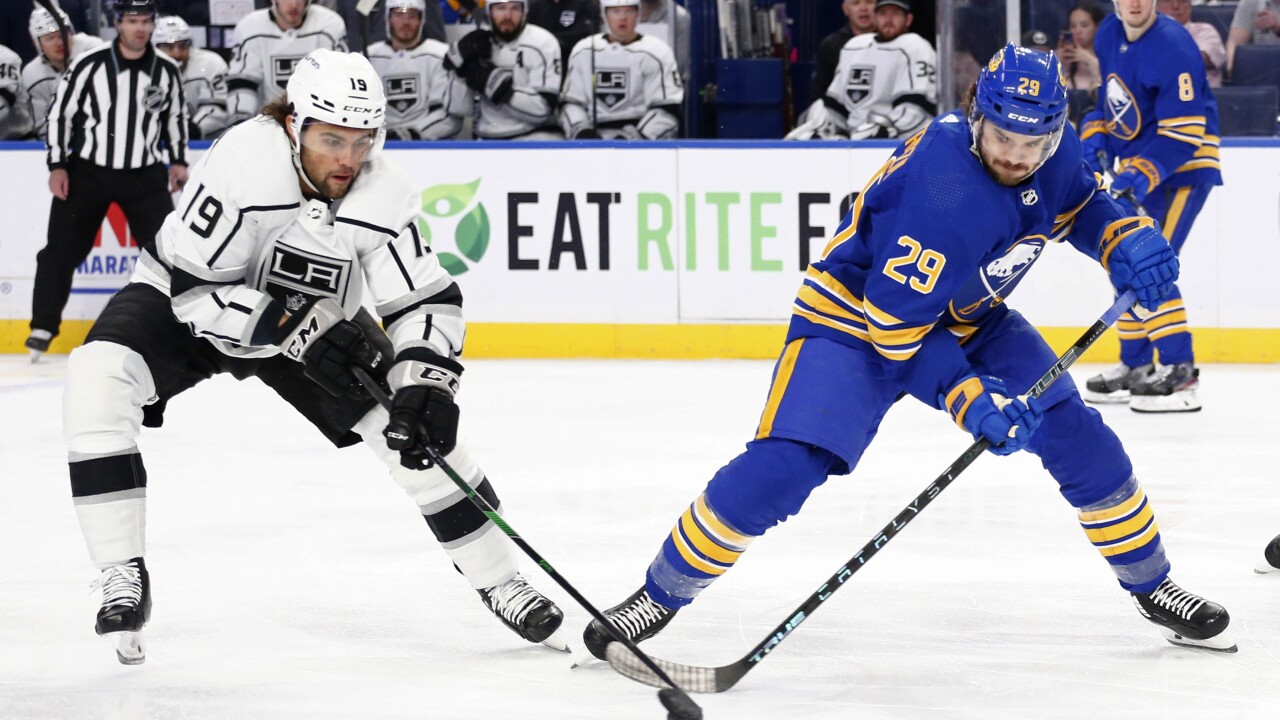 The LA Kings shut out the Buffalo Sabres 3-0 to take their second straight win on the road.

Happy to see you, Athanasiou

Andreas Athanasiou figured back into the lineup after being out of the lineup since February 23. He scored the goal to break the deadlock in the second period and give the Kings a 1-0 lead. This was the fourth time he has a point in a game coming off an injury or healthy scratch this season.

Athanasiou continued to drive play with his speed as he has done for the last couple of seasons and kept himself in a good area to make plays and keep the Kings moving through a very tight couple of periods; you can’t ask for better than two goals on two shots.

As the trade deadline looms, there will be questions about what should be done with Athanasiou. He is on another 1-year contract with an AAV of $2.7 million. It would cost LA Kings GM Rob Blake a fair penny to re-sign him, more than likely, due to the nature of the cap, but his ability to generate offense could benefit multiple teams in the hunt for the Stanley Cup and out of it. If Blake were to pull the trigger on a trade, it could open up a roster spot for players like Gabriel Vilardi and Lias Andersson.

Athanasiou currently has 12 points in 20 games played for the LA Kings this season.

We have receipts for the lack of finishing.

While the LA Kings took the lead in the second period, their current downtrend of finishing problems reared its ugly head. There were two moments in the second period that showed the deficiencies in their game. One of them was a clean breakout to Victor Arvidsson, who came streaking off the right side, but he had the puck stripped as he rounded the goal. Another was goaltender Dustin Tokarski coming out to challenge a shot, and the Kings could not lift the puck over him to put it in. This is indicative of the things that have been rocking the Kings throughout the year and have them placed dead last in expected goals per game.

Any dedicated Kings fan can tell you that finishing has been something that LA has been struggling with for many years, something that keeps the fandom up at night searching for answers. One of those answers this year has, thankfully, been Arvidsson himself. But the Kings need contributions from across the lineup if they want to keep winning. The LA Kings need to score and make a habit of putting up three goals per game, every game, the way that Todd McLellan outlined last season.

The LA Kings are in second place in the Pacific Division. Say it again, pinch yourself, whatever you have to do. Through 57 games, the Kings carry a 31-19-7 record and have 69 points. There is some breathing room for the moment, but everything is closing in pretty quickly. The Vegas Golden Knights trail the Kings by only three points with a game in hand, and Edmonton is five points back, holding a game in hand as well.

With the trade deadline looming over them, it looks more and more like the Kings need to be buyers at the deadline to shore up the blue line and maybe some scoring for the playoffs.

The Kings have four of their next seven games against Pacific division opponents (three against San Jose and one against Vegas), so they can take some strides forward in the standings and solidify home-ice advantage if they play to their strengths.

This will be the most challenging part of the year for the Kings as they continue their fight to re-enter the playoffs after three years of looking in. Buckle up, Kings fans. We have a lot more to come.

The puck drops on the LA Kings and the Boston Bruins at 6:00 pm Eastern Time.