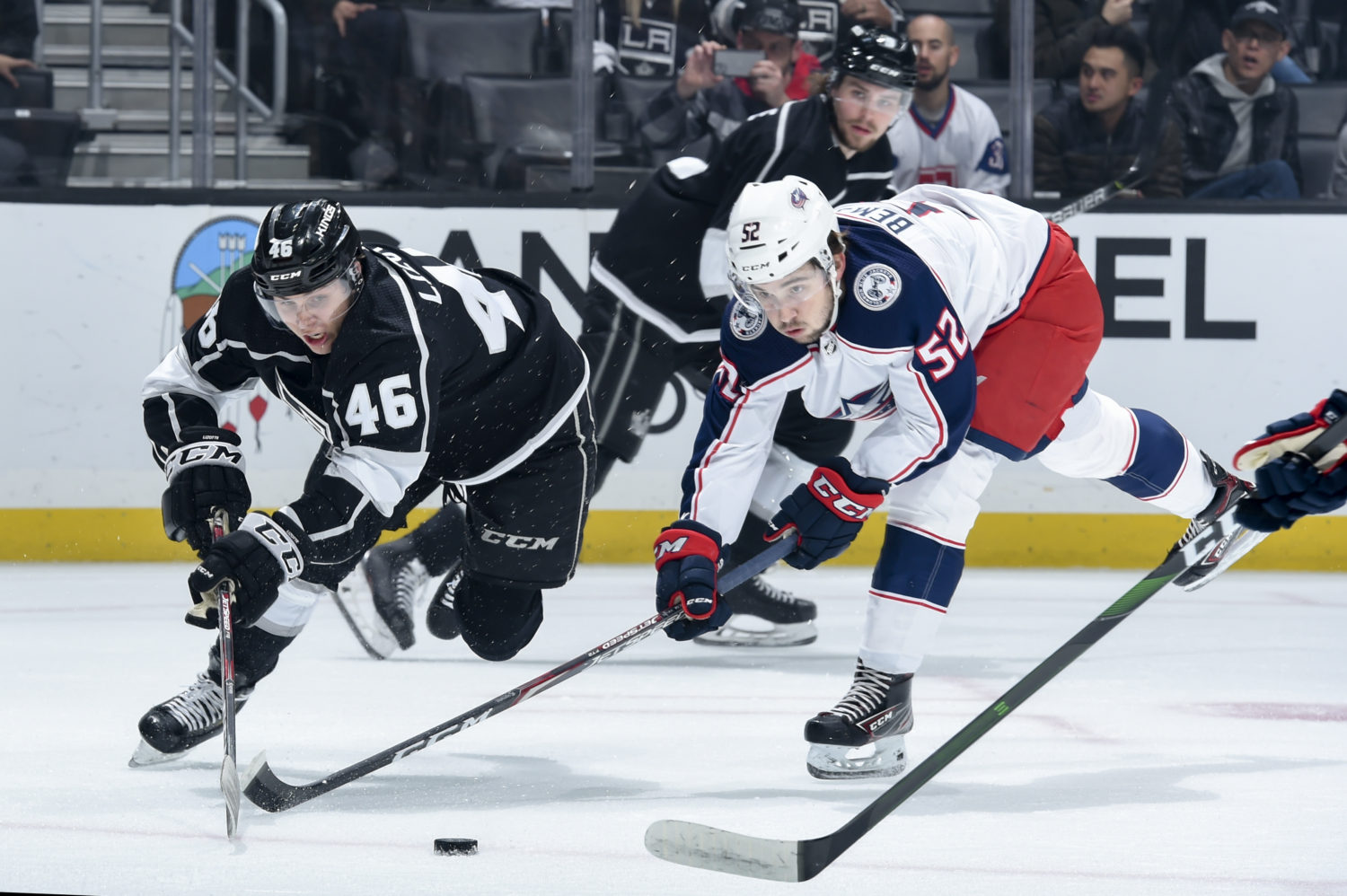 The LA Kings and Blue Jackets last met on January 6, 2020, with Columbus winning 4-2 at STAPLES Center. This is the first of two matchups, with the other coming in mid-April.

After being underdogs in the last two contests, the LA Kings come into this game as pretty significant favorites, courtesy of The Action Network.

Here’s how the Kings lined up in Wednesday’s game against the Stars:

“At this time of the year, the mental to the physical is 2-to-1, so over-doing it is no good, you have to find a balance,” Yawney said via LA Kings Insider. “Today wasn’t to get the low-minute guys some work, we can do that tomorrow, it was more just to clean it out and help the trainers out with the flight. We moved the puck around, felt good and got off.”

It’ll be interesting to see if Cal Petersen sees more starts down the home stretch, beginning with a back-to-back on Wednesday and Friday. Since returning from the Christmas break, Petersen has played better than Jonathan Quick.

Kings goalie stats since returning from the Christmas break:#GoKingsGo pic.twitter.com/XZ2YVzH3DD

Here were the Blue Jackets’ starters in Tuesday’s 4-3 win against New Jersey:

But! The #CBJ morning skate lines

Zach Werenski returned to practice on Thursday, so we’ll see if he draws back into the lineup. However, the Blue Jackets have that Patrik Laine guy, who is pretty darn good:

23 points…
…in the last 14 games pic.twitter.com/2WyGKWTFkB

The LA Kings and Blue Jackets get underway at 4 pm PT.