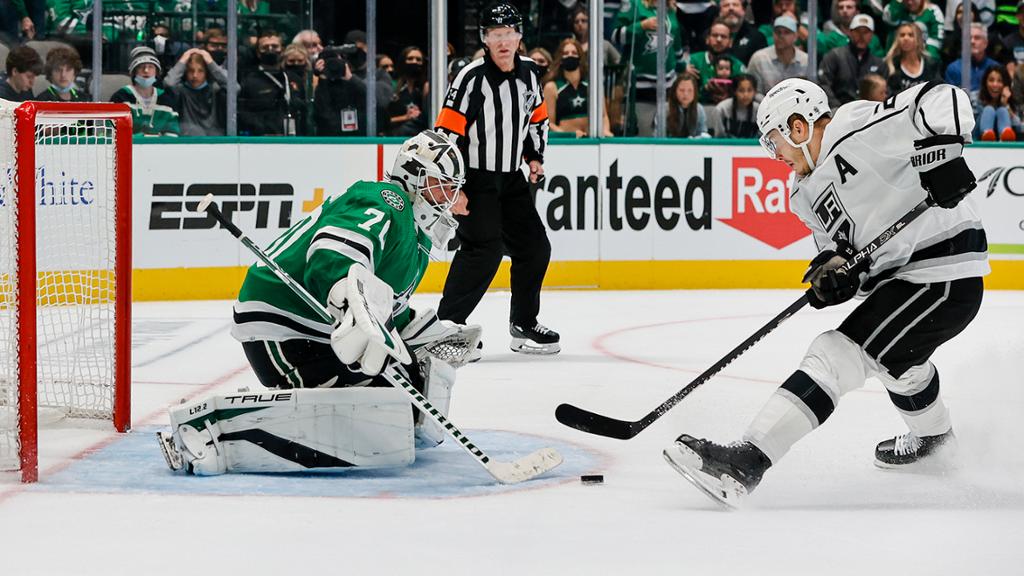 Moving on quickly has been the LA Kings theme in practice following Monday’s blowout loss to the Boston Bruins.

“We’re going to have practice like we normally would, and with games coming every other day, that’s what we did prior to this game, we moved on to the next opponent,” acting head coach Trent Yawney said, via LA Kings Insider. “I don’t see why it should be any different because of the score. We’ll get ready for Dallas.”

Unfortunately, the Kings will get no reprieve against a Dallas Stars team shooting up the standings over the last month. Rick Bowness‘ club is 6-3-1 over their last ten games, and Joe Pavelski has continued to prove that age is just a number.

As a team, the Stars have been really good on the man advantage this season, although they haven’t been particularly good as of late. Over their last eight games, Dallas has converted 3-of-27 power-play opportunities.

Wednesday’s game will be the third and final matchup between these two teams, with both teams winning on their home ice. The Kings have been really good on the road this season, and they’ll look to kick off this four-game road trip on the right foot.

The money line doesn’t like the LA Kings in this one, with the Stars as pretty significant favorites, courtesy of The Action Network.

Here’s how the LA Kings aligned in Tuesday’s practice, noting Jaret Anderson-Dolan was recalled from Ontario. He will likely serve as another forward body on the road trip, much like Jacob Moverare supported the D corps on the last trip.

Cal Petersen likely draws in between the pipes, who has yet to face the Stars this season.

Here’s how the Stars lined up in Sunday’s 4-2 win over the Buffalo Sabres:

Studenic will need more practice time before being an option

The LA Kings and Stars will get underway from American Airlines Center at 5:30 pm PT.