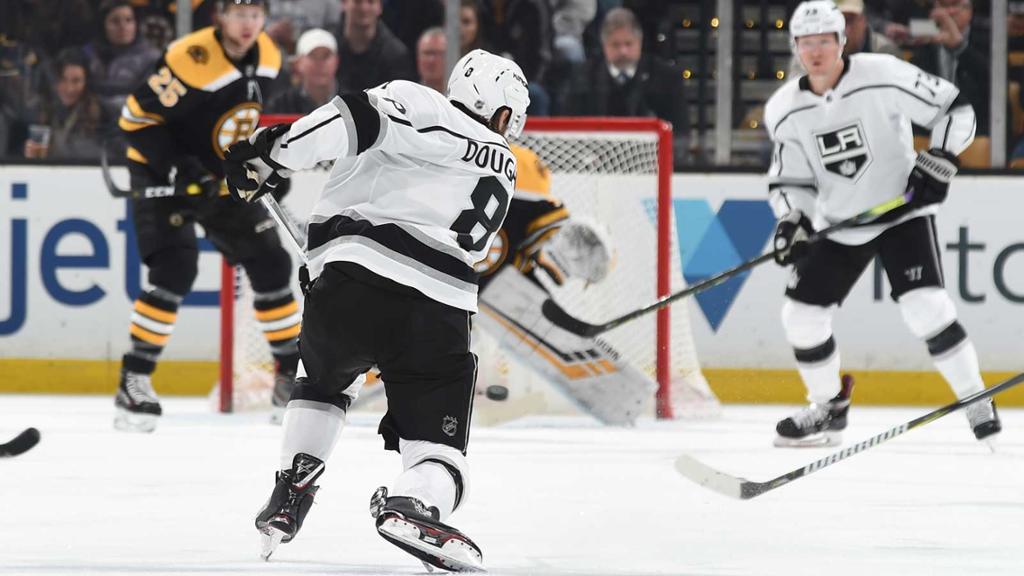 The LA Kings face a big test against the Boston Bruins on Monday night, who have won their last four consecutive games.

The LA Kings have found their stride at the right point of the season, but they’ll get a true test against the Boston Bruins on Monday night, who come into this contest with a 31-17-4 record.

This is the first of two matchups between these teams, with the other on March 7 in Boston.

The Kings and B’s last met in December 2019, with the visiting LA Kings earning a 4-3 overtime win at TD Garden.

The Bruins have a significant advantage on special teams, ranked 8th in both the power-play and the penalty kill. They also hold a slight edge in faceoff percentage, so, yeah, this will be a tough one for the Kings.

Despite winners of their last five, the LA Kings come into this one as slight underdogs courtesy of The Action Network:

Here’s how the Kings aligned in Saturday’s win against the Islanders:

Assuming the Kings continue the goalie rotation, Jonathan Quick would appear to be in line for a start on Monday. The 36-year-old has played well against the B’s throughout his career. In 17 games, Quick owns a .928 SV% and 2.12 GAA with two shutouts against Boston.

Here’s how the Bruins lined up on Saturday against the Sharks:

The LA Kings and Bruins get underway from Crypto.com Arena at 7:30 pm PT.