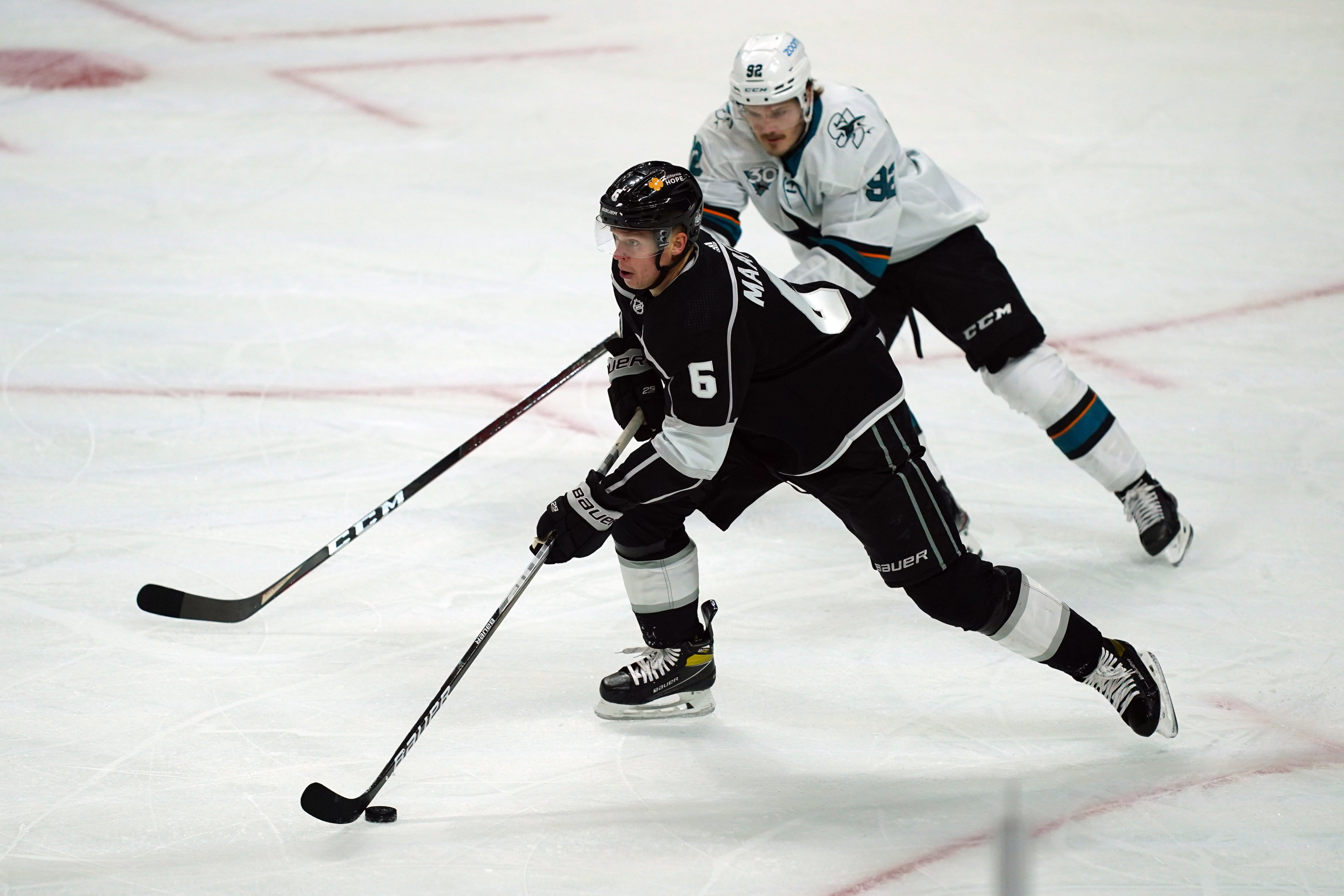 In advance of the LA Kings matchup with the New York Islanders on Saturday evening, general manager Rob Blake held his annual State of the Franchise forum, fielding questions from fans in attendance.

Among those questions was when can the Kings expect to have defenseman Alex Edler back in the lineup, to which Blake responded by saying at “the end of the next month.”

So March, or perhaps more noteworthy, immediately after the NHL trade deadline.

The 35-year-old has been limited to just 26 games in his first season with LA due to a broken ankle following an awkward collision into the boards against the Minnesota Wild back on December 11.

Despite playing in half as many games, Edler had already surpassed last year’s point total (11) to go along with a +8.

As a result of the injury, Olli Maatta was inserted back into the top-six defensemen, whose time in Los Angeles has been rocky, to put it mildly. Maatta was essentially a salary cap dump from the Chicago Blackhawks in exchange for ECHL player Brad Morrison, who was later traded as part of the Vinnie Hinostroza deal last season.

That said, there was a lot of hype around Maatta about him being the perfect pairing partner for Drew Doughty, who went through a laundry list of players after the organization traded Jake Muzzin in January 2019.

But after just four games, Maatta was benched as a “mental reset,” and Mikey Anderson became Doughty’s permanent partner on the Kings’ top defensive pairing.

After being thrust back into regular playing time following Edler’s injury, the Finnish defenseman has really continued to be a non-factor, offensively anyways. However, he’s put together perhaps his best month in an LA Kings’ uniform during the month of February, including a career-best +4 in Saturday’s win over the Isles.

Speaking of Maatta, he tied a career-best with a +4 rating tonight. Maatta is tied for fifth in the NHL amongst defensemen with a +9 rating thus far during the month of February. https://t.co/jKZyxOMAS2

So with Edler expected to return to the lineup in about a month’s time, the attention now shifts to what to do with Maatta.

I see the Kings doing one of two things.

If things continue to progress on the Jakob Chychrun front, the Kings could potentially include Maatta as part of that trade package. Essentially strike with the iron is hot. In terms of the financials, either the Kings would retain half or all of the money remaining on his deal.

Keep Maatta on the roster because of his playoff experience, but move him back as the seventh D man. We forget just how young this D corps is outside of Doughty and Edler. Like the former, Maatta also has two Stanley Cup Championships in his back pocket from his time in Pittsburgh.

Before being traded, he was also a really productive player for the Blackhawks, collecting six points in nine games in the 2020 postseason bubble. With 78 career playoff games – and the LA Kings trending toward their first playoff berth since the 2017-18 season – Maatta’s postseason experience can be valuable on a team with several players getting their feet wet in the playoffs.

I polled a couple of colleagues for their perspectives:

“Maatta would be the 7th defenseman,” Russell Morgan said. “(He’s) been playing much better of late, but I don’t think he would be a better option than (Tobias) Bjornfot. Yes, we want to see the team succeed this season, but important games like this down the stretch are massive for Toby’s development.”

“I guess it depends right? If he is a piece included in a Chychrun deal, then I don’t think anyone in LA management should balk at that,” Joe Patarino said. “If they bring in Chychrun without Maatta, then I’m all for having him as the 7th defenseman – but the question is then Toby. If he’s also not in a Chychrun deal, I imagine (Bjornfot) would have to go to Ontario.

For Option 2, this assumes we don’t add another D man, right? In that scenario, yes, I have Maatta (as the 7th D man). But it’s kind of a two-parter in that there’s a scenario of Edler is back and there’s no LD addition, or Edler comes back and there is also an LD add via trade.”

So, at first glance, Option 2 would appear to make the most sense unless something falls into the LA Kings’ laps, where Maatta could be off-loaded to get a deal across the finish line. That said, I don’t think he would make or break a trade with Arizona, let alone any other team.