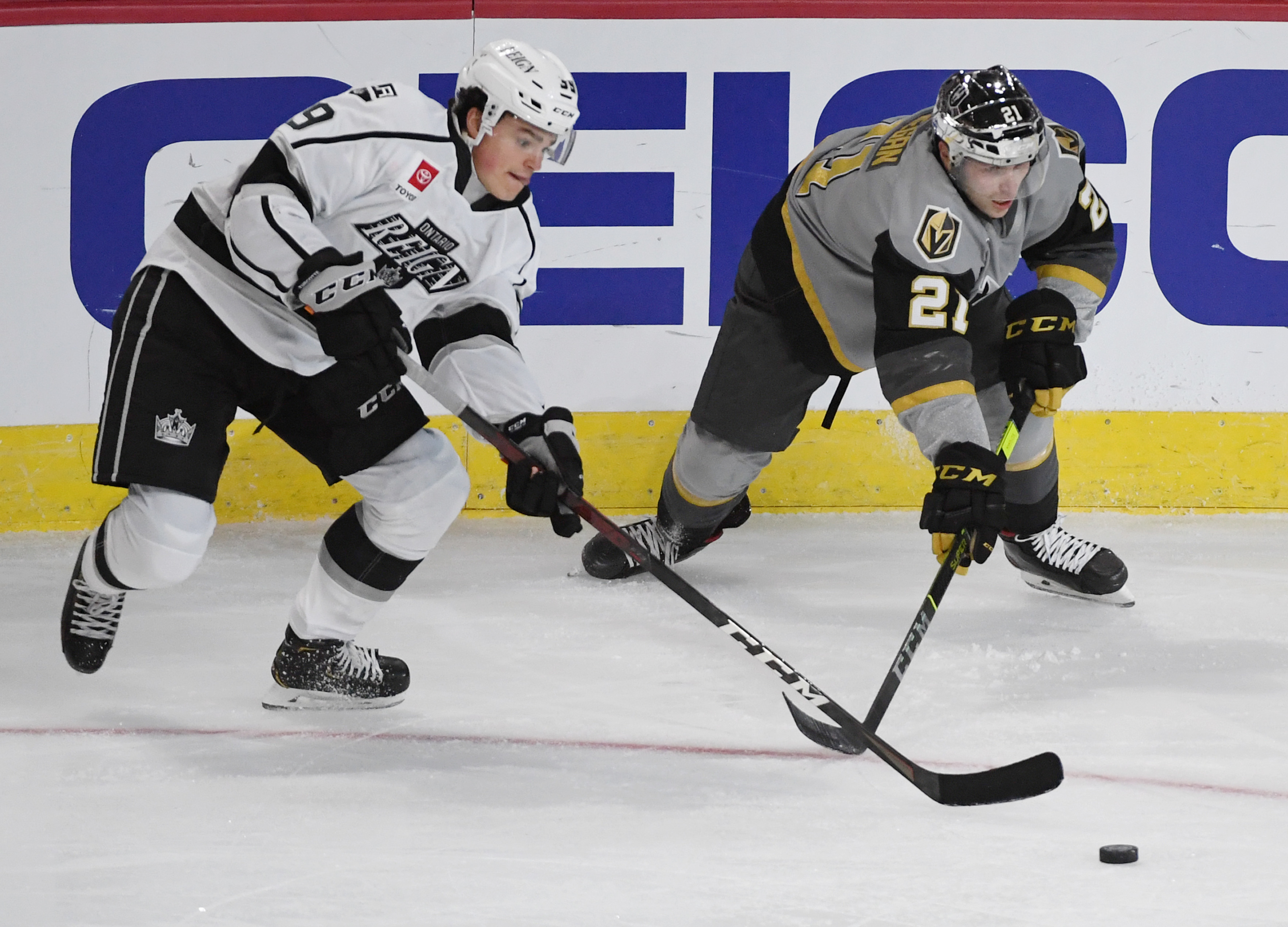 Fresh off a weekend sweep against the San Diego Gulls, the Ontario Reign visit Henderson for a mid-week tilt against the Silver Knights.

Three things to watch as the Ontario Reign take on a middling Henderson Silver Knights team.

Keep up the momentum

The Ontario Reign swept the weekend against the San Diego Gulls, pulling them back within two points of the Stockton Heat in the divisional standings. Unfortunately, Stockton has a game in hand, but with a little luck, the Reign can still be in the hunt for that divisional championship. Riding a two-game winning streak and now winners of six of their last ten, the Reign seems to have gotten back to their winning ways. They still stand 12 points ahead of Bakersfield, so unless they truly collapse down the stretch, there shouldn’t be any reason to fret over the outcome of the season.

Ontario is a goal-scoring team. They pound opposing goaltenders with shots and keep up the pressure throughout the game. They have totaled 1,239 shots this season, averaging 29.5 per game. The fact that they are generally scoring on about 4 of those shots (a 13.6 shooting percentage) is phenomenal and is further proof that the LA Kings pipeline is offensively strong. Perhaps future Januarys won’t be the month of no scoring. If the Reign can keep putting the puck on the net, they can open up offensive chances and get the puck past the goaltender. No goaltender playing for the Henderson Silver Knights has a GAA of 3.00 this season (though Dylan Ferguson’s 2.99 is close) and all of them hold a save percentage of over .900. This means The Ontario Reign are going to have to pepper them with good shots to get the win.

What happens if there is change?

It’s getting closer to the trade deadline and speculation is getting hot. Will the LA Kings make a move for Jakob Chychrun from Arizona? What about Travis Konecny in Philadelphia? What does this mean for the Reign? Ontario, like any other professional team, wants to win. They want to win championships and keep a strong roster intact. One of the biggest issues facing them is that turnover is coming. With the parent team inching closer to playoff contention, the sale of prospects could happen faster than the Reign intend.

Gabriel Vilardi and Jaret Anderson-Dolan have been in conversation (JAD not as heavily, but he has been mentioned) about possible trades, but how can the Reign survive such a thing? The two of them have a combined 33 goals for the team. For those keeping track, that’s 19 – NINETEEN – percent of the team’s total output. Can you survive losing nearly one-fifth of your scoring potential? The quick answer is no. However, the team has plenty of depth and there is a core to this team. T.J. Tynan, Martin Frk, Brett Sutter, among others, are going to keep this team rolling. Through 42 games, the team has 60 points. Contrast that to last season where in 40 games, the Reign totaled 38 points. They are a very different team this year and the success should keep coming regardless of what lineup changes occur.