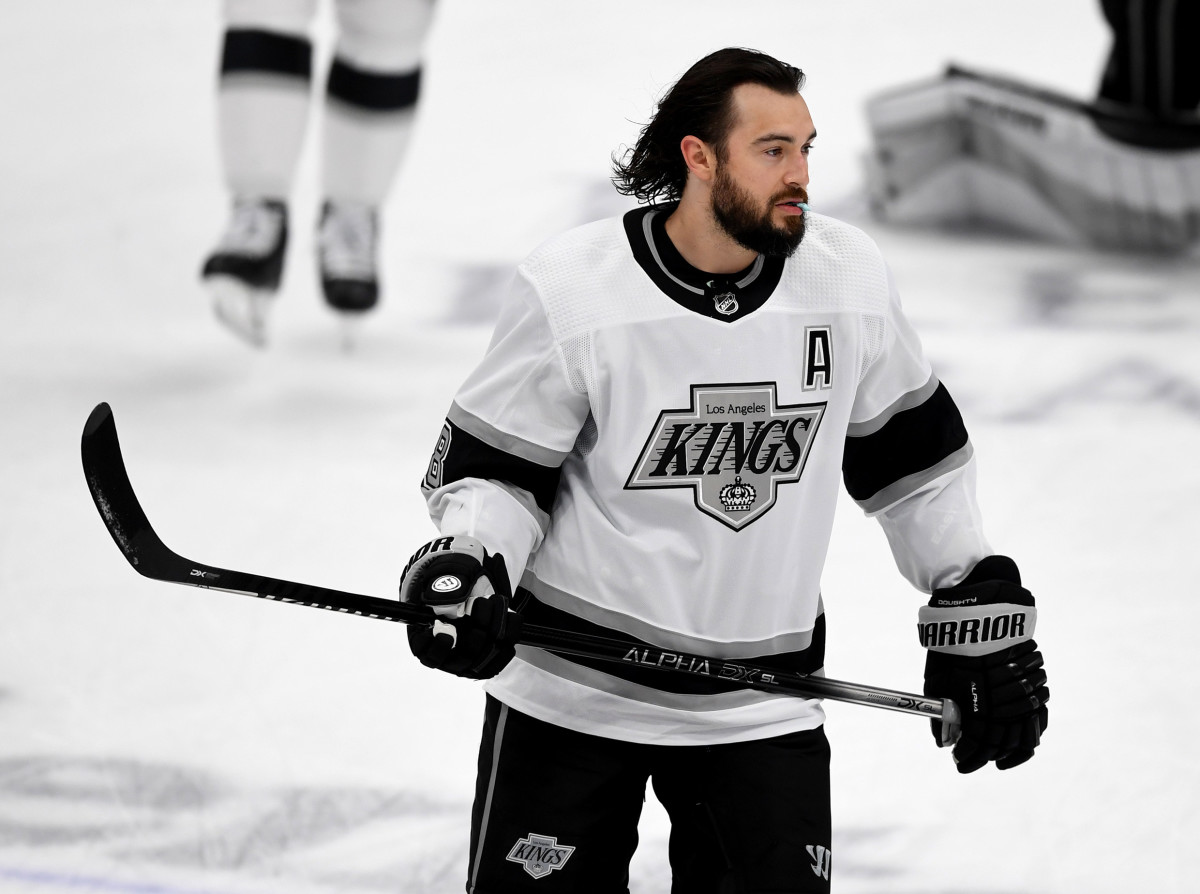 Drew Doughty was criticized relentlessly over the last few years. This season, however, he is proving the doubters wrong.

When LA Kings defenseman Drew Doughty was injured earlier this year, he was on pace for the best season of his career. After a five-week stay on injured reserve for a tibial plateau contusion, Doughty has returned healthy and picked up right where he left off.

The future Hall of Fame defenseman has shown that he can still turn back the clock. At 32 years old and having a lengthy career resume, Doughty plays like he still has something to prove.

When Doughty won the Norris Trophy for the 2015-16 season, he recorded 51 points in 82 games while averaging 28:01 time on ice. His consistent defensive performances made him a force, and people took notice. This year people are also noticing. Doughty has so far put up 29 points in 31 games and is still leading the Kings when it comes to both defensive play and ice time at 25:43.

The almost point per game rate is impressive all by itself and would be a career-best. His improved defensive play compared to the last few years stands out as well. In the past three seasons, Doughty’s plus/minus (a stat that he prides himself on), was in the negative. The 2018-2019 season was particularly bad at a minus-34. He has drastically improved this statistic in 2021-22, currently sitting at a plus-7.

His dip in play before this season invariably brought on the critics. Many wondered if Doughty was too old, or just simply lost the spark that had once made him arguably the most effective defenseman in the NHL.

As the whispers grew, so it seemed, did Doughty’s determination to prove them wrong. This season has so far silenced the critics who now collectively marvel at his resurgence. Doughty, himself, has recognized the improvement when he analyzed his game after a recent win over the Arizona Coyotes, “It’s one of my best seasons I’ve ever played for sure.”

If it wasn’t for his injury earlier in the year, he might be included in the conversation with the likes of Cale Makar and Victor Hedman to win yet another Norris Trophy.

Just going to leave this right here for all the Norris Trophy voters.#GoKingsGo pic.twitter.com/6a47KCSqy5

The LA Kings are in the playoff hunt and it is due in large part to the play of their premier defensemen. He has not only elevated his overall play but also serves as an example to his younger teammates. They’ve seen him continue to excel amidst all of the outside criticism and despite suffering an early-season injury.

Doughty’s determination and love for the game have energized his teammates at just the right time. He recently summed up the spirit of this team, “We don’t give up…we play hard right ’til the end.”

Even while acknowledging that this year is one of his best, Doughty knows that every game brings new challenges. “Every game is a playoff game for us right now. So you can’t look too far ahead. Just look at the moment you are in at that time.”

Drew Doughty’s moment is now and his impact is undeniable.