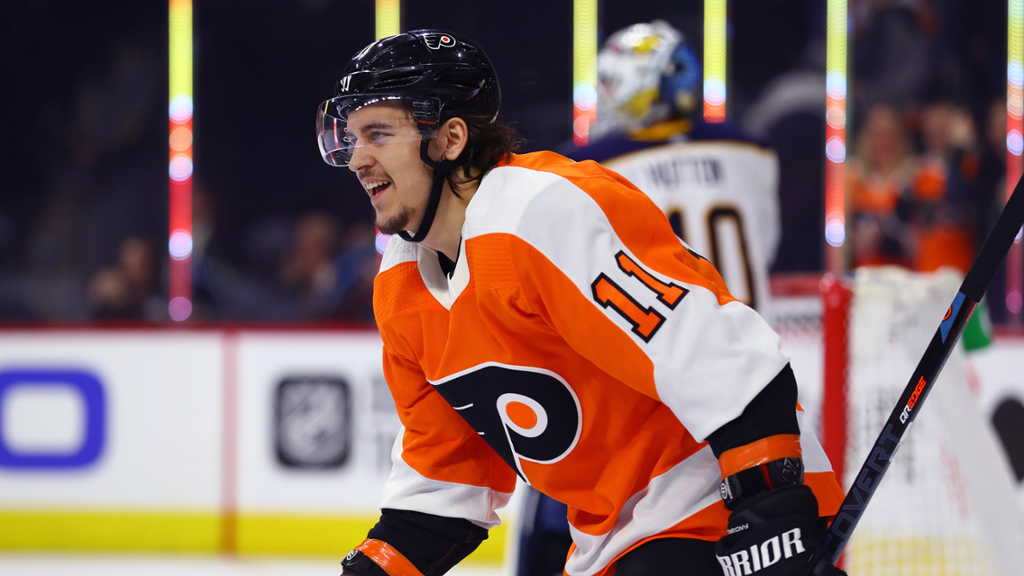 The LA Kings‘ main need is a top-tier left-handed defenseman, and while I can confirm they are looking into that, I can also say that they’ve shown interest in adding a top-six forward in Travis Konecny.

I've been told that the Kings have some sort of interest in Travis Konecny.

They'd like to add a top-six forward to the mix, and he's one that they've had their eye on.

Multiple teams are in on him, not sure how serious the Kings are, but there's interest there.#GoKingsGo

It’s hard to gauge how much interest the Kings have in Konecny, but sources told me on Wednesday that Los Angeles were among the many teams that have called the Philadelphia Flyers in regards to him.

Along with the Kings, I was told the Buffalo Sabres have also shown interest in the Canadian forward.

Konecny, 24, has eight goals and 30 points through 48 games played this season with the Flyers. He plays a pest type of game and would compare to a more skilled version of the Kings’ own Brendan Lemieux.

It’s unsure if the team would view him as a top-six forward in the lineup or if they’d want him in more of a depth role, perhaps next to Quinton Byfield and Andreas Athanasiou on the third-line, which in my opinion, would be a highly offensive trio.

Konecny is signed until the 2025 offseason at $5.5 million, giving whichever team acquires him, term and stability, as he won’t be a rental.

If the Kings do bring in Konecny, it’s safe to assume that a bigger contract would be moved out to make the Kings cap compliant. This is what leads me to believe that this would be an offseason move, not a trade deadline move, if it were to happen, as Dustin Brown will become a free agent in the summer and clear $5.875 million in space.

The Kings view Lias Andersson as a trade chip going forward, so it’ll be interesting to see if he’s potentially used as an asset to facilitate a Konecny trade. However, I don’t think he possesses enough value to be the main part of a big trade like that, and he’d more so be a sweetener if he were to be moved for a big return.

Nonetheless, the LA Kings have looked into Konecny, and if they were to add him, that would have the potential to be a scary lineup.